Our Lady Help of Christians, Nativity of the Blessed Virgin Mary and St. Aldabert Catholic Churches have lined the Port Richmond street since the dawn of the 20th century.

Mother of Divine Grace Church, Saint George Parish and St. Anne Parish have also existed in the community for generations. For decades, each structure would fill weekly on Sundays with Catholic parishioners Port Richmond community. 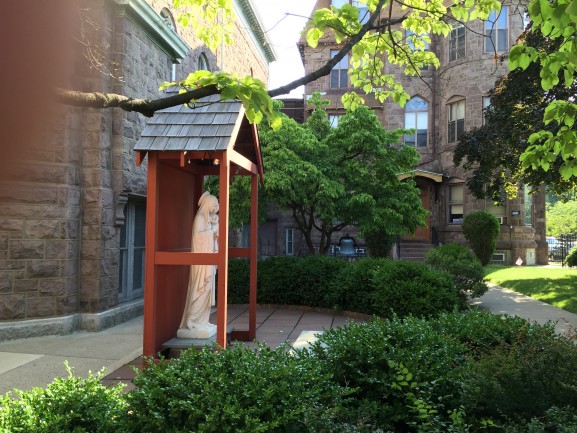 This no longer remains the case.

“Years ago, they were all packed and they’re not packed now,” said Father Dennis Fedak, the pastor of both Nativity B.V.M. and Our Lady Help of Christians. “They all realize something has to happen.”

In September 2014, five of Port Richmond’s six Catholic parishes were announced to be among 14 churches under review by the Archdiocese as part of a continuation of the 6-year-old Parish Area Pastoral Planning Initiative. The group of Port Richmond parishes under review – which did not include St. Anne’s – were the only churches from Philadelphia reviewed in the 2014-15 cycle, and joined nine others from Delaware and Montgomery counties.

The Archdiocese announced in May that it needed further time to study and discuss the Port Richmond parishes before ultimately deciding the fate of each parish. In its announcement, the Archdiocese noted that Port Richmond featured a large number of personal parishes in an area facing a declining number of active Catholics.

“To see a church like St. Aldabert close where my family’s history is … it would be sad,” said Michelle Ganley, a religion teacher at Our Lady of Port Richmond Regional Catholic School and a lifelong St. Aldabert’s parishioner. “It would be really sad.”

Citing a need to review the resources and average numbers of attendance for its parishes, the Archdiocese of Philadelphia began the Parish Area Pastoral Planning Initiative in 2010. Fifty-two of its parishes have closed since.

The rising number of Catholic parish closings and mergers in recent years, including 16 church closings within the Archdiocese in 2014, sheds light on a years-long issue.

“The biggest issue for the whole Catholic church is the lack of people attending Sunday masses,” said Rev. Msgr. Joseph Anderlonis, who serves as pastor for Saint George. “That’s the biggest problem we have. If you have empty pews and empty [collection] baskets, you can’t run your church that way.”

According to the latest available data provided by the Archdiocese, it had 34,000 fewer parishioners registered in 2013 compared to 2009. The numbers of assigned priests dwindled from 388 to 316 in that time, while the ratio of priest to parishioner increased to 3,600 to one.

“It’s a crisis within the whole church, it’s not just here in this neighborhood,” Fedak said. “It’s throughout the entire Catholic church, throughout the whole country and probably the whole world. It’s something that you have to deal with. As far as trying to get people to come back, how do you do that? It’s hard.”

Such trends in Port Richmond, though, have been problematic for the neighborhood for some time.

Due to declining enrollment and cutbacks within the faculty, the Catholic schools at St. Adalbert, Nativity B.V.M and Our Lady Help of Christians were merged in 2008 to form Our Lady of Port Richmond. The new school opened in September 2008 at the site of the former St. Adalbert School on East Thompson Street. 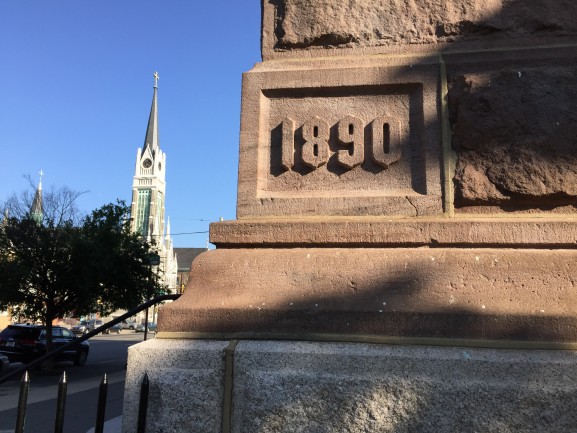 A Nativity B.V.M. afterschool program takes place at the old Our Lady Help of Christians school during the school year.

“It was a transition for the children but more of a serious transition for the families, for parents, for adults,” said Sister Mary Ripp, principal at the regional school. “Even though we were three Catholic schools, there were little bits of cultural differences in each one of them.”

Both Fedak and Anderlonis are both members of the Archdiocesan Strategic Planning Committee, which was tasked with recommending a solution that would help sustain the neighborhood’s churches currently up for review.

“It’s not just a question of finances but what’s the best scenario to serve the needs in the present day and age for the people that we serve?” Anderlonis said. “That’s the business we’re in. That’s what we’re here for.”

Though the decision that will announce the fate of the five parishes under scrutiny will be pushed back to next year, Fedak said a change is inevitable.

“I think something has to happen but I don’t know what the answer is,” he said. “We worked real hard and we couldn’t come up with the solution. But something has to change. Somebody’s going to get hurt.”

The Community Center at Visitation (CCV) is one of many outreach facilities dedicated to improving the quality of life in Kensington. Led by Sister Betty Scanlon, a Sister of Mercy and director of CCV, the […]

The Archdiocese of Philadelphia’s Office of Catholic Education announced Wednesday a partnership between Holy Family University and Archbishop Ryan High School. Ryan students who graduate with a GPA of at least 2.5 will be eligible for admission […]