Friday evenings in Manayunk often consist of recent college graduates preparing for a night out on Main Street. This has become the norm for the young adults who rent homes in this community and are taking advantage of the nightlife in their new neighborhood.

Beginning in the mid-1990’s, college students and college graduates from the Philly area started to see the convenience and potential of the Manayunk neighborhood. 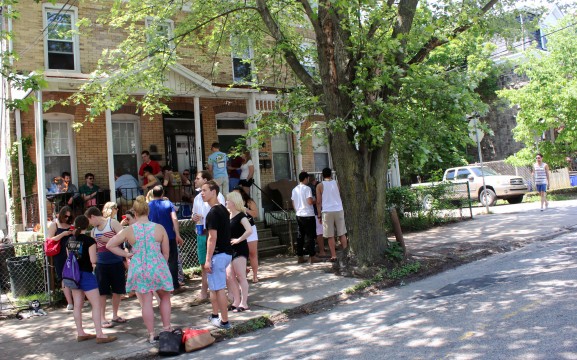 “I moved to Manayunk for graduate school because the commute was easy,” said AJ Adams, a 26-year-old who rents a home in the neighborhood. “I moved here with the mindset that it’s a popular town and there’s always something going on.”

Moving to Manayunk was an easy transition from college, he said.

“There are bars that are notorious for being college bars,” said Adams. “There are other bars with great atmospheres to have a drink or to get a really nice dinner, so I see both sides.”

Events such as the Philadelphia International Cycling Classic appeal to the college-aged crowd because it gives them an opportunity to day drink and party more openly than other days.

Many young adults who rent apartments in Manayunk invite friends over on the day or the weekend of the bicycle race. 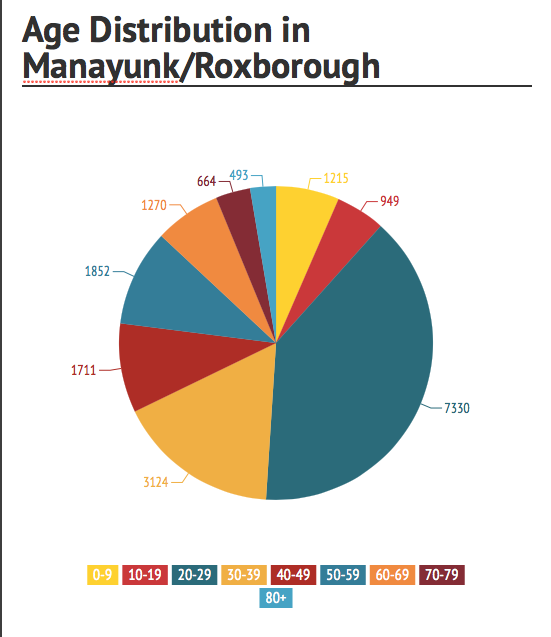 “My brother has lived in Manayunk for five years. He and his roommates have a party on this day every year,” said Jamie Hennessy, a Temple University student. “My buddy and I came down on the 7:40 train this morning. It’s my first time here for the bike race and it’s a great time.”

The young renters and their visitors have gotten a bad reputation since the demographic change has occurred although some local residents say most of them don’t actually cause any trouble.

With all these young people renting at such a high rate, many older homeowners are becoming overwhelmed. They assume the worst about all the new renters.

“I would say 70 percent of the children who come here, because they are children, behave,” said Tom Lees, a local homeowner. “There is that 30 percent who think they can do whatever they want.”

“For the most part, everyone’s respectful and they pretty much respect the residents that have been living here,” said Chuck Taylor, a long-time homeowner in the neighborhood. “They do have their parties but they don’t usually get out of hand.”

Though the bicycle race is a day where negative events can occur, over the last few years, administrators from Philadelphia International Cycling Classic have worked closely with town leaders to hopefully make the bike race a more family-friendly event.

“Part of our role was to mediate the partying a little bit,” said Michelle Freeman, the head of community outreach and spectator engagement for the Philadelphia International Cycling Classic. “We connected with the Roxborough Civic Association and the neighborhood groups to work together and make this more of a family-friendly event.”

Over the last two years, Freeman added, it’s been a lot more quiet.

Along with the changes being made to the bicycle race, other events are also trying to cater to the ever-changing age groups in Manayunk, including both families and young college graduates. 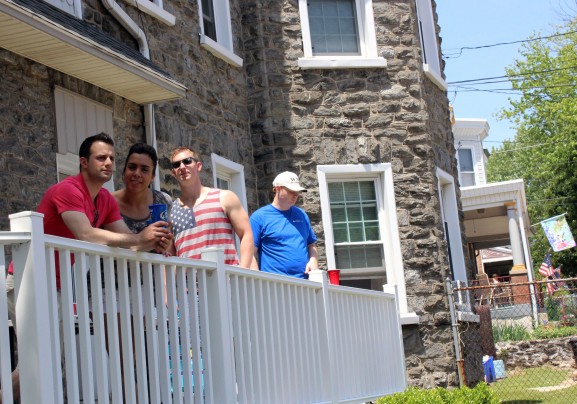 Joe Decandido, owner of Roxborough-based Advent Advertising, has been working with these organizations to make these events more suitable for all age groups. Advent runs the beer garden at the annual StrEat Food Festival in Manayunk, and created the Mummer’s Mardi Gras Parade at the Piazza, which was a 21 and over event. This year, Decandido decided to bring the event to Main Street in order to make it suitable to all ages.

“I saw children standing on the sidelines watching their dads in the Mummers costumes,” Decandido said. “So we felt we had to make it family-friendly.”

These events in Manayunk, along with Roxtoberfest, Solstice Festival and Art is Life Festival, which are held in Roxborough, are events being held to highlight this diverse community.

Though at first, there were negative opinions surrounding these new renters coming into the neighborhood, it has encouraged the community to mold into one. Now that this change has become the norm, residents are starting to realize the full potential of what Manayunk and Roxborough can become.

– Text, images and video by Patrick Paul and Chelsey Hamilton.

Arts and Entertainment: Spoken Word, Comedy and Storytelling Communities Band Together For a Cause

“I don’t know half of you but I love all of you,” said MJ Harris – a rapper, teacher, storyteller, poet, actor and cancer patient – setting the tone for the first Inter Genre Story [continue reading…]

Majeedah Rashid is the COO of the Nicetown Community Development Corporation (CDC), an organization dedicated to uplifting the community through education, better housing and financial stability. The Nicetown CDC has maintained that goal since its [continue reading…]