A now famous 2011 Pew Research poll found that America’s younger population differs greatly than past generations in regards to the notion of socialism.

“Today, it has become much easier to talk about socialism,” said Dustin Guastella, co-chair of the Philadelphia Democratic Socialists of America. “Some of the older folks in our organization have said it was much harder to do in the ’80s and ’90s. Nowadays, a lot of young people see it as a more positive term.”

Millennials grew up in the post-Cold War era, when red scare tactics have dissipated but remnants of this culture have stuck.

“Until a majority of folks in this country are mature enough politically to say, ‘So what? Most democratic capitalist societies have such programs and in those countries, socialism isn’t a dirty word,’ the United States will remain the most inegalitarian of the major capitalist democracies,” said Joseph M. Schwartz, a DSA member and political science professor at Temple University.

Following the economic collapse of 2008, many young people started to look critically at the American economic and social structure. Through outlets such as the Occupy Movement, socialism has been discussed as a social and economic system while the fear-based rhetoric has seemingly been reassigned to America’s ‘new’ greatest threat, terrorism. 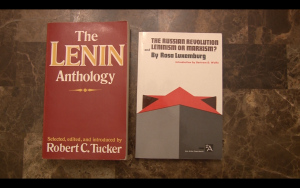 Later this year, Pope Francis I will visit Philadelphia. Many conservative pundits, such as Rush Limbaugh, have spoken out against Francis’ critique of capitalism.

Next year, the Democratic National Convention will descend on the city. Barring a surge from former Maryland governor Martin O’Malley, it seems that Hillary Clinton’s biggest hurdle will be independent Vermont Senator Bernie Sanders, a self-described democratic socialist.

The Philadelphia DSA is planning a grassroots event in September to bring attention to the Sanders campaign.

“The general idea is to get a panel of people together and talk about Bernie Sanders to one, educate people about, ‘Hey look Bernie Sanders is running, who is he, what does he care about?” Henderson said. “And then two, to also engage activists. There really needs to be a movement from people on the ground.”

As more people partake in different health and fitness trends, it stands as no shock fitness studios in Philadelphia are looking for different ways to spice up a work out. Those who find running on [continue reading…]