Laughter could be heard from the sidewalk outside of the homeless shelter known as My Brother’s House. A large blue-and-white-tiled mural stretches along the side of the building, along with the words, ‘Home away from Home,’ a phrase that holds great meaning for the men inside.

My Brother’s House, located at 609 S. 15th St., is one of 14 programs Bethesda Project has set into place to assist Philadelphia’s homeless population.

My Brother’s House is a Safe Haven program offering pre-recovery housing and an array of supportive services to single men with chronic mental illness and substance abuse problems. They also provide case management to help the formerly homeless achieve their highest personal potential. 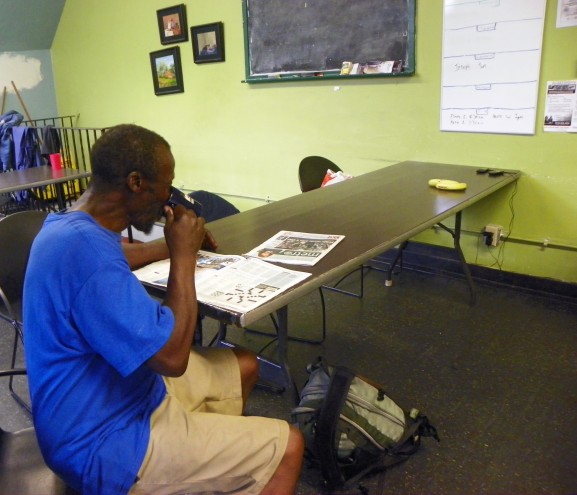 Bethesda Project was founded in 1979 when Reverend Domenic Rossi and members of his prayer group stepped up to help a group of homeless women in Center City.

Reverend Rossi and his group committed to caring for the women as they would their own family members, and rented an apartment on 12th and Sansom streets for them to stay in. They even tried to help the women cope with various mental illnesses.

Shortly after, the group realized homelessness was on the rise in Philadelphia. Bethesda Project quickly became a registered nonprofit organization to help those in need.

They began serving single men and women, as well as provide homes for them. Today, 87 percent of Bethesda Project’s budget is spent on direct services. 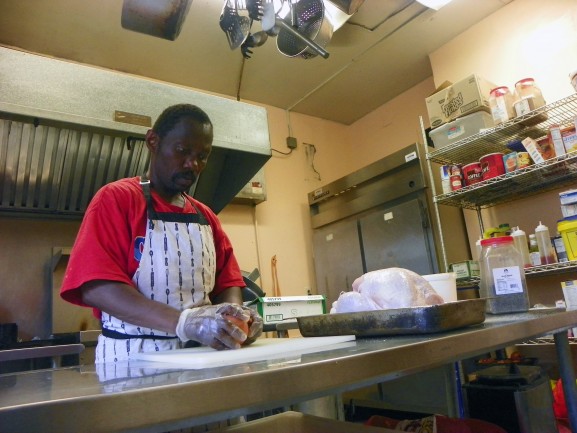 Every individual experiencing homelessness has a unique story and faces unique challenges. By providing multiple locations, and networking with local churches and other nonprofits, Bethesda Project tailors their locations to meet the individual’s different needs. These locations range from drop-in shelters to independent housing.

Frank Eleby, 51, has been homeless for 30 years. A troubled home life and a lack of an education led him down a path of drugs, alcohol and violence. Eleby said he is going through the Bethesda Project program a second time with his hopes as high as ever.

“The first time I was here about a year and a half, and then I ended up getting a housing voucher,” said Eleby. “I lost it because I got lonely, I got bored. I wasn’t used to living by myself. Despite all of that, Bethesda Project gave me a second chance. I’m motivated not to give up this time.”

Chronic homelessness is when an unaccompanied homeless individual with a disabling condition has been continuously homeless for a year or more, or has had at least four episodes of homelessness in the past three years, according to the Community Advancement Network.

Joseph Barnes, 48, has experienced chronic homelessness since he was 28 years old.

“I remember laying on the sidewalk, ice and snow all around me,” said Barnes. “I’m out there with just a coat on. To have people just walk past me like I’m trash. Then I get the stares, the whispers and all that shit. That shit right there will do something to you psychologically.”

Bethesda Project focuses on providing the core values of social work which include service, social justice, dignity and worth of the person, importance of human relationships, integrity and competence. 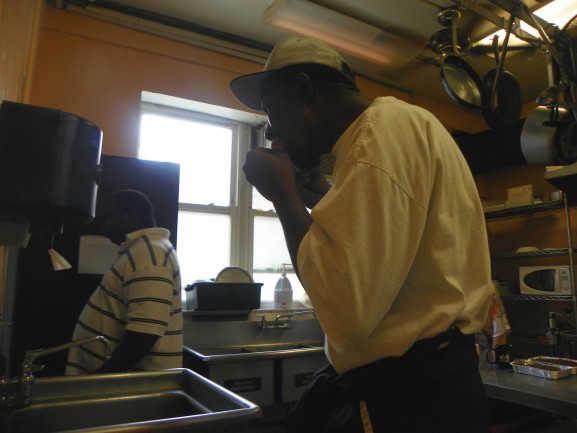 Misty Sparks, director of entry-level programs at Bethesda Project, has spent the last 14 years creating and applying innovative solutions to end street homelessness in Philadelphia. A Texas native, Sparks relocated to Philadelphia where she served at a women’s safe haven, which then sparked a passion in her for helping the homeless.

“I always say it’s a job that found me,” said Sparks. “I did a volunteer stint in Philadelphia and my volunteer placement was at a women’s safe haven, and I kind of just fell in love with the population. I have worked in this line ever since then.”

“We offer food and overnight shelter when the homeless need it,” said Kerr. “With the Methodist Hospital right here, we have a lot of people who frequently stop by. We have also handed out gift cards in the past for them to buy food.”

According to the Trevor’s Campaign for the Homeless website, Philadelphia is America’s fifth largest city with a population of 1.3 million people. 400,000 of those people live in poverty and 13,000 people are homeless annually.

The Philadelphia Housing Authority has 100,000 individuals and families on its waiting list for affordable housing. Each year, approximately 1,500 families become homeless.

-Text, photos and videos by Christine Irving and Sarah DeSantis

Since its opening in 1969 Essene Market & Café, located at 719 S. Fourth St., has been providing the surrounding neighborhood with the some of the healthiest and most wholesome food around. Not only does [Read More]