Barrett Playground, located at 8th Street and Duncannon Avenue, is a haven for many of the youth in Logan. The playground is also the official location of the annual Marvin Kilgore Basketball Camp. This August will be the seventh year that the week-long camp has been up and running.

Marvin “Marve” Kilgore, 30, is a neighborhood basketball legend in the Logan section of Philadelphia. The 6’3” guard who played at the University of Texas El Paso, uses basketball as a tool to survive, travel and inspire.

“I’ve been doing the camp for about six years now, this will be my seventh year, and it’s nice,” explained Kilgore, who played professionally in five different countries. “It’s good to give back to the community and have so many people come out to help. The love we get from the community is just awesome. It’s why I keep doing it.”

In the past, NBA players and star college players have come to assist Kilgore with his camp and mission of the community. Last year, former Duke University star, Nolan Smith, Los Angeles Lakers’ Wayne Ellington and former Phoenix Suns player Dionte Christmas were all guest speakers and coaches.

Kilgore credits his talents to the basketball family that he comes from. His grandfather, father, and uncle all had a passion for the sport. This passion for the game tricked down to Kilgore and continues to inspire the basketball players of neighborhood. ‘Kilgore’ is a name that residents of Logan all are familiar with according to camp attendee Ishmael Marshall.

“Marve is kind of like a local legend around here. Everybody knows Marve because he’s one of the only people to like make it with basketball, said Marshall. “He’s someone I look up to coming from the same place I come from. It shows that if I work hard I can be just like him. I can make it too.” 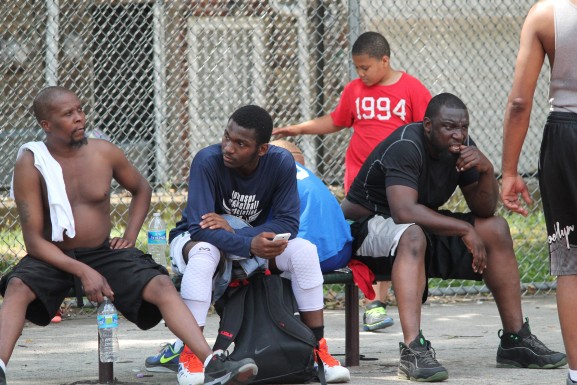 Having a positive role model to look up to is something 18-year-old Ishmael recognizes as he tries to mentor his younger brother Isaiah. The importance of having someone in the family that a young person can look up to is what inspires Ishmael to set a good example for his brother.

“I want my little brother to see me and be able to think good of me, to look up to me and want to listen to me, said Ishmael. “That’s why I focus on this basketball thing and staying out of trouble so he can learn all the things that I learned from playing.”

Passing morals and traditions down within the family is also familiar to Kilgore. At just six years old, Kilgore’s father instilled in his son the importance of developing fundamentals and teamwork. During early morning workouts at Barrett’s playground, Kilgore’s father would have his son perform drills to work on his passing, ball handling, and shooting.

Later during the day, the two would continue with evening workouts after school at the Logan Police Athletic League Center located at 11th and Rockland streets.

The neighborhood legend is known for his dangerously quick spin move, which made it hard for defenders to stop Kilgore in transition. “I learned the spin move from my father. It’s sort of like a family thing. It was one of the first moves he taught me and I’ve been using it ever since.”

According to Kilgore, basketball was his family’s way of keeping the youth out of trouble.

“It’s good to get the kids involved and keep them off the streets,” explained Kilgore. “I know for me growing up basketball was a big motivator for me to stay focused and make right decisions. If I wasn’t given basketball at a young age I don’t think I would be where I am today.” 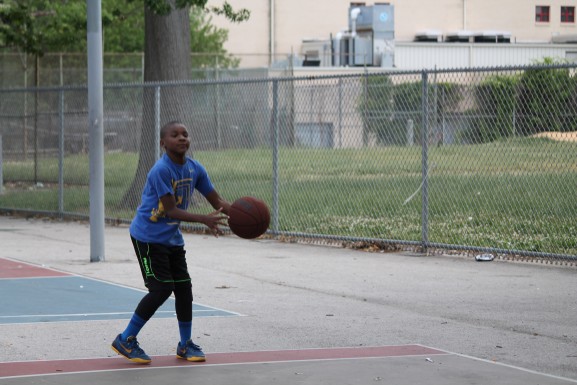 Kilgore’s annual camp also provides an outlet for the volunteers that help Kilgore run the camp each summer. It helps members of the community that are too old to attend the camp to still be able to participate and give back. Camp volunteer Anthony Johnson has been helping Kilgore run the camp since it first began seven years ago.

According to Johnson, the camp does more than help out the youth. “It helps everybody. All the people that come out [are] crazy. It’s an event, the whole neighborhood comes out. I’m thankful to be a part of it every year,” said Johnson. 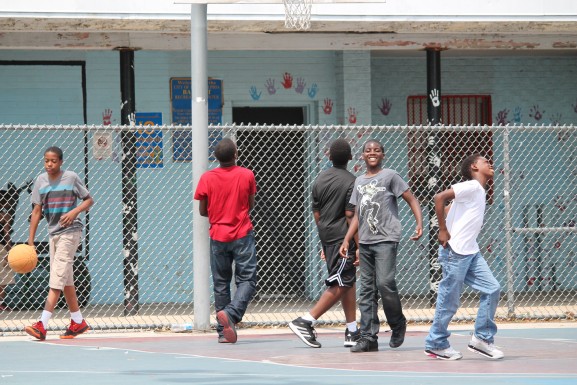 With basketball providing a solid foundation, the camp’s attendees have found what they want to do and are now being taught the skills and behaviors that will lead to success. This gives the youth the itch to keep playing.

“I can’t see myself doing nothing else,” said Ishmael.

– Text, video and images by Terence Oliver and Clayton Hoffstein.

Since 1999, the Manayunk Sport and Social Club has given local residents an opportunity to play sports, have fun and meet new people. The league offers a variety of sports, and attracts players of all [Read More]

[vimeo 63675884] Tragedy struck the Tustin Recreation Center Thursday afternoon when 17-year-old Bernard Scott was caught in the crossfire of gunshots that erupted during a fight on 59th and Lancaster. Scott was an innocent bystander, police said. Scott staggered [Read More]

The Athletic Recreation Center is more than just a place for kids to go after school and prides itself on treating each and every child who comes through the doors like family. Diane Scott (pictured above) [Read More]