It may surprise some to know that being a Catholic priest isn’t all about hymnal readings and Sunday services. It is in fact a full-time gig.

And though spirituality is a big part of it, being a history buff and community activist makes Father Ed Brady, of St. Anne’s Parish in Port Richmond, all the more qualified through the eyes of his peers.

Brady manages several different community projects and committees under St. Anne’s roof, including his esteemed Historical Committee, responsible for the recognition of the 150th Anniversary of the Civil War, when St. Anne’s parishioners fought in the 69th Irish Brigade. Many of the deceased rest in the church’s neighboring cemetery. 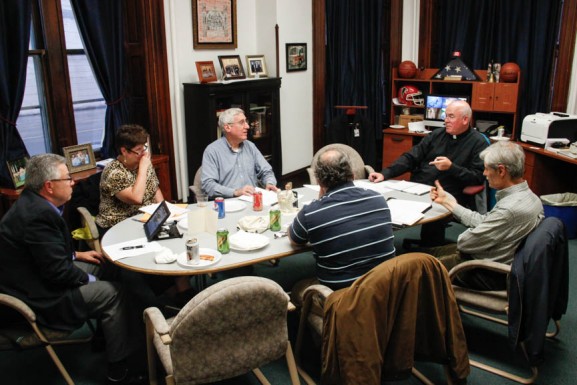 Important to note on the committee is Lou Ferrero, a retired engineer from the Spring Garden area. He volunteers on Brady’s Historical Committee.

“I came in mainly due to my friendship with Father Brady,” Ferrero said. “When he became pastor I heard he was forming a history committee, and though I’m an engineer I have an interest in history, especially catholic history. I thought it sounded scrumptious and juicy. And I was right. I got involved in great detail, where they needed an engineer’s mind.”

Ferrero befriended the reverend mainly through their mutual involvement with Irish-Heritage events in Philadelphia.

Ultimately, that led to their exchange of professional skills and three years of work within St. Anne’s Historical Committee. Ferrero said the committee’s work could contribute to the parish’s well-being.

“It’s the continued survival of the parish that is key,” he said. “Because we know what has to happen to parishes that aren’t making it in certain ways.” 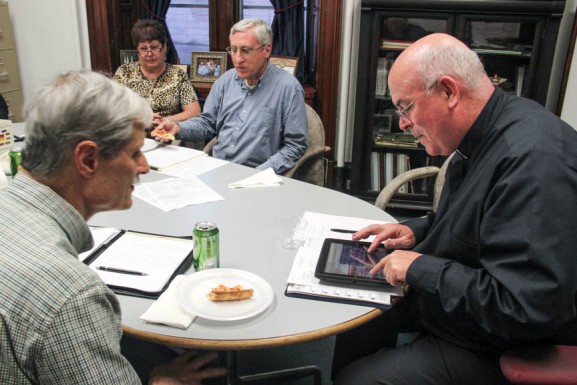 Alongside Ferrero, Kathy Wersinger also volunteers with the committee.

Though not a parishioner at St. Anne’s, Wersinger is a recent volunteer and committee inductee. Long-time friends with Ferrero and Brady, Wersinger was asked to hop aboard to help with promoting this historic event to local politicians and government officials.

“It was an easy fit for them to include me,” Wersinger, a Lawncrest resident who works for the 9th Council District, said.

But as a Roman Catholic, Wersinger said she finds herself frustrated with the integrity of many of today’s clergy. Her time working with the committee, though, has provided a refreshing experience, she said.

“Once I met someone as dynamic as Father Brady, it really shined a light into my beliefs,” Wersinger said. “I think Father Brady is a mover and a shaker when he wants something done. It’s a real positive thing for the catholic church.” 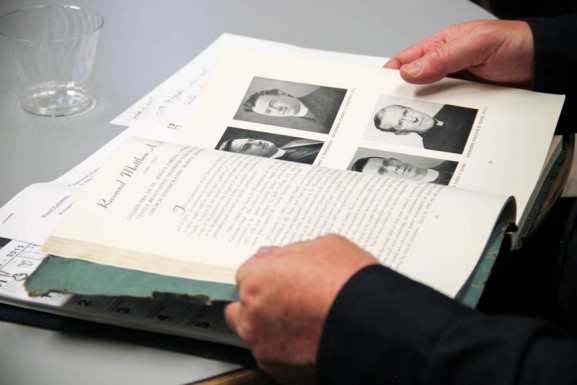 Wersinger said Brady’s personality is not a limited revelation. A room filled with Brady’s friends and associates, much like a Historical Committee meeting, offered insight into the pastor’s spiritual integrity and community influence.

“They brought one priest in to close the school, but then they brought Father Brady in to mend things,” said Kenneth Milano, a St. Anne’s parishioner and Kensington resident.

Brady was appointed to Pastor of St. Anne’s in July 2011, one month after the closing of St. Anne’s School, the parish’s grade school. And while he took over the parish in the light of the closing, Milano said the time could not have been more opportune to strengthen Brady’s relationship with the community.

“He started the Historical Committee with the idea to add value to the parish.” said Milano, who specializes in local history as the parish’s historian.

Brady, who has a strong background in community service from his time assisting in nursing homes, youth centers and serving as chaplain to the Pennsylvania State Police, said he was the right person for the job.

“I have a family connection as well as a love for the parish’s history,” Brady said, speaking on behalf of the committee. “We’ve been really blessed to have a certain amount of time that I can dedicate to the historicity of St. Anne’s.” 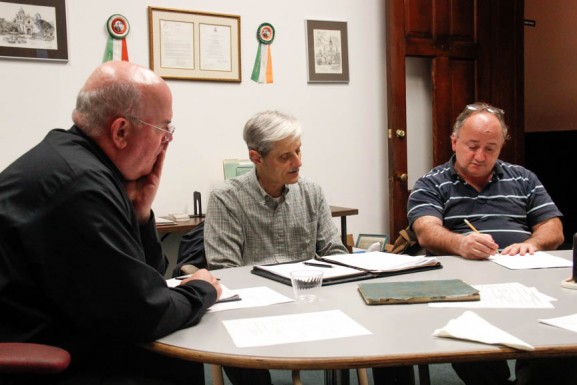 Big plans await St. Anne’s that could be of interest to the Port Richmond community. For the fall semester, NHS Human Services will also be open the former St. Anne’s School for children with autism and special needs.