A man dressed in dirty, oversized clothes goes to various corners in South Philadelphia every day with a sign that reads ‘homeless and hungry.’ He nods and waves to the cars who just pass him by, and gives his thanks to the drivers that stop briefly to give him money or food. Without this kindness, he would not eat. 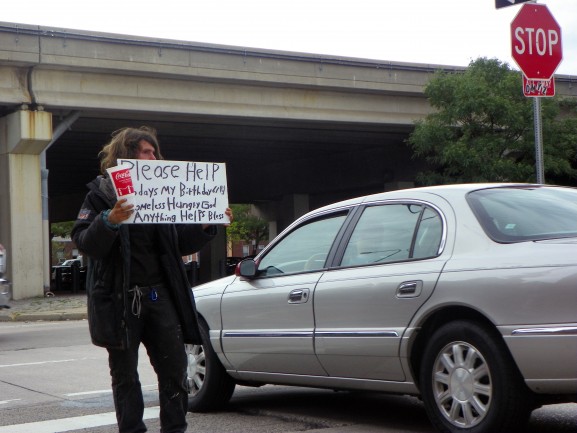 Michael Daly (above) has been experiencing homelessness for the past year. Daly, 21, said he cannot believe at one point in his life he had such luxuries like the opportunity to travel to California for vacation. Now, Daly said he has nothing.

“Most people ignore me, but sometimes people will yell things at me,” said Daly. ”They tell me to get a job, they tell me I stink—I hate that the most. If I could take a shower every day I would.” 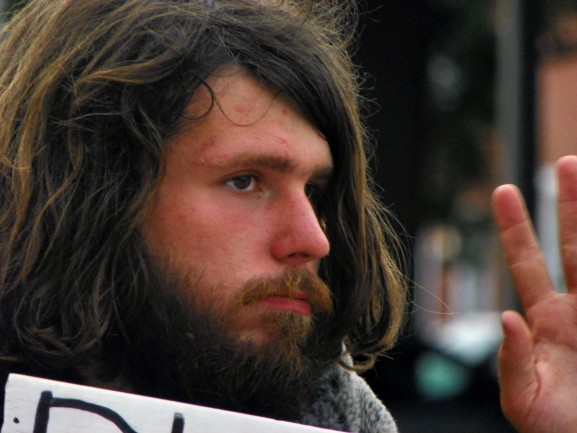 According to Project H.O.M.E., there are more than 500,000 homeless people in the United States. Out of all of them, 31 percent are living on the streets as opposed to a shelter.

P.B. (pictured below), 33, is what he calls an ex-traveler. Originally from Atlantic City, New Jersey, P.B. and his dog Malakye, who he found hopping around in the snow when he was a puppy, have traveled much of the United States and parts of Canada together for the past three-and-a-half years, by sneaking on freight trains. 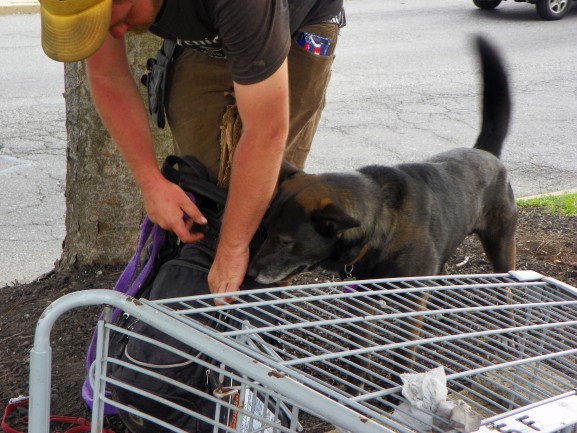 “I wanted to settle down in Philly,” said P.B. “I align myself with the underground punk scene. The hipsters think ex-travelers are cool, so they let me stay with them sometimes. But they’re wrong. There is nothing cool about this.” 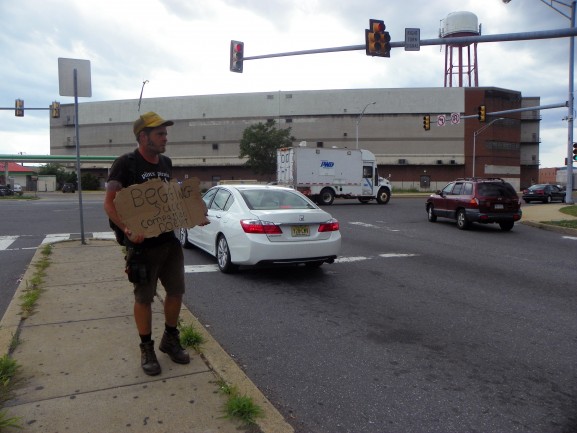 With extensive traveling comes an abundance of stories and experiences, both good and bad.

According to P.B., he has been lucky enough to have had a man buy him a sleeping bag made for weather below zero degrees, an act that he thinks saved his life that winter.

However, he has also had multiple men pull weapons on him just for being in the wrong place at the wrong time.

“I’ve seen five people die before,” said P.B. “I’ve seen a guy get his head smashed in by a lock wrapped in a handkerchief. I had a man come at me with a knife telling me to get off his street. Like his name was on it.” 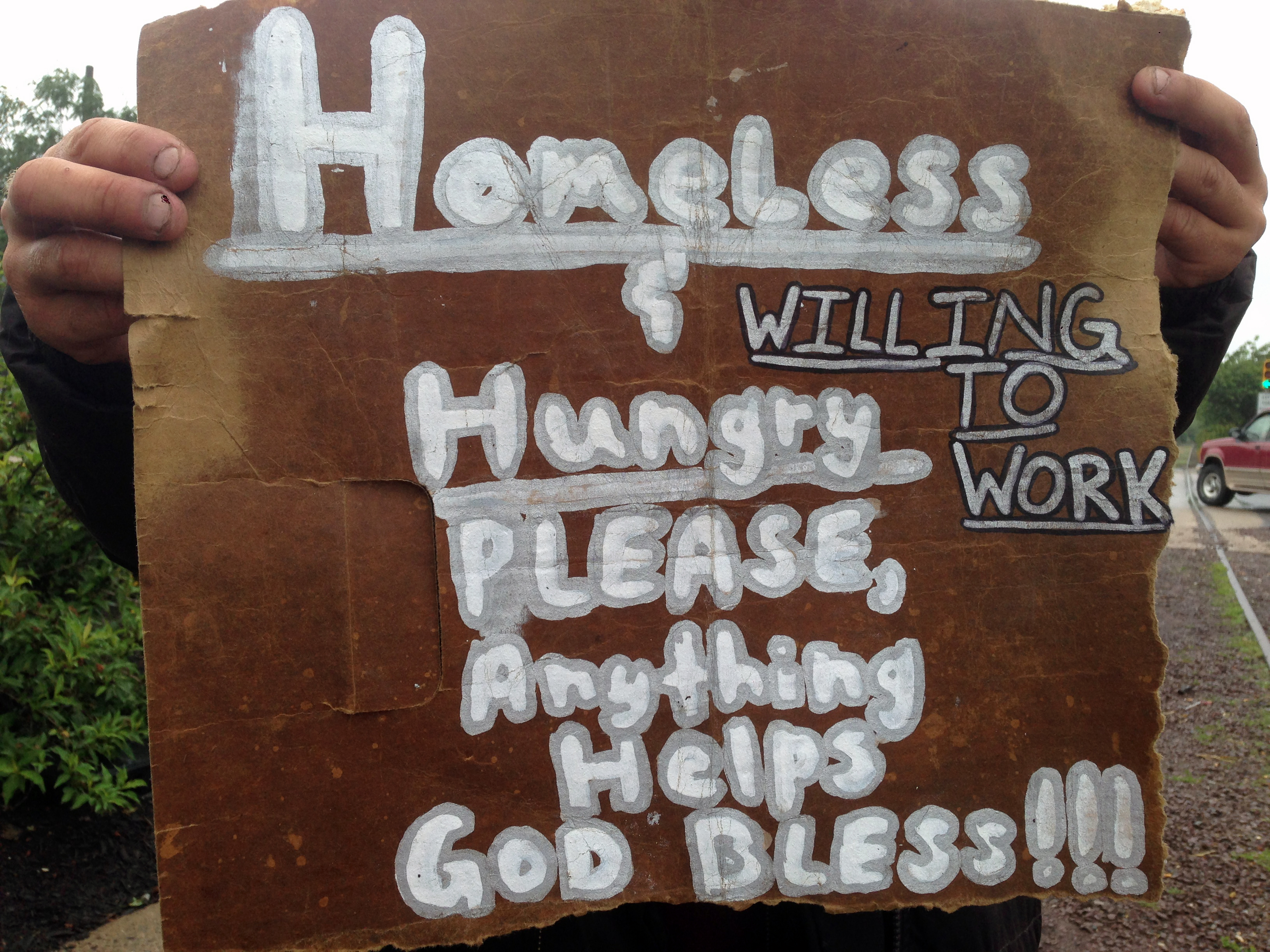 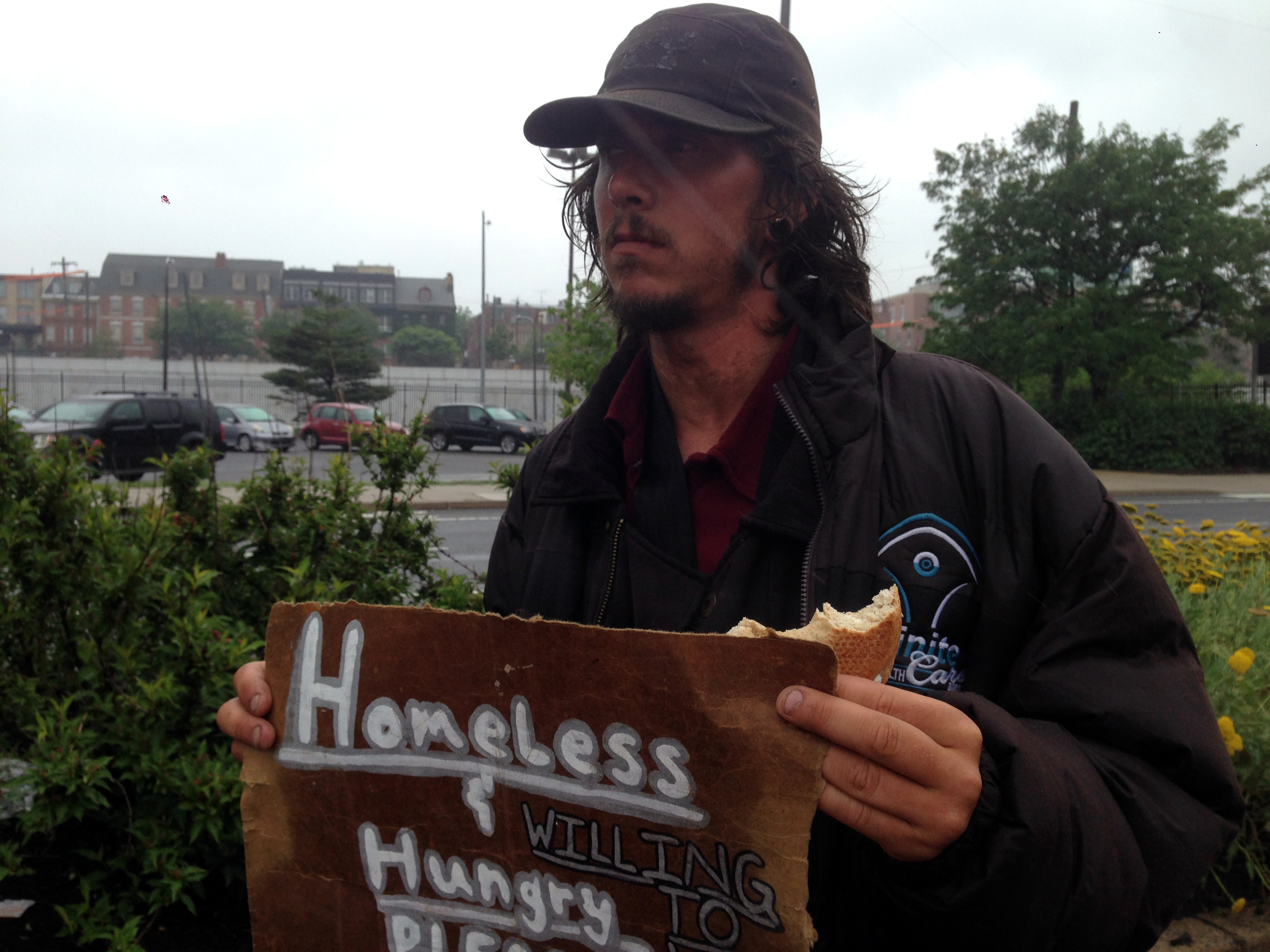 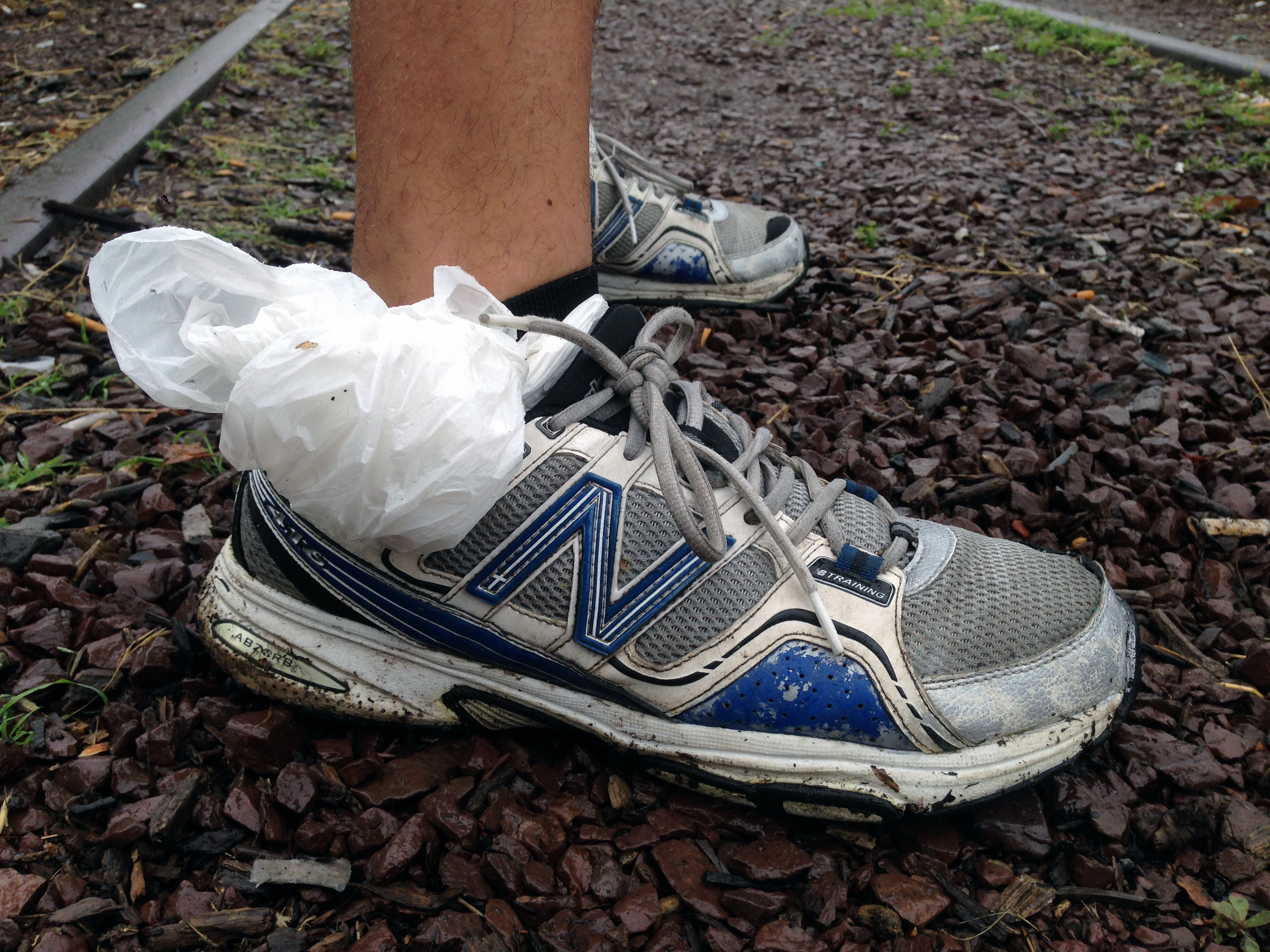 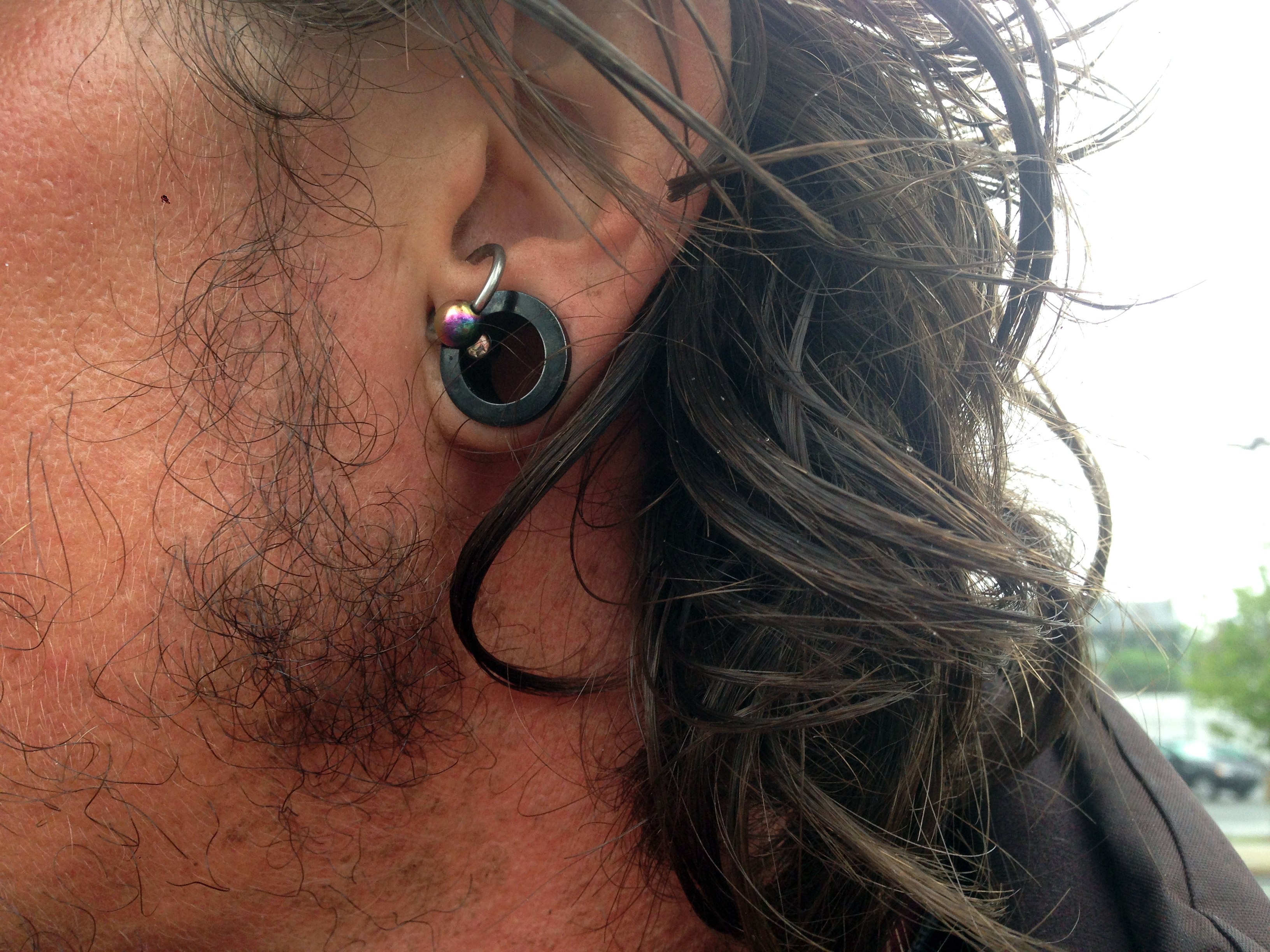 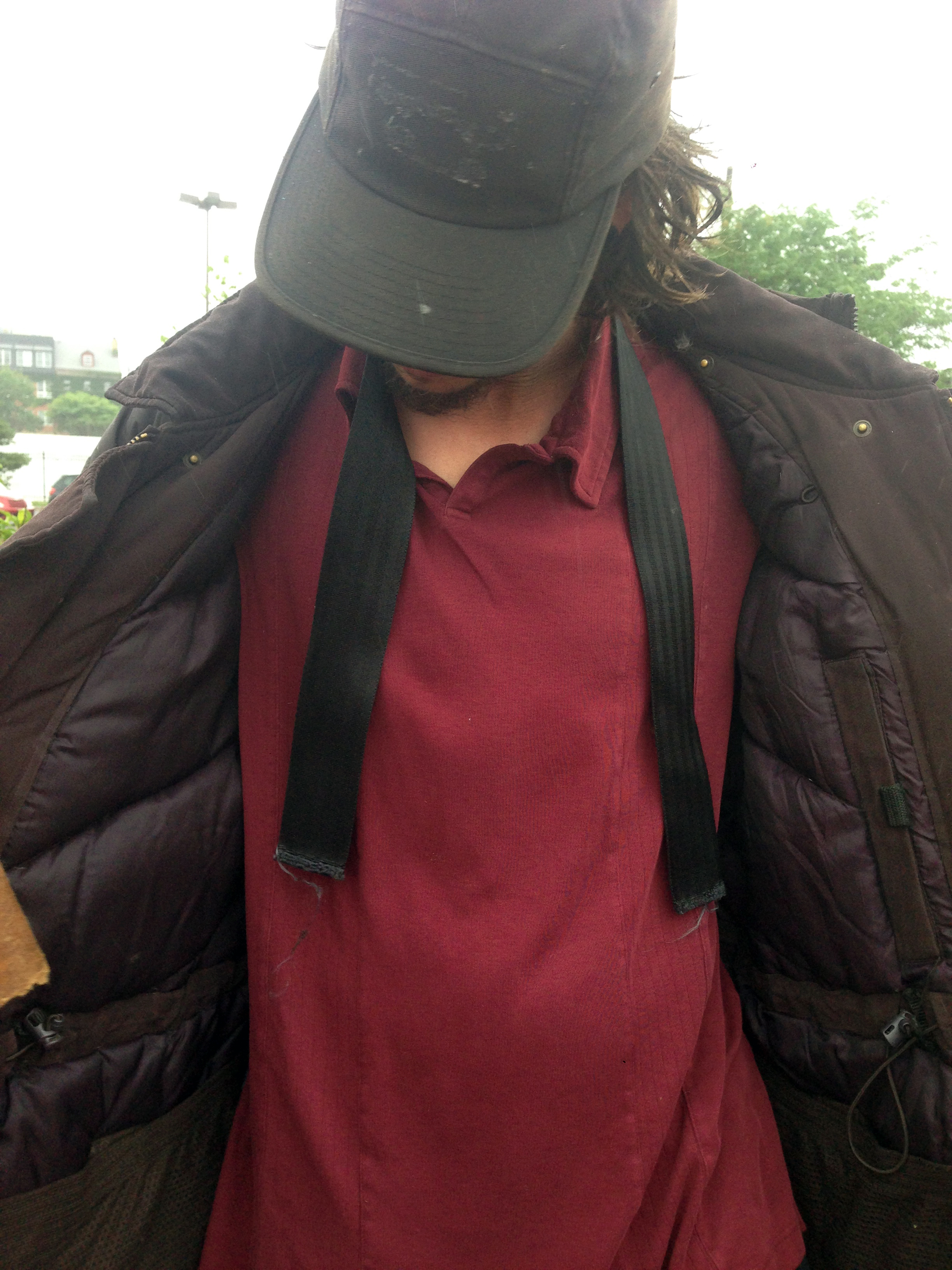 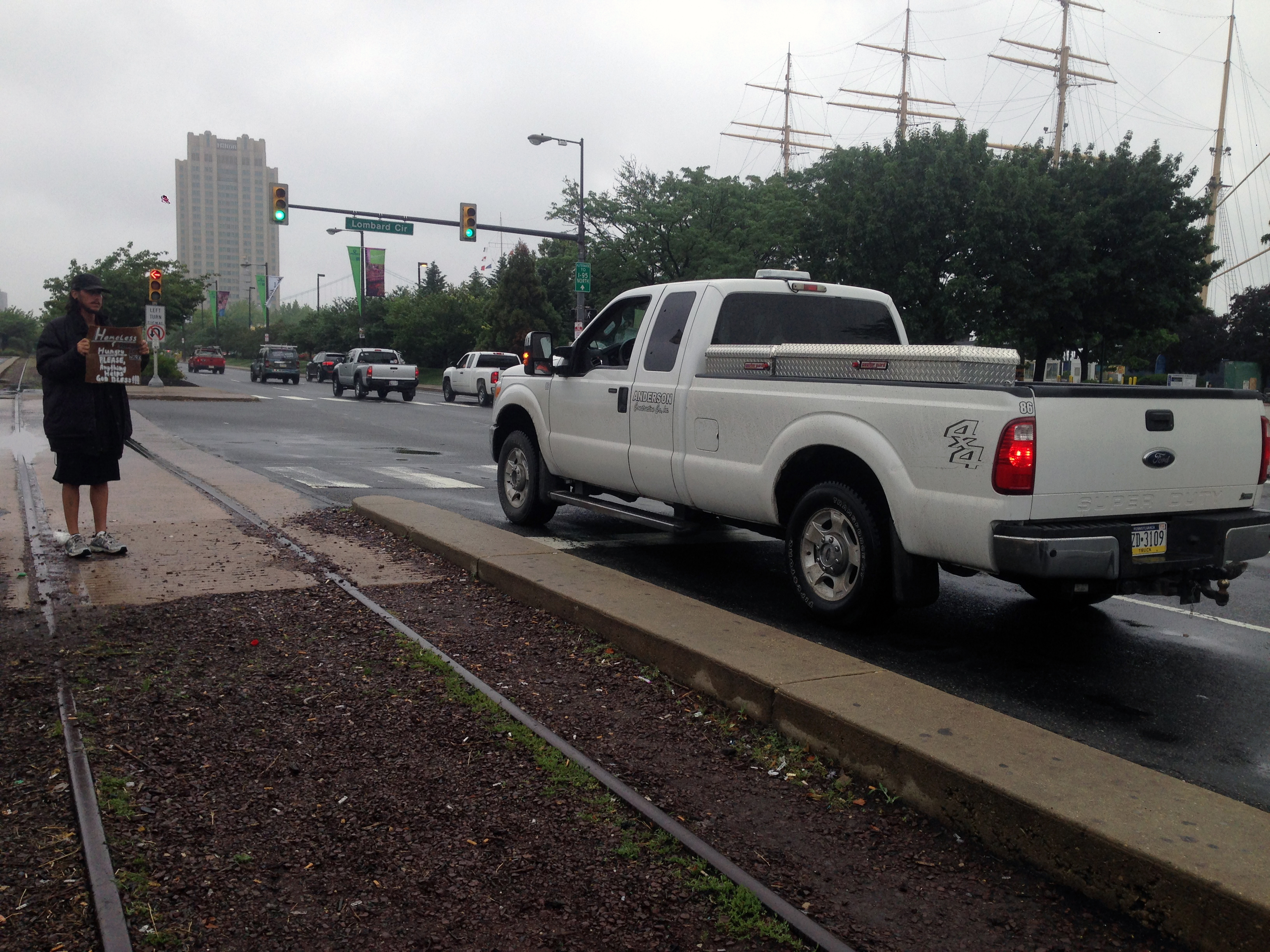 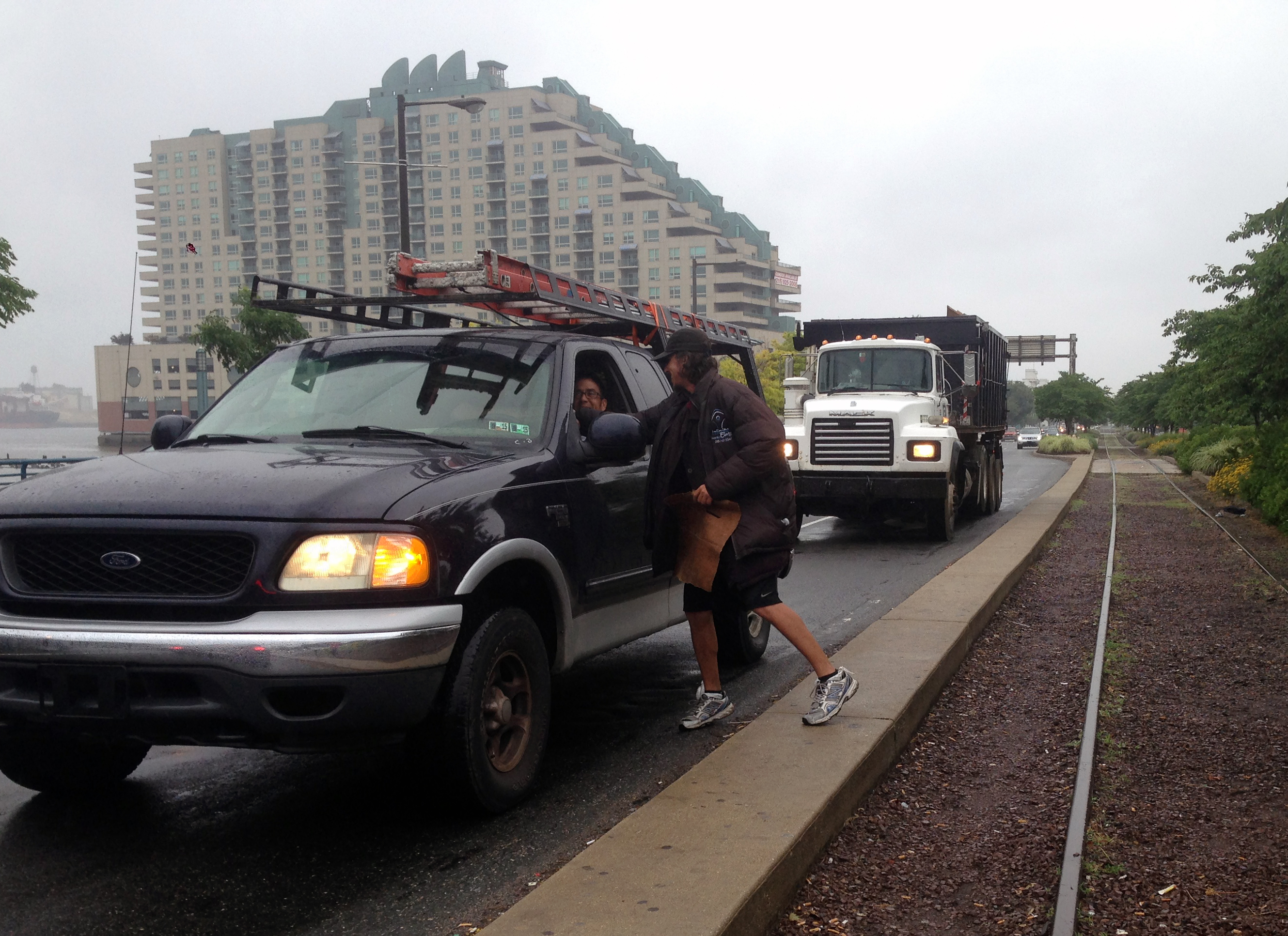 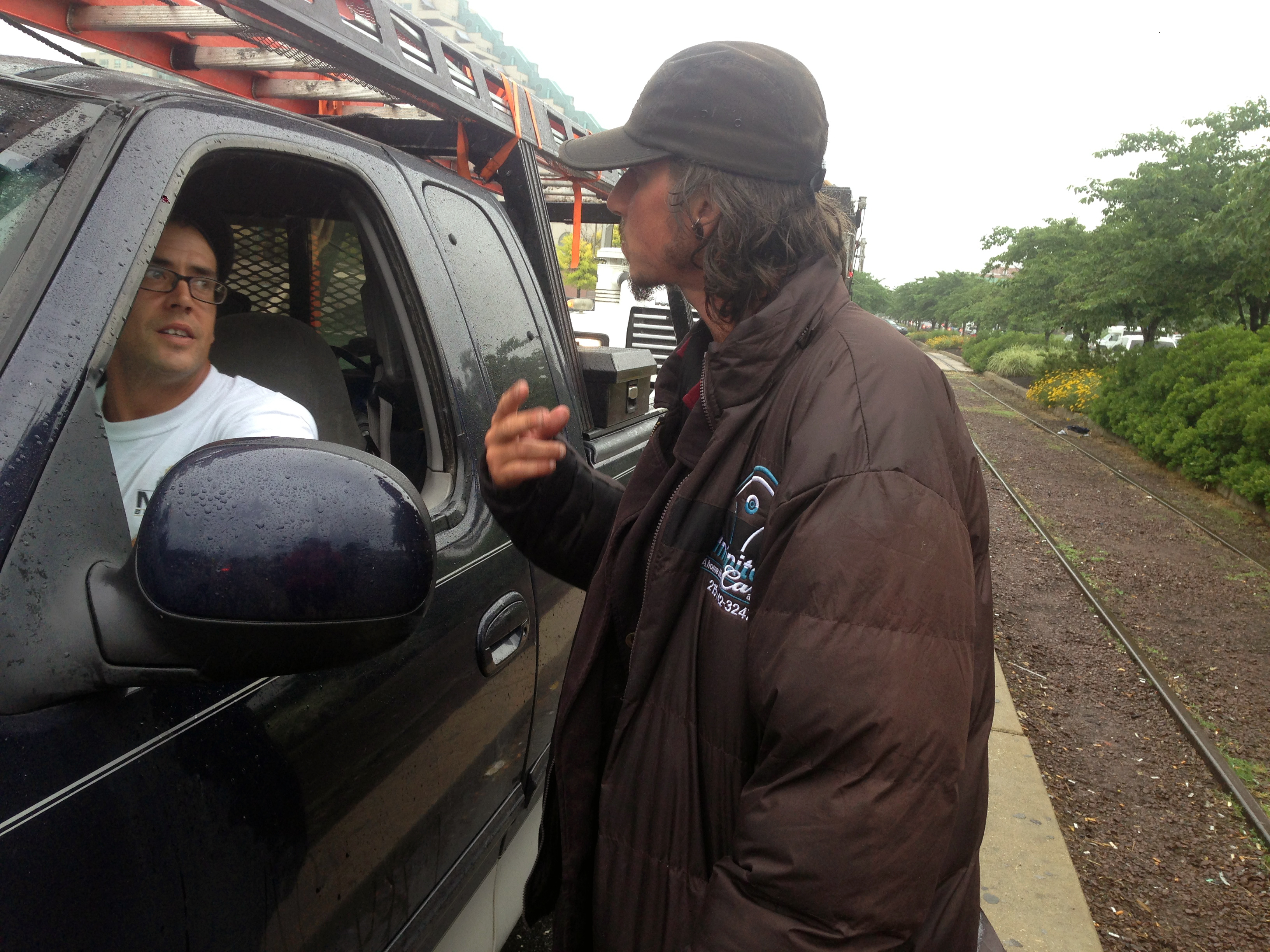 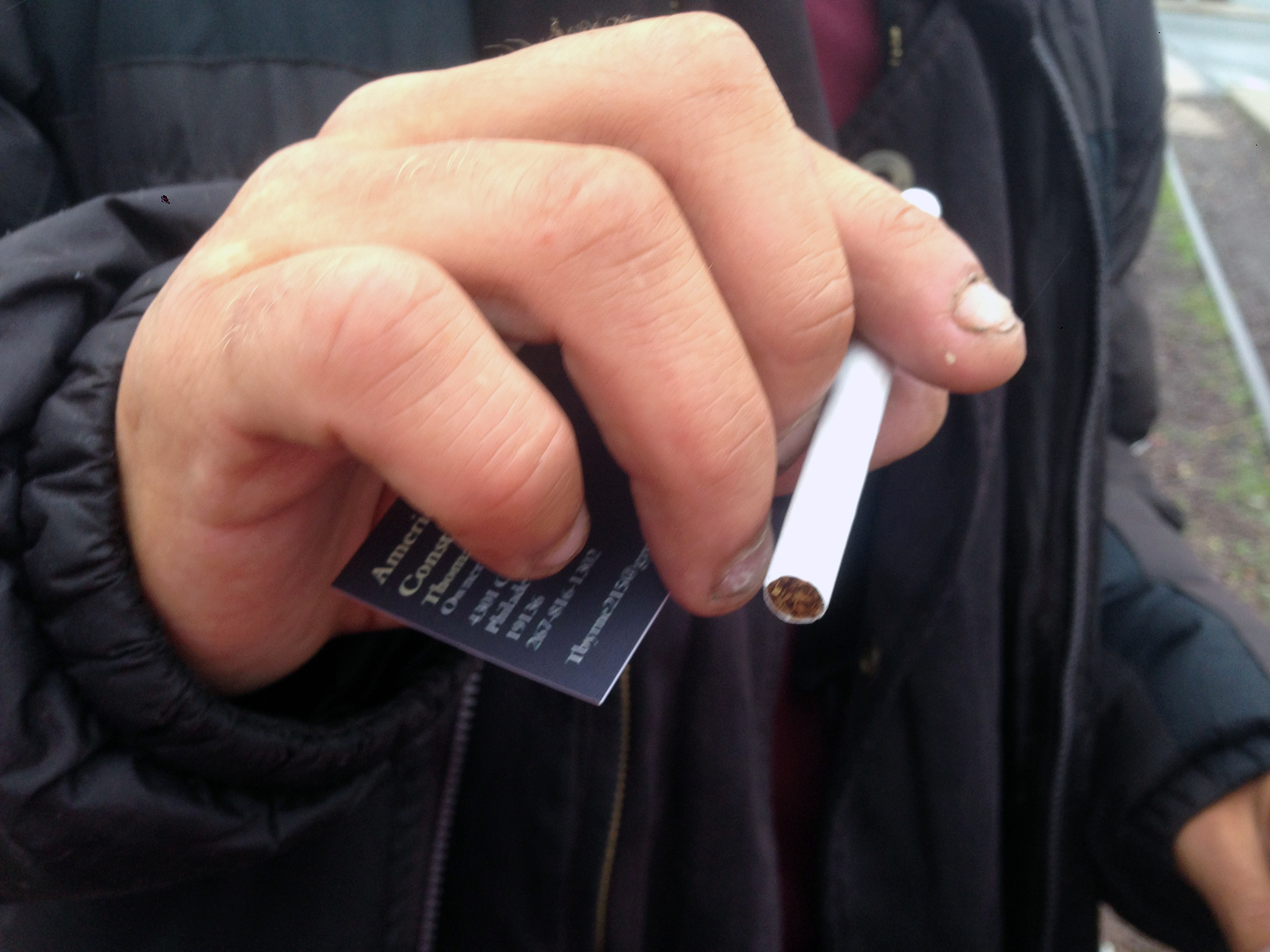 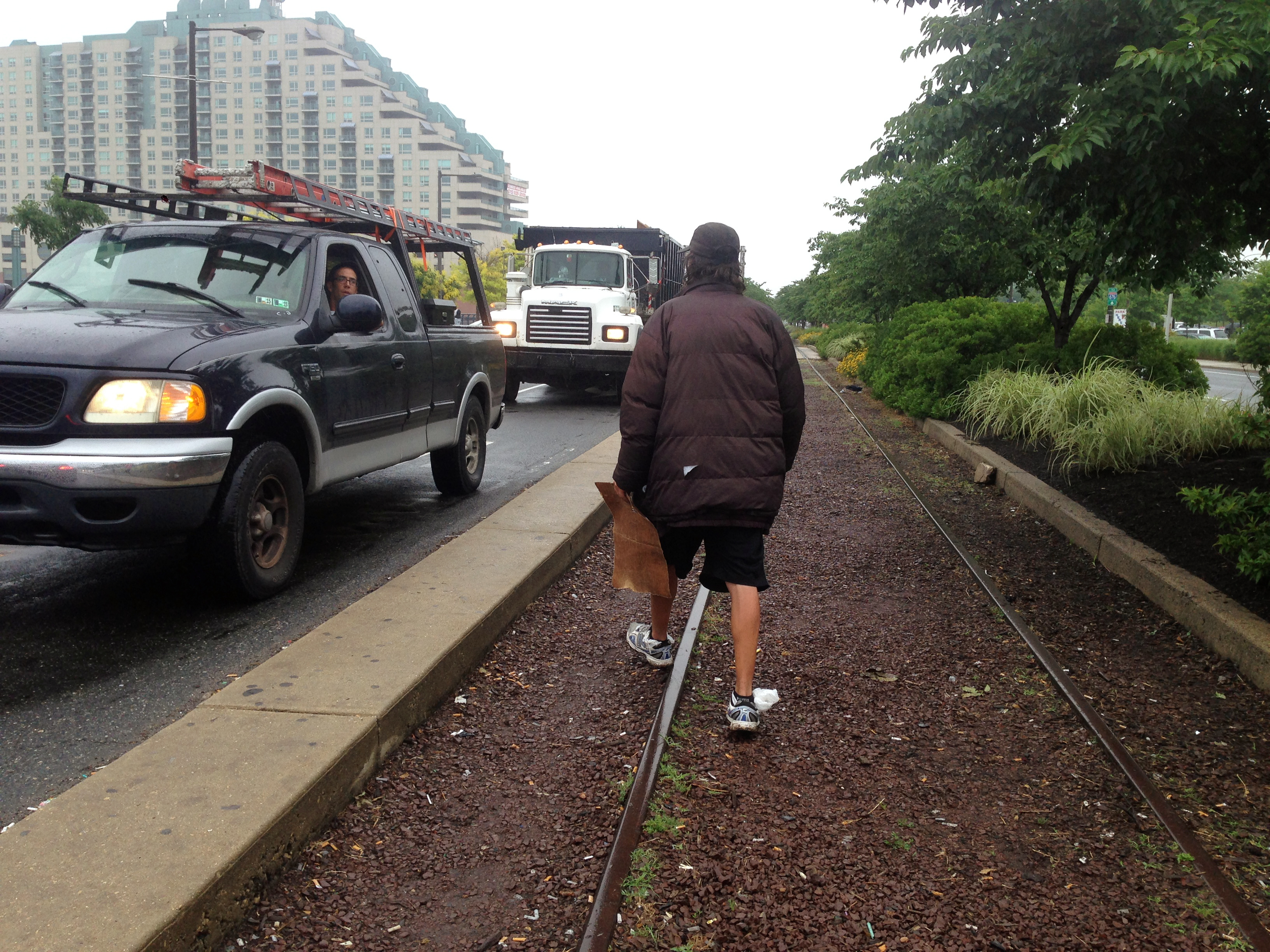 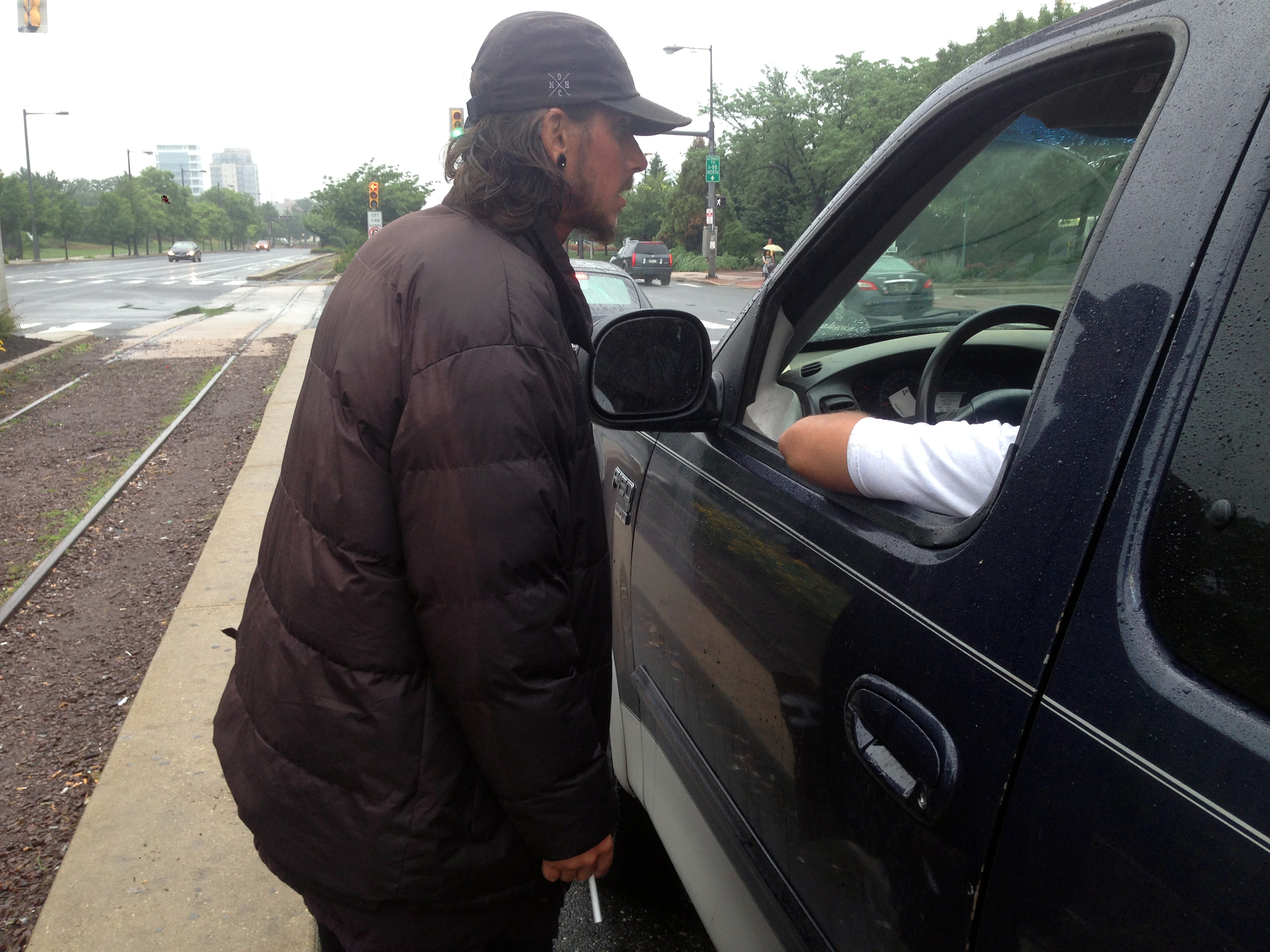 Estimates made by the city of Philadelphia in an article by AxisPhilly show that the percentage of people in need of emergency shelter has dramatically increased, from 17 percent in 2011 to 48 percent in 2013. 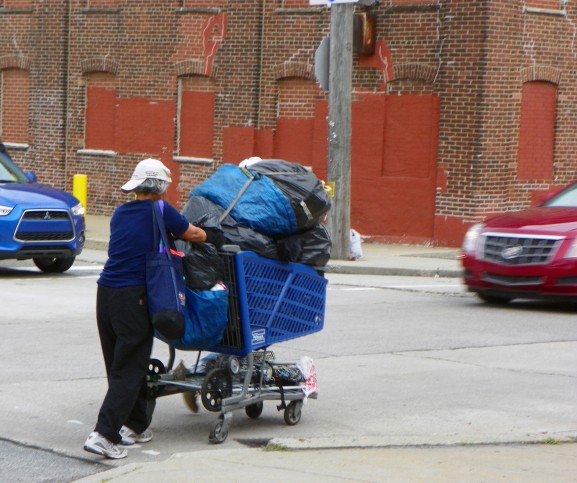 Frank Eleby, 51, has been homeless for most of his life. According to Eleby, he spent one winter living in an abandoned van on North 17th Street.

“Even with 10 blankets on top of me I was freezing,” said Eleby. “I made the mistake of not covering my feet up all of the way. I woke up with incredible pain. The blood in my feet started to freeze, and I could feel the blood slushing up.”

Despite the dangers, Eleby said he persevered, and is now living in a shelter trying to get his life back on track. 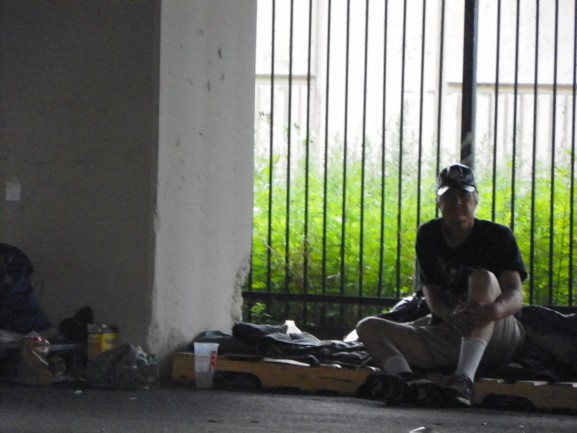 Homeless individuals have always occupied the streets, no matter the year or season. Despite squatting in an empty home, hopping from train to train, or just standing on the street with a sign that reads ‘homeless and hungry,’ many are just doing what they can to survive.

–Text, photos and video by Christine Irving and Sarah DeSantis.

https://vimeo.com/25516777] Immigration has been a long withstanding aspect of Philadelphia culture. Individual and families from Ireland, Italy, Poland and Germany came in droves throughout the 19th and the beginning of the 20th centuries. Today, Philadelphia’s [continue reading…]

The Italian culture associated with South Philadelphia may not be as visible as it once was, but what that culture represents is still alive and well in Joan Verratti, owner of Pollyodd, on Passyunk Avenue. [continue reading…]

South Philadelphia: A Taste Of Paris

Artisan Boulanger Patissier probably sticks out like a sore thumb to a lot of people. Located at 1646 S. 12th St., it is in the heart of South Philadelphia. Being that it is located in [continue reading…]