Pastor Joseph Randall has found fulfillment at Olney Baptist Church. Initially, he enrolled in the U.S. Navy where he planned to become a pilot. Despite his achievements, he felt something was lacking. He found renewed purpose in the Christian faith and its tenets of love and charity. His belief brought him from the Naval Academy to Olney.

What motivated your desire to minister in Olney?

I’d always wanted to be in a multiethnic environment – this is a multiethnic neighborhood, a multiethnic church. And they’re the only ones who would take me. They couldn’t afford much, and I’m single so I came sort of inexpensive. And they have a place for me to live, so it kind of worked out well.

I think it was Martin Luther King Jr. who said the most segregated hour in America is 11 a.m. on Sunday morning. I really want to give my life to seeing that change. When I came to Olney, it was already like that. The church was pretty multicultured and I thought, “This is awesome.” I loved it: Ministering here and being here.

Back in February you spoke to PhiladelphiaNeighborhoods.com. Have there been new developments since then?

We’ve done some new things. I mean, I wasn’t doing [the food donation] on Tuesdays back then. 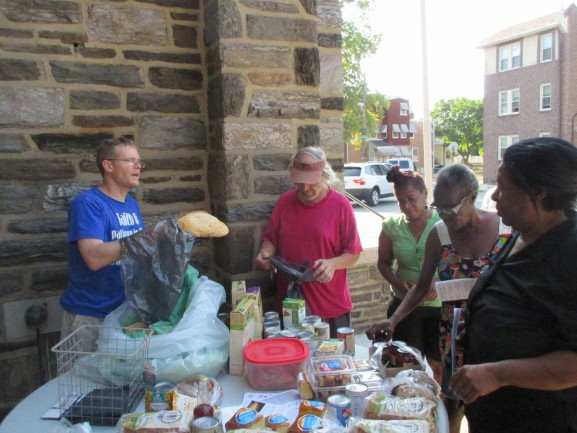 How much has the food drive grown?

The first time was tiny. I had maybe 20 loaves [of bread]. One of my desires is consistency in everything that we do. So you might not see a big effect in a year or even five years, but if you’re doing it for 20, it makes an impact. I meet people who know me. [They say,] “You’re the guy that gives out bread!” People I’ve never seen or remember seeing, but they know me in the community for giving out bread. It went from very small to then I was getting huge carloads.

How else does Olney Baptist Church serve the community?

Wednesday evenings we have Bible study. Monday through Friday at noon we have prayer. Thursdays we go to Broad and Olney … and preach with a loudspeaker. Thursday nights at 6:30 we have an addictions meeting. Every first and third Friday, there’s an abortion clinic up in the Broad and Olney area, and we offer hope and healing to the women and the families going into that clinic – offering them alternatives like adoption.

Friday afternoons … we go to Broad and Olney and give food away like we did here. Saturdays we have a prayer meeting at 9 a.m. We have a youth group every first and third Friday. 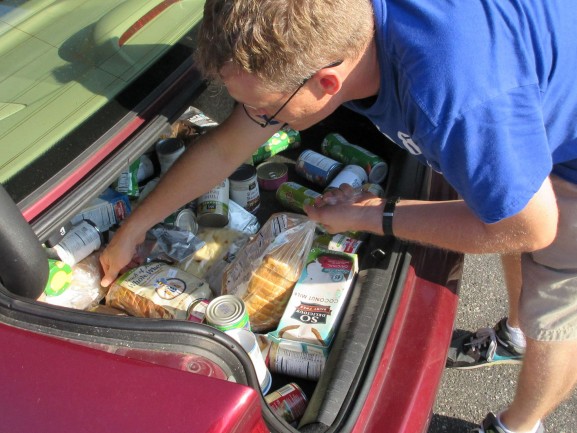 Have you encountered any obstacles ministering to the Olney community?

I would say maybe small obstacles. When I’ve given out food, sometimes I get people who want more than I’m giving. I remember one time one man in particular got sort of mad at me because he was taking more and trying to sneak around and I just went up to him and said, “Sir, you have a whole car full of bread and you’re only supposed to take two or three.” And he got mad and threw a bread loaf at me and sped off.

What would you consider your greatest success since arriving in Olney?

I had one wonderful opportunity at Broad and Olney to do street preaching. Often you don’t know if it’s making any difference – is anybody listening, does anybody care? A woman came up to us and said, “I want to encourage you to keep doing what you’re doing. I’ve had numerous abortions and I had an appointment at a clinic to have this baby aborted. I heard you guys preaching about abortion and I cancelled the appointment and I had the baby and here he is. His name is Shiloh.” 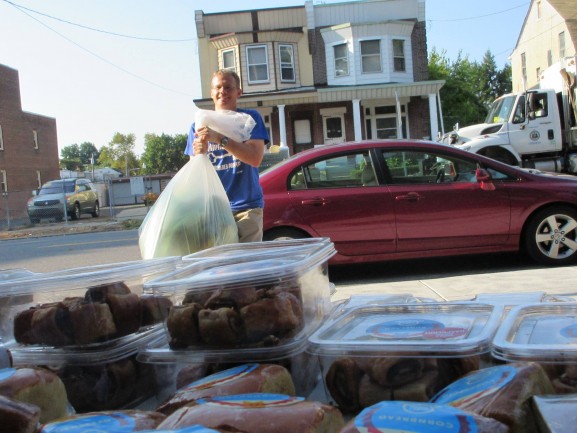 Moving forward, what goals would you like to accomplish?

I want to continue getting to know people in the neighborhood. I want to see our church continue to grow in love for [one] another and love for the lord Jesus and obedience to the lord Jesus. [Continuing] to see practical needs met – like food, like people in crisis pregnancy situations helped. Those are the main goals.