On the corners of many streets in neighborhoods throughout the city, there is trash and other debris strewn around.

Events like the annual city-wide spring cleanup day were created to help keep streets clean and also teach kids that they should be keeping their neighborhoods in the best conditions possible. For parents, having their children alongside them to take part in cleanup efforts can set the tone for what will be done to keep communities neat and tidy going forward.

Debora DeVaughn, a mother of three, let her children know that helping keep their neighborhood clean is part of their upbringing.

“I feel like the community is a reflection of me, so if I want my community to stay clean, then I have to participate in keeping it clean,” DeVaughn (below) said. “That’s just what I’m doing and I’m setting a positive example for my kids.” 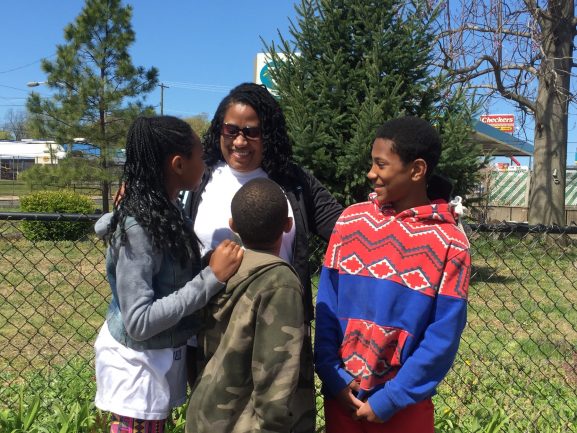 While efforts to keep the streets clean should be done in part by everyone, some believe that kids’ role in cleaning should be the largest for many different reasons.

“We should especially get our young children involved because I believe they’re the ones that are making the mess,”said West Oak Lane resident and first-time spring cleanup day participant Michele Smart. “It’s easy to eat candy and just throw your paper on the ground.”

“If you get the kids involved, they take ownership,” Vernon Smith said. “For example, we had a mural that the kids helped paint in our area and after the mural was done someone put graffiti on it. The kids took the initiative and said something to the child who was doing the graffiti and they stopped.”

Smith, a long-time resident of West Oak Lane and staff member for state Rep. Dwight Evans, was at the head of the neighborhood’s Spring Cleanup Day that took place on April 16. While many residents were willing and happy to lend a hand to clean up their streets, they also felt the city as a whole – government included – needs to step up to promote keeping streets clean.

“A politician’s job is to deliver, but if the people, the citizens, the taxpayers, aren’t seeing the services needed being done, then they need to make noise to those elected officials, if it’s city council, if it’s state representatives, to whoever,” Smith said. 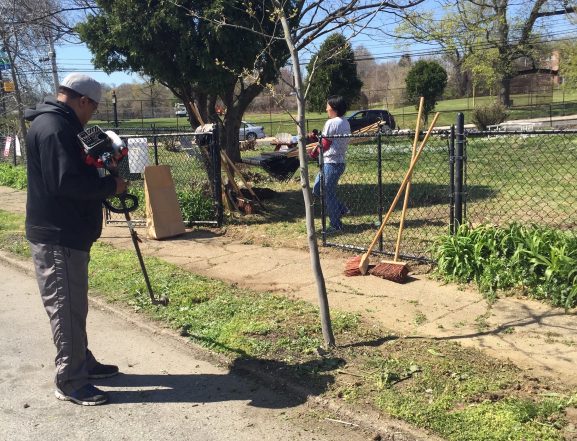 According to the PhiladelphiaCitizen.org, Philadelphia is the largest municipality in the country without a comprehensive street-cleaning program for residential streets. In the city controller’s report released in April 2015, it was noted that the city “needs 324 [trash] compactor vehicles daily to meet budgetary and operational goals; however, it has been as low as 230,” this has caused the on-time trash collection rate to decline by 85 percent.

While money and budgetary cuts may be an issue, residents think that simply promoting community cleanups and urging more involvement can make all the difference. 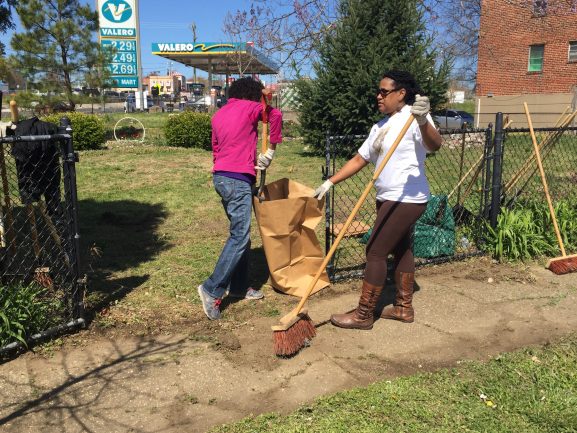 “You know, we’re Philadelphia, and we treasure our city, and we want to keep our place clean,”said REACH Philadelphia’s Tiffany Brown. “So, I think helping to create a city pride or a culture of like this is what we really want. I think that would go a long way.”

Also, residents believe offering incentives for youth to participate in cleaning year-round is something that should be done.

“Partnering with different high schools and offering an hour’s worth of community service after they finish school, I think that would be great,” said Nowel Reaves, a loyal participant in Spring Cleanup Day.

While many are calling for youth to be actively involved in cleaning their neighborhoods, they are answering.

“I encourage my friends not to throw things on the streets by asking them would they rather live in a dirty Philadelphia or a clean Philadelphia,” said 11-year-old Sherayah DeVaughn-Moody.

“Our neighborhood should be clean and I think more influence from my peers can help it,” added 13-year-old Debar DeVaughn.

Many young people attended West Oak Lane’s cleanup day, a lot of them came with their families. Teaching kids that their neighborhood is a reflection of them will potentially encourage the future generations to take the lead in taking care of the city.

“If everyone gets involved, you get leadership, parents and planting the seeds for our youth and then hopefully if the attitudes are the same across the city, there won’t be much of a task in the future.” 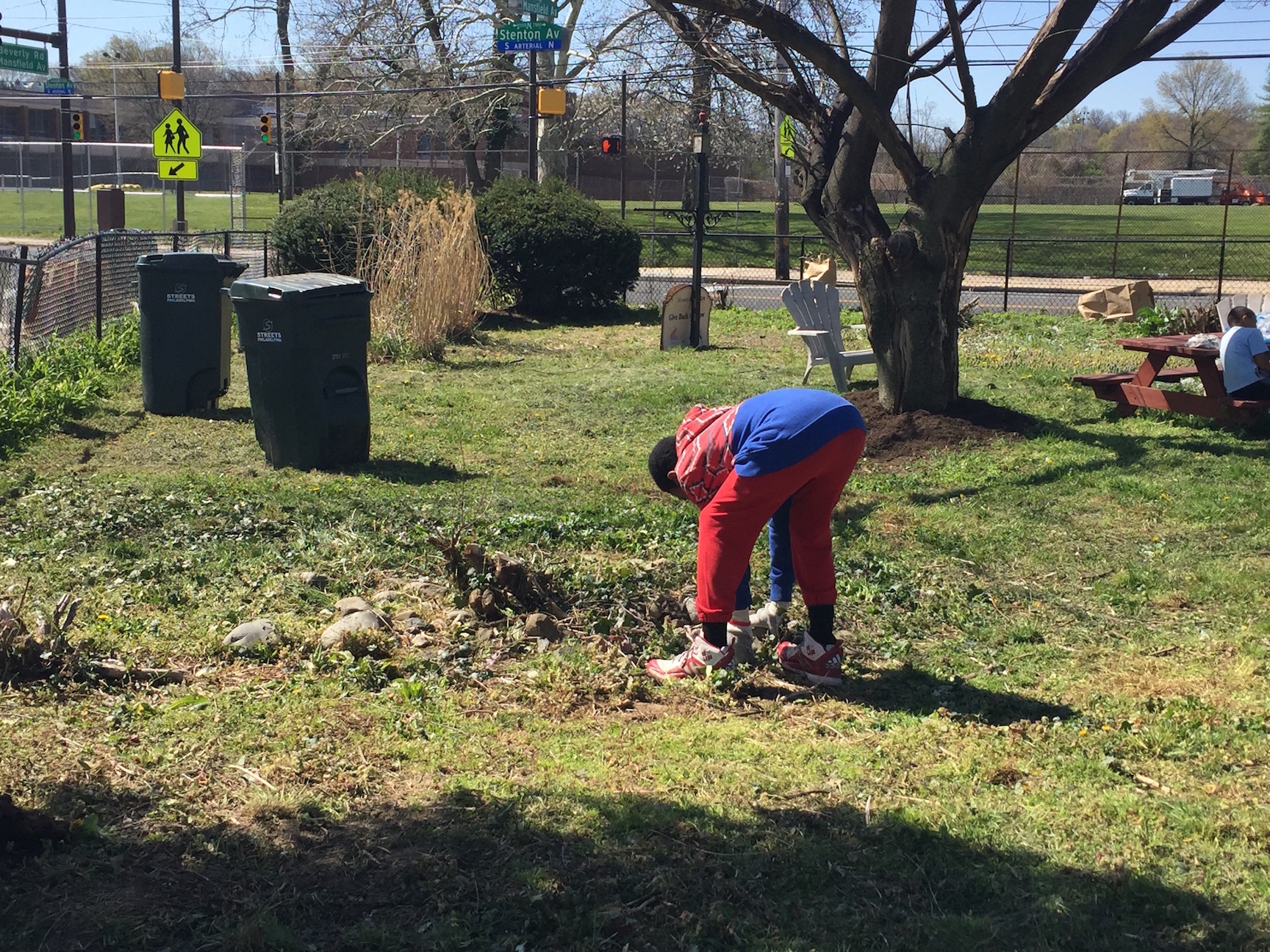 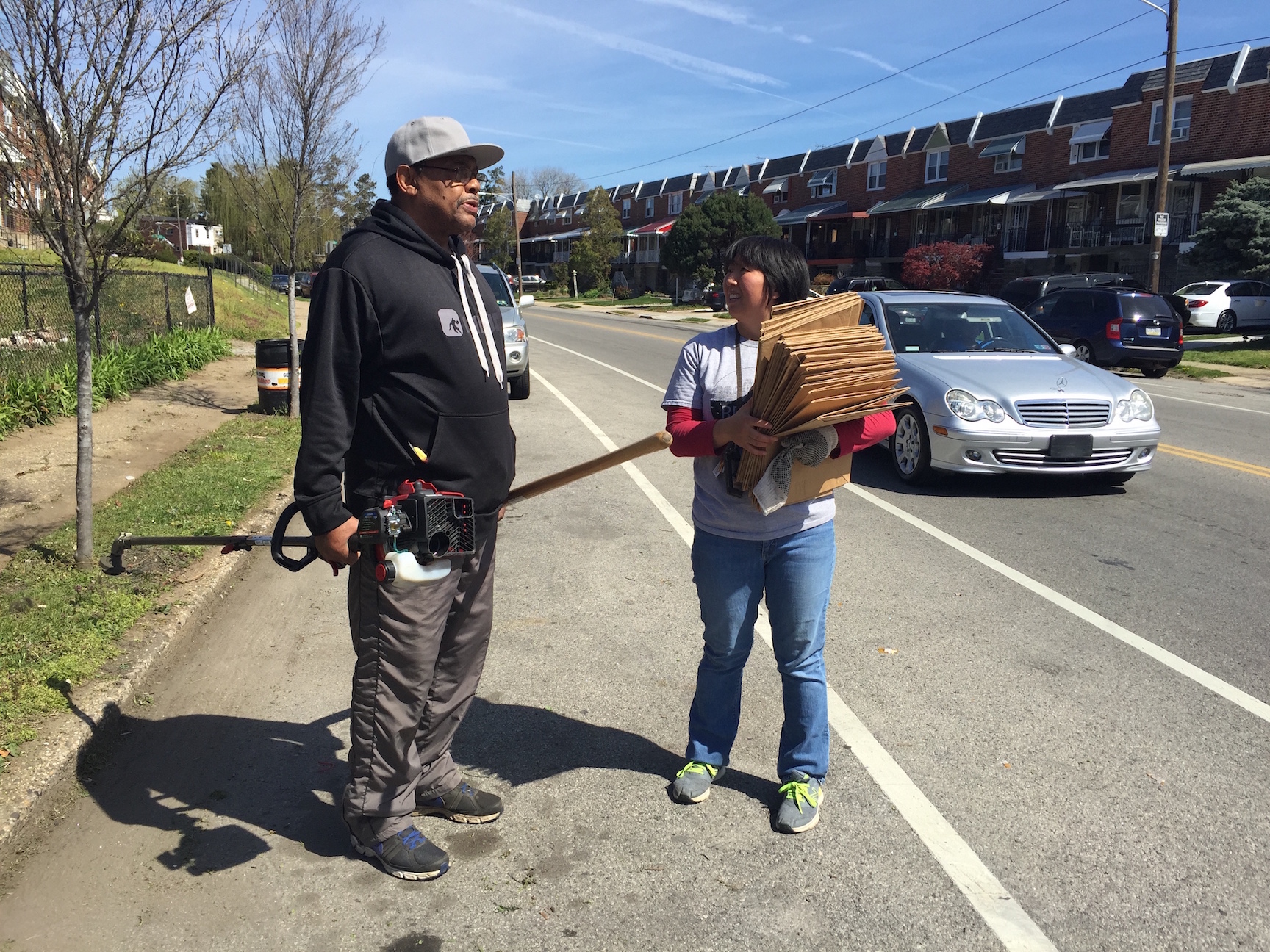 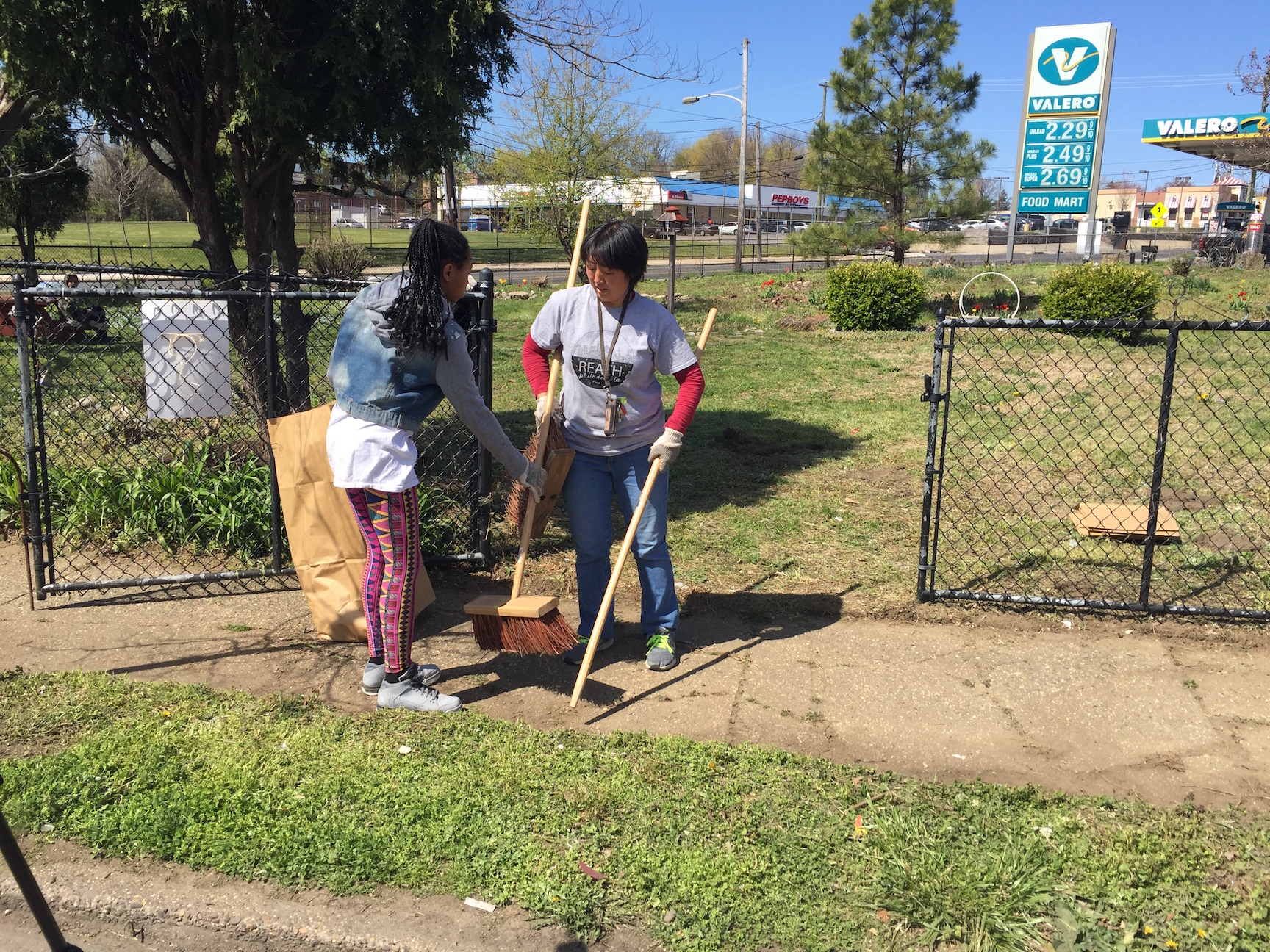 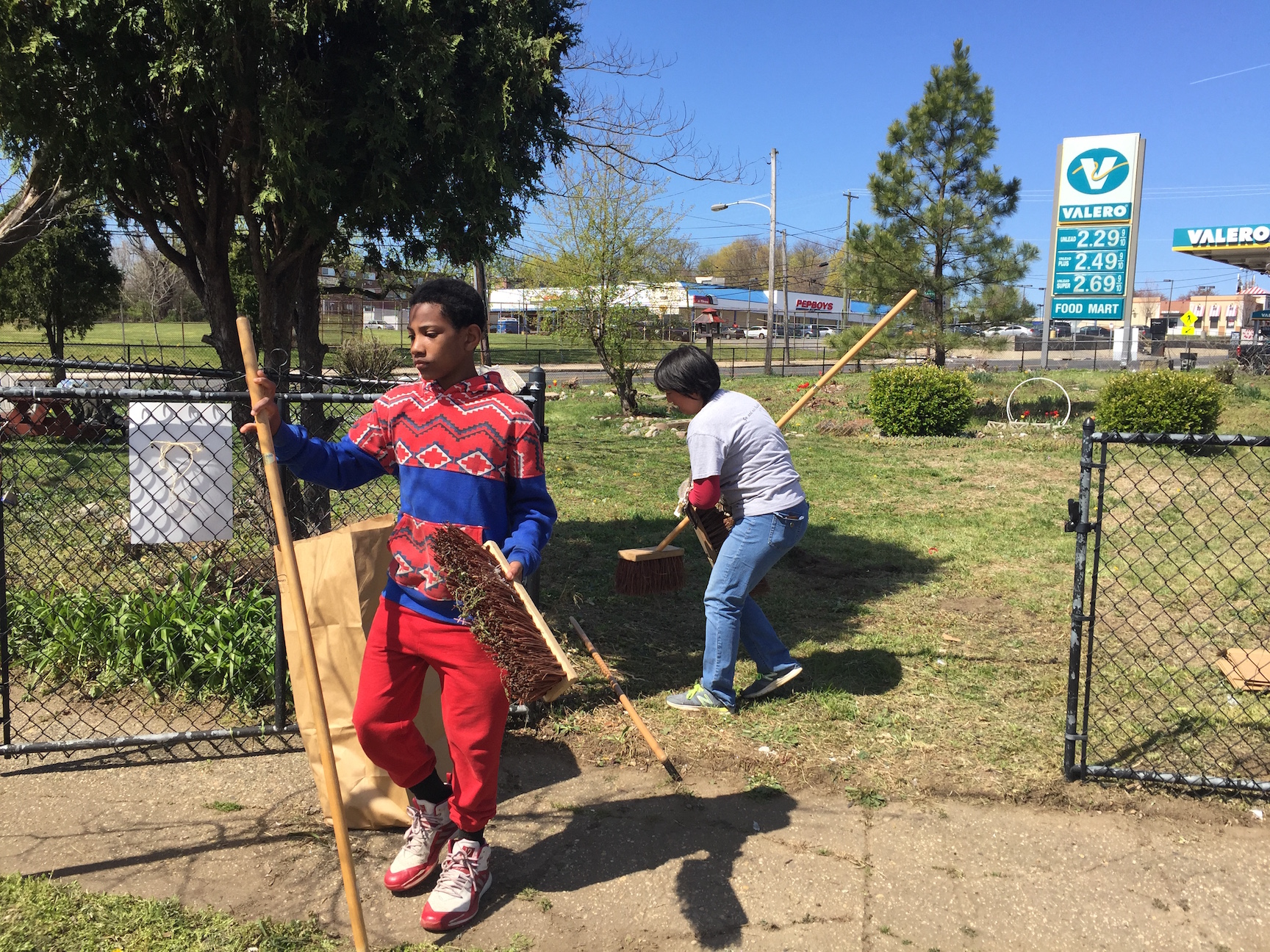 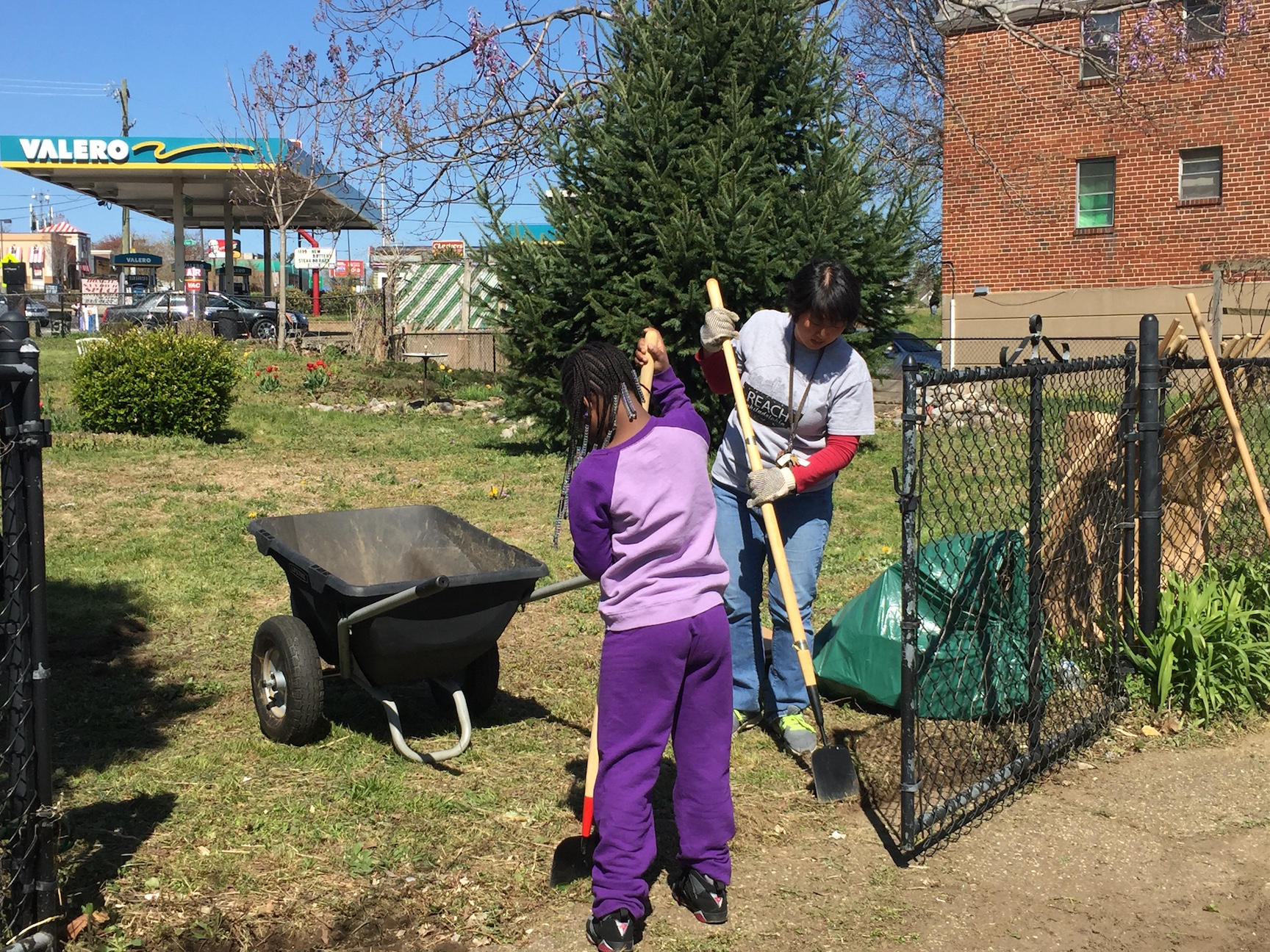 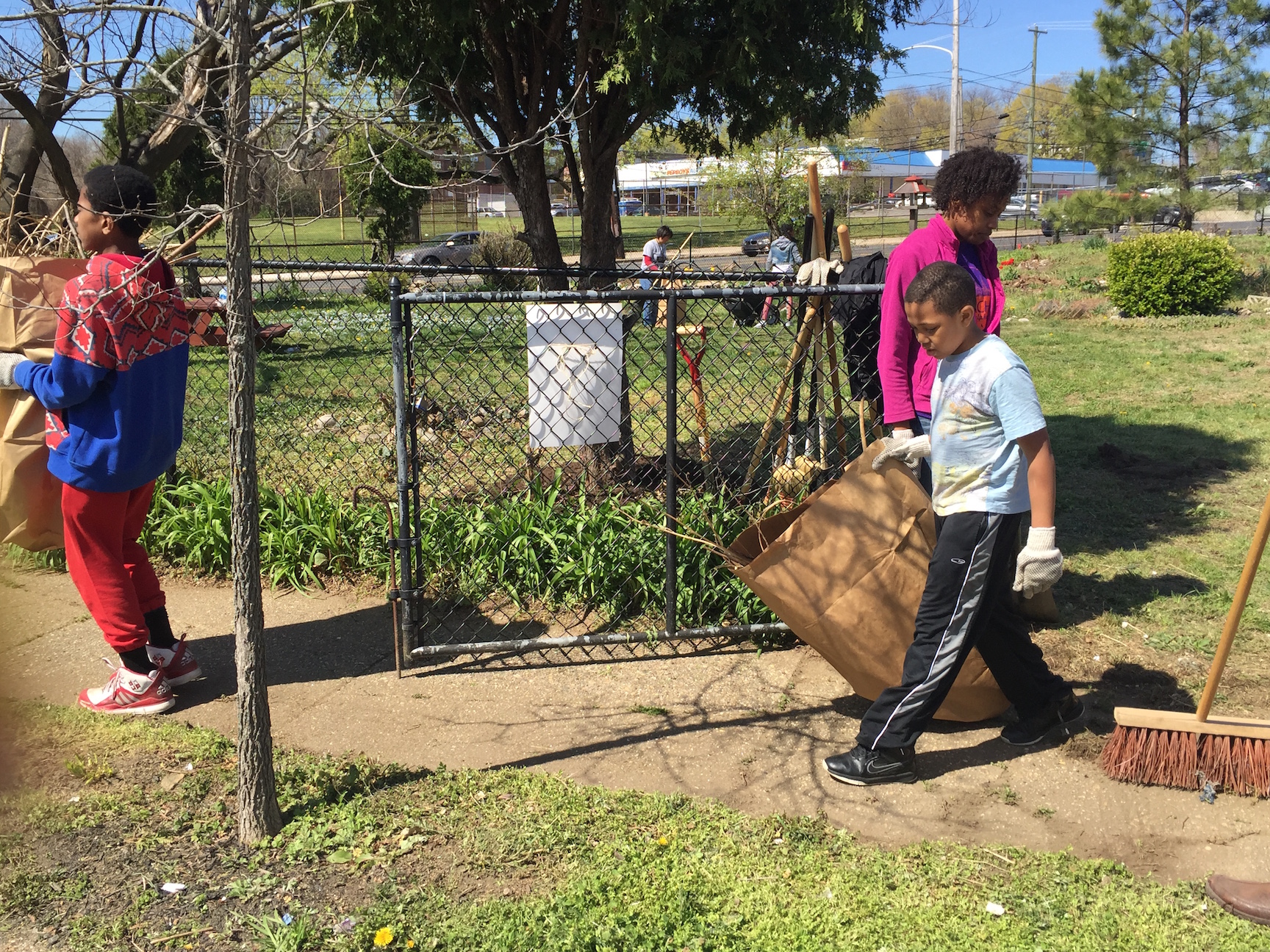 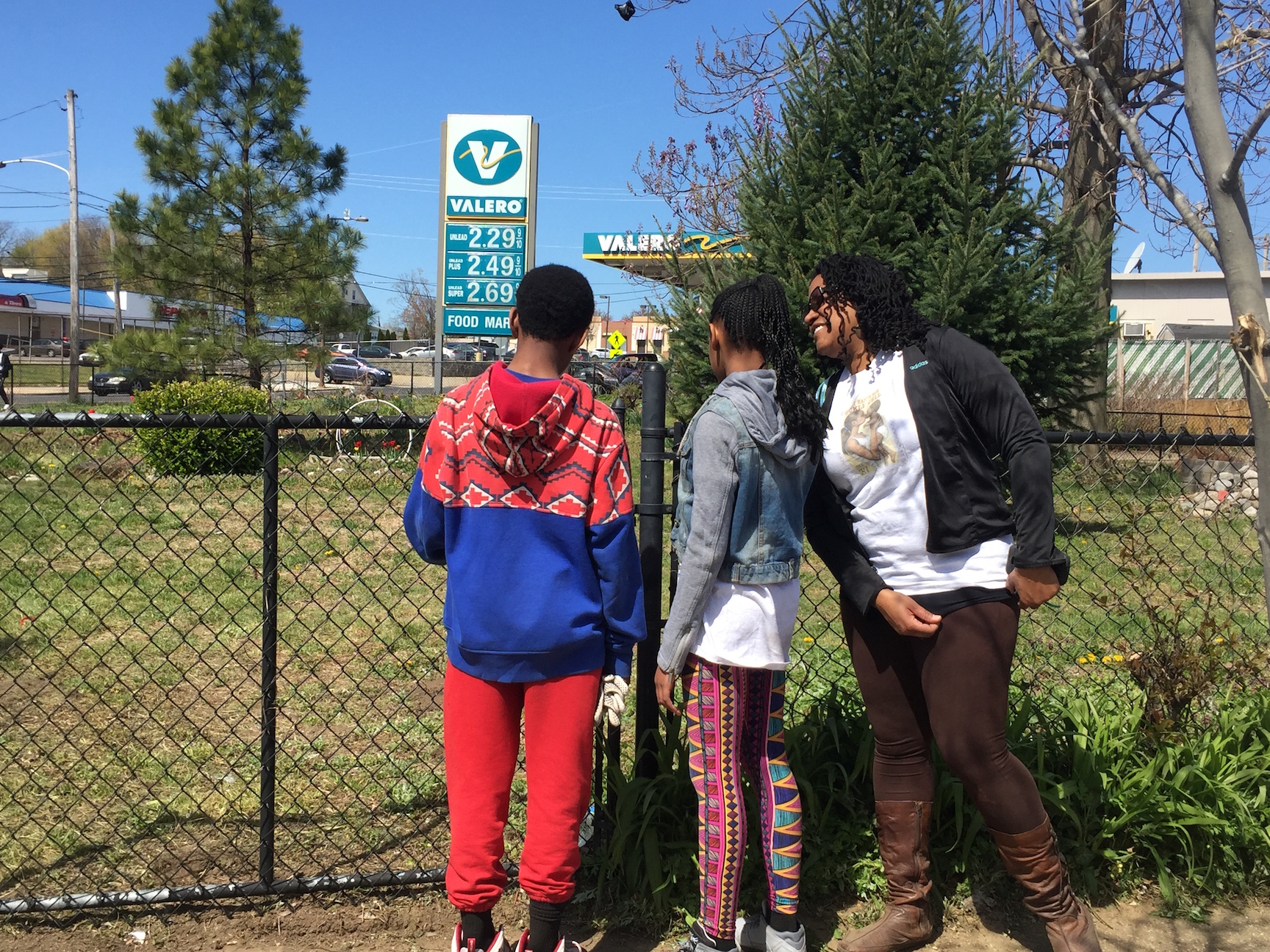 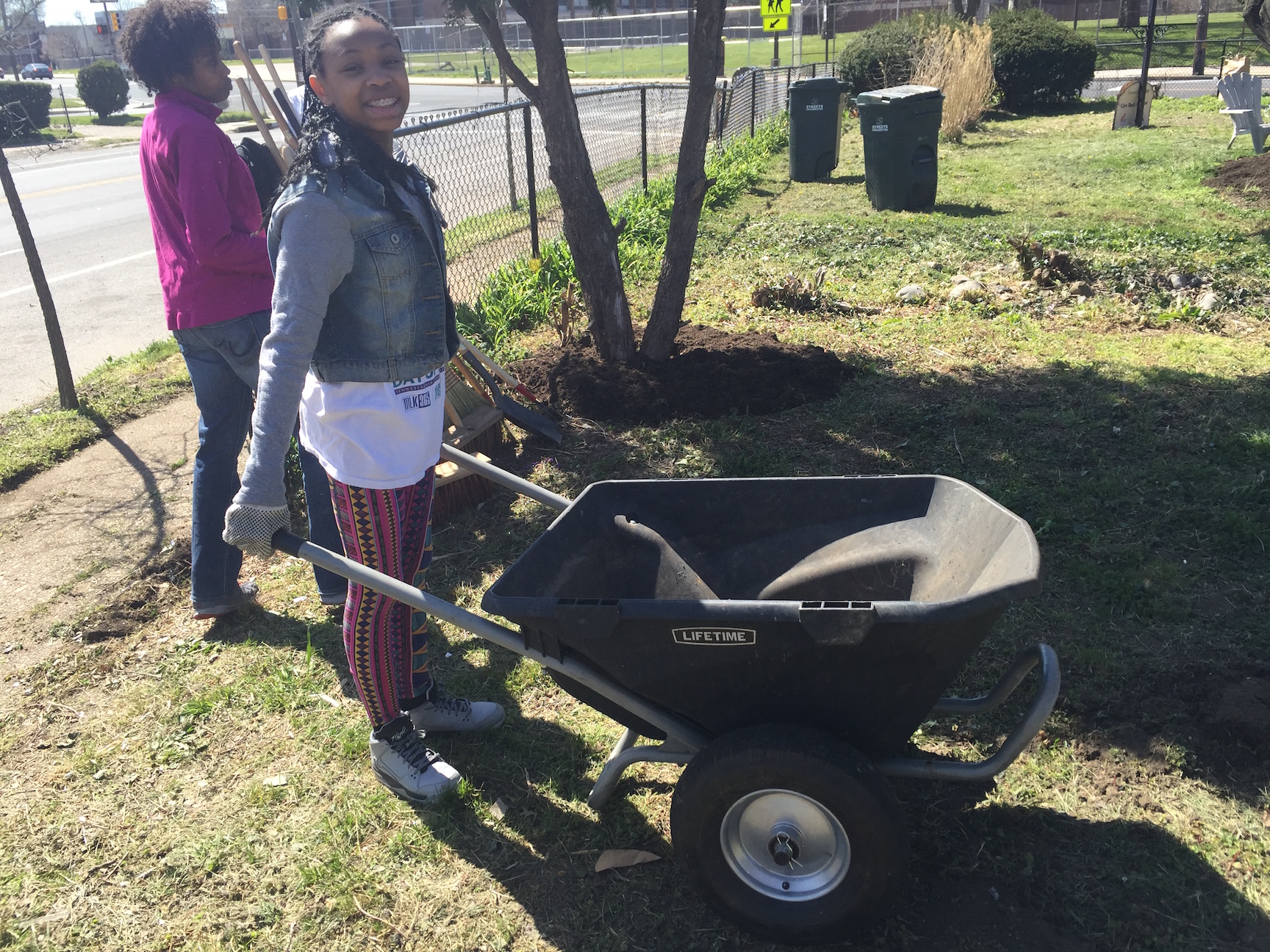 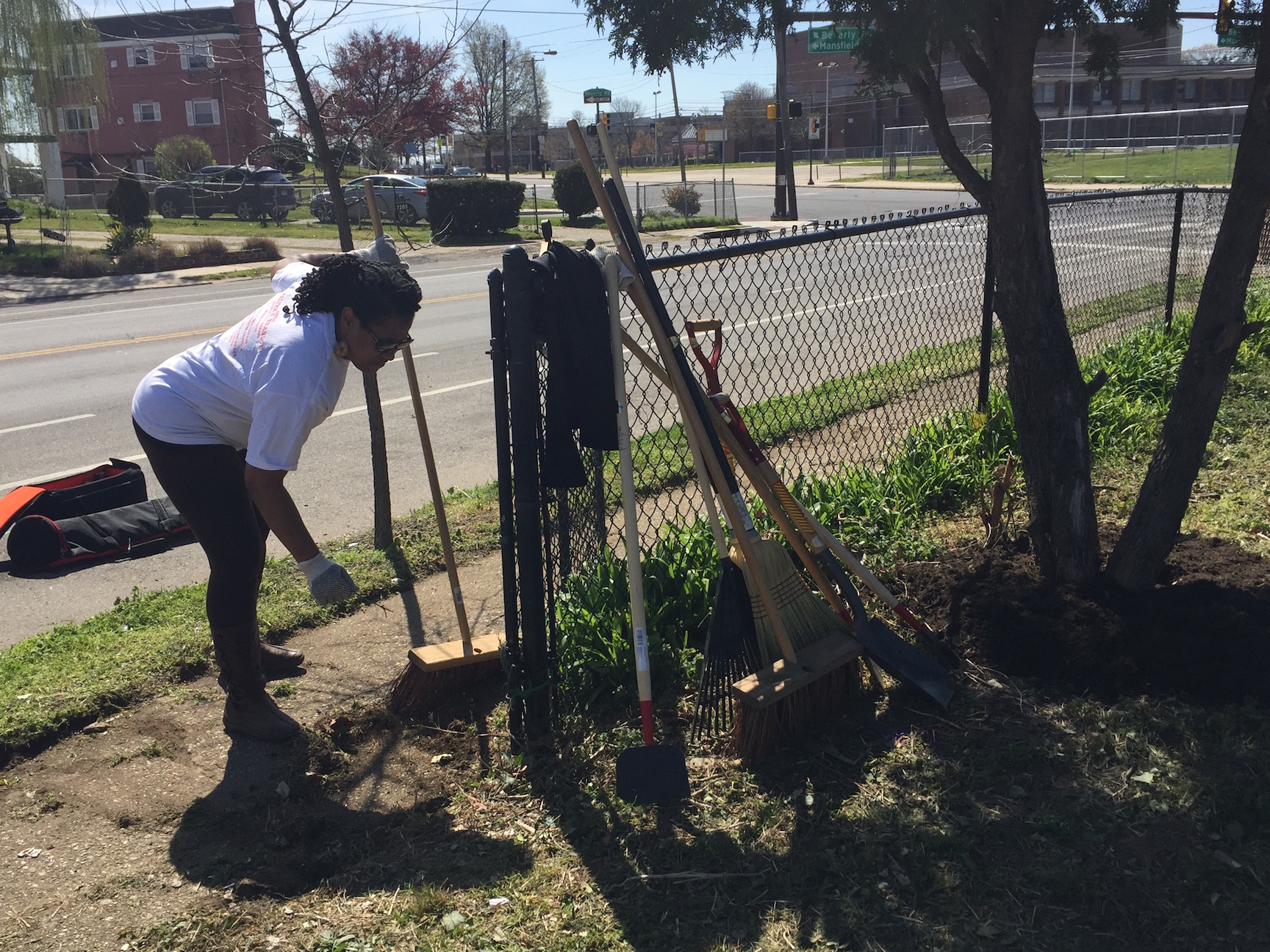 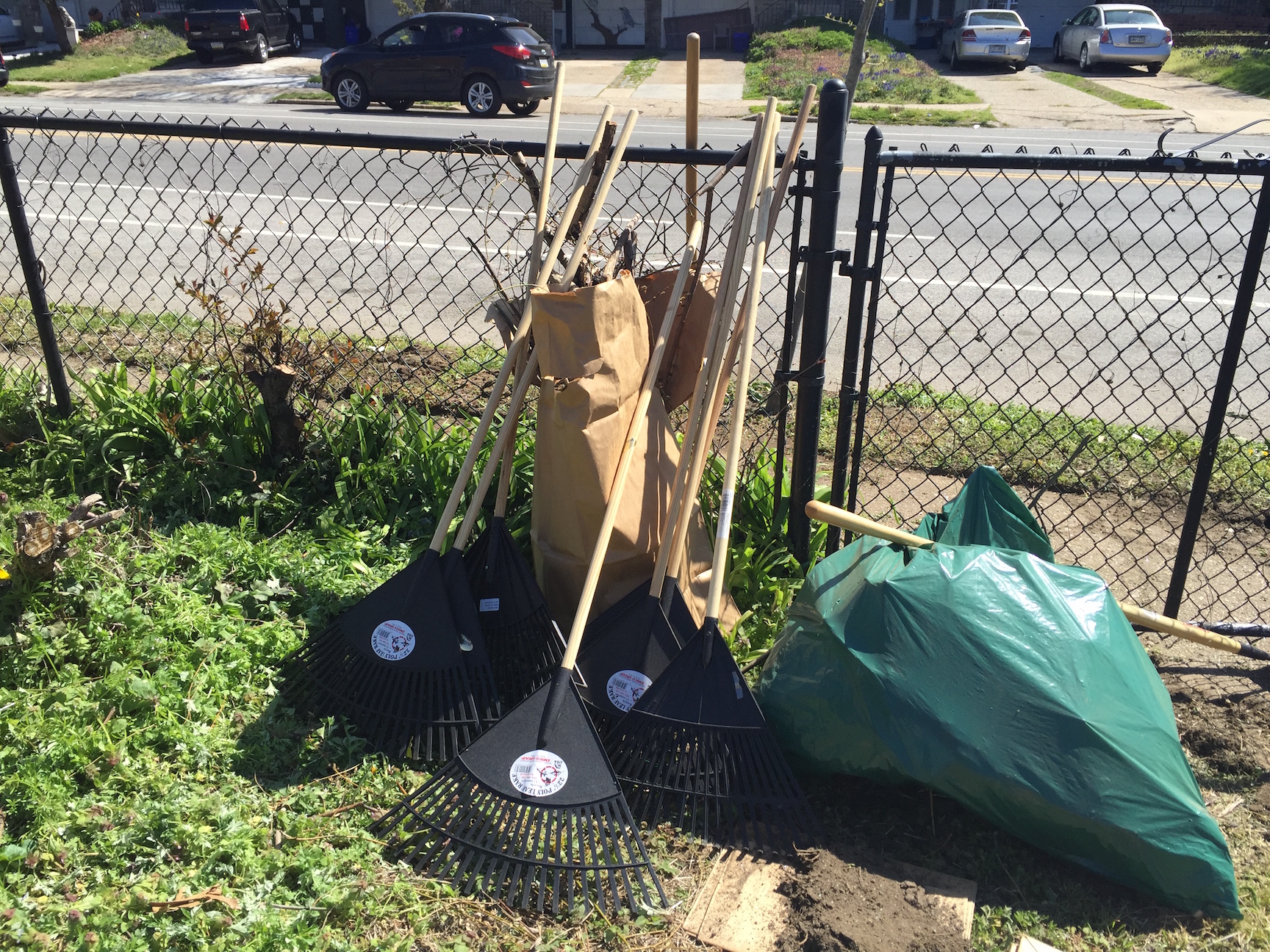 [vimeo 76922863] On Sept. 7, 100 years of residency passed for the 500 block of South 46th Street. Neighbors marked the anniversary with their biggest block party to date. “This year was the first year we [continue reading…]

https://vimeo.com/39667450] In a late 1800s house set in Fishtown, the simple life of Margaux and Walter Kent takes shape. The hardwood floors and hand-sanded furniture are warm to the touch and smell of the hands [continue reading…]