Newbold is one of the many diverse neighborhoods in South Philadelphia.

Highly residential with corner markets and minority-owned businesses, it’s a vibrant section of the city in transition. Among the rows of townhouses, some Newbold residents took it into their own hands to brighten up their community.

Here are a few stoops that stood out. 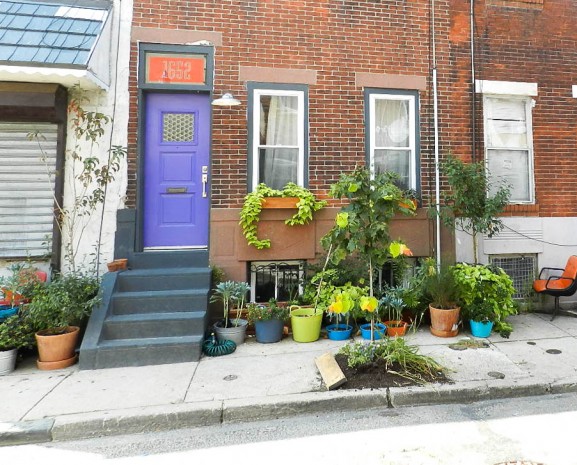 Rosalie Pavone has lived on South Bancroft Street her entire life. Over the course of the years, she has seen her block significantly change. Artistic and modern, the door across the street from Pavone’s house is a reminder of the recent influx of a younger generation. “We’ve got a young couple that just moved in across the way. They keep to themselves. Before we all used to sit on the step and talk, but they don’t. We all try to help each other, but they don’t really have a sense of community yet,” she said. 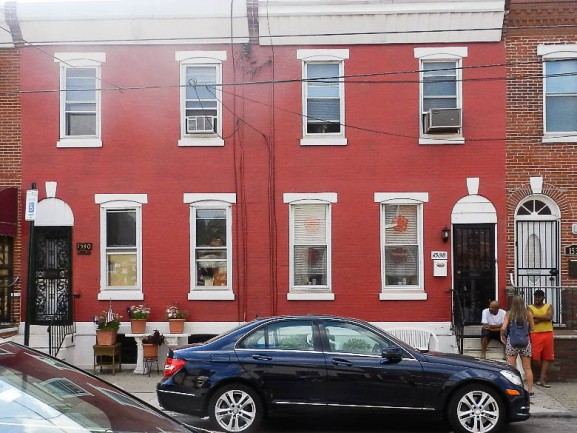 Jackie White is a longtime resident of 1538 Tasker St. Fifteen years ago, White teamed up with his neighbor to replace the standard brick front of their homes. “She told me she wanted to paint it, and I said ‘okay.’ Now it’s firetruck red. It’s different and it works because I have a fetish for red,” White said. 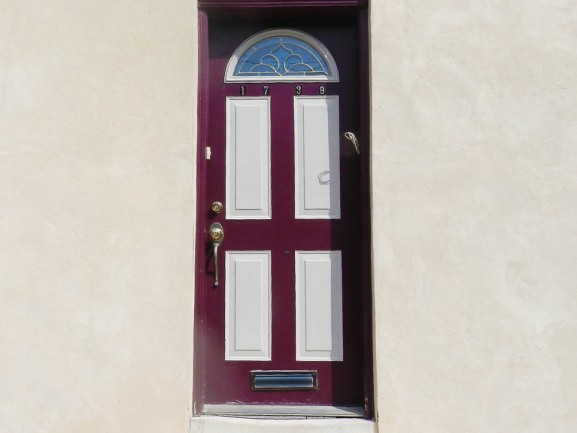 The most lively part of a seemingly empty home on 1739 Tasker St. is its purple door. Well-kept and inviting, it stood in stark contrast to the rest of the property. 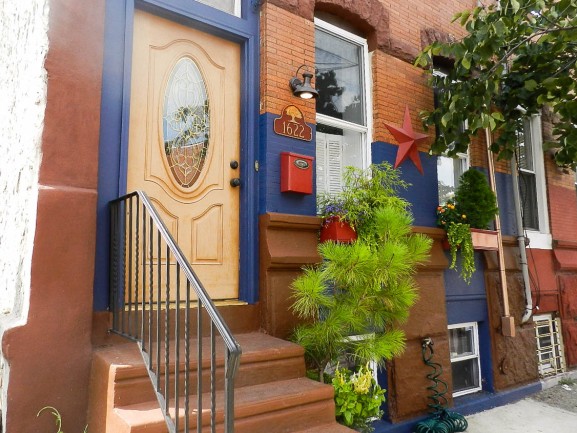 An older home, made anew with a splash of paint and decor, on 1622 Fernon St. While the outdoors were particularly patriotic, a Philadelphia Eagles flag in the window suggested the owners pledge their allegiance to the local sports team. 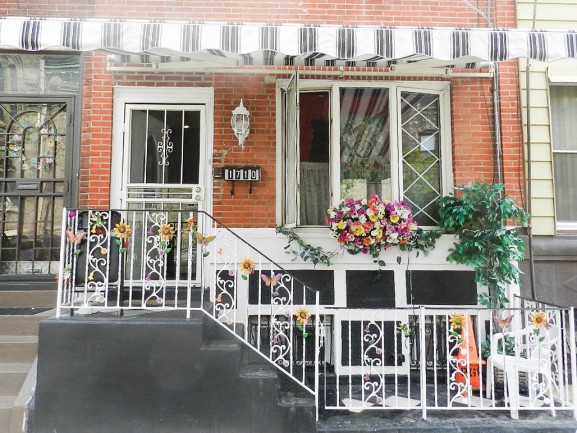 “When the spring comes, I re-decorate the front of my house. I’ve been doing it every year for the past 36 years,” said Delores Fortune of 1710 Morris St. Fortune’s love of both the neighborhood and color led her to fight City Hall for the planting of trees on her block. Only three other residents joined her in her cause

– Text and images by Jenna Meissner and Julianne Spingler.

Behind the scenes of a burlesque show is a performance of its own. Thirty minutes before showtime, beers were being slugged backstage straight from the can. The conversation circulated around who was going to get tacos from the [continue reading…]

The once dilapidated bar that stood near the corner of Broad and Ellsworth streets has been newly renovated and causing quite a buzz. Under a partnership of Sean Agnew’s R5 Productions, The Bowery Presents and [continue reading…]