From small, intimate restaurants with tables under twinkling lights to hardcore boxing and martial arts gyms, Northern Liberties is a place to discover hidden gems. Ritual Ritual is no exception. The 2nd Street store welcomes you into their world of design, creativity and inspiration as soon as you open the door. 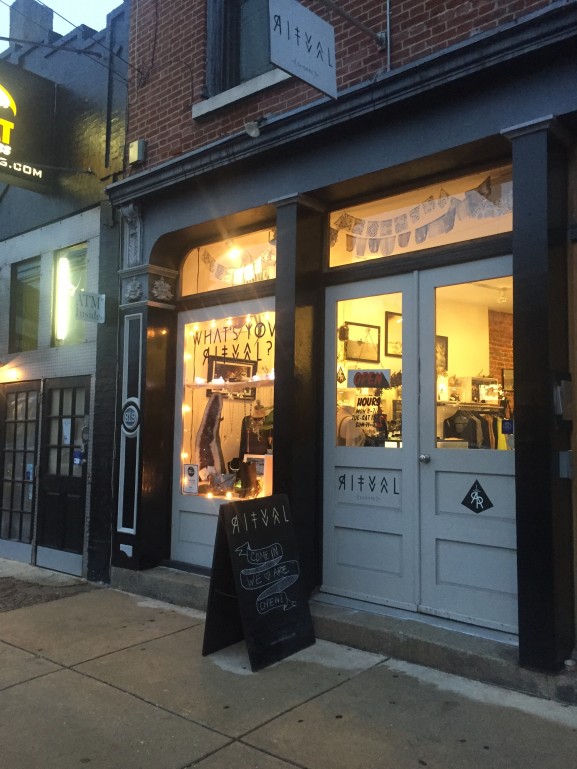 Owner Angela Monaco, 30, found her passion in jewelry-making at an early age and has been cultivating it ever since. She began school as a psychology major but quickly realized it wasn’t the path she wanted to pursue. 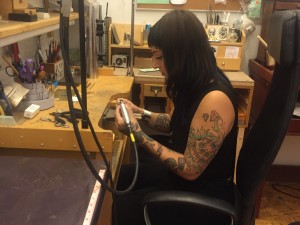 “I started making jewelry when I was in high school,” said Monaco. “I went to college for psychology and quickly realized that I don’t like academics and just wanted to be an artist. It became a way of making money. I wasn’t good at serving and the other college jobs you had. My jewelry started becoming popular and I made a brand name for it.”

Monaco began developing her brand, Concrete Polish, which she still operates today. Through Concrete Polish, Monaco made connections with other Philadelphia artists and began collaborating and expanding her brand. After displaying so many other artists’ pieces, Monaco wanted to create something that was representative of that collaboration instead of a brand that only featured her.

In September of 2013, Ritual Ritual opened and a one-of-a-kind place was born. Monaco and fellow designers were able to work in shop and display their pieces while being inspired by each other. 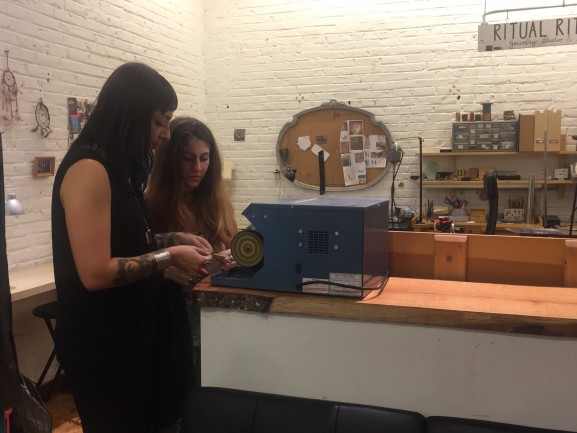 Monaco features numerous different designers in her store and has many artists and designers that work right in the studios at Ritual Ritual.

Makenzie Flynn, 24, one of the designers, got involved with Ritual Ritual by designing T-shirt and candle illustrations for Monaco. She has expanded her work to involve dreamcatchers and prayer flags and will soon be offering reiki sessions in the store.

“Aside from the fact that we’re constantly having so much fun together, my favorite thing about Ritual is that there’s really nothing else like it in Philly,” said Flynn.” It’s a community. It’s a creative space. It’s a venue for events. And it allows me to connect with like-minded spiritual individuals.” 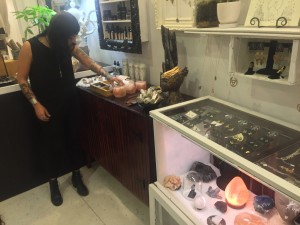 Monaco moved Ritual Ritual to their current location on 819 N. 2nd Street. The store transports you into the various designers’ world. Dreamcatchers and crystal necklaces hang from every angle while the comforting scent of candles and incense carries you through the store. The shop seems small but behind the register, there are multiple studios just beyond the curtain. From fabric swatches to polishing machines, the designers have everything they need to work on their pieces right alongside each other.

“We all contribute and remerchandise things,” explained designer Laura Nunzi, 31. “It’s so free; we get to do whatever you want. Angela’s never like ‘oh that’s ugly, I don’t like that.’ She’s like do it, do whatever you want. It’s a free-for-all. Every time I come in, it’s different. Whenever you’re an artist working closely with other artists, things tend to rub off, you learn from other people and pick up on their style a little bit,” said Nunzi 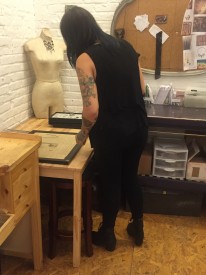 Ritual Ritual is a collaboration of many different designers and their styles.

“My style really changes and reflects how I’m feeling, what the weather is, and the seasons,” said Monaco. “My jewelry is what I really want to wear – not that I don’t love wearing other people’s designs. I have a high impact with crystals. I work with them in a healing way and I also just think that they’re awesome scientifically in that they grow out of the earth. So, a lot of my jewelry is based around the crystal.”

Monaco and the rest of the designers are really looking forward to the future. Monaco hopes to start a more affordable fine jewelry line that can cater to petite and finer styles. Ritual Ritual just celebrated their one-year anniversary at the 2nd Street location and for the store; it’s just the beginning. Monaco wants to open up more opportunity for her store but also for the designers. With the growth of their products and expansion of the Ritual Brand, Monaco wants all of the designers to benefit. 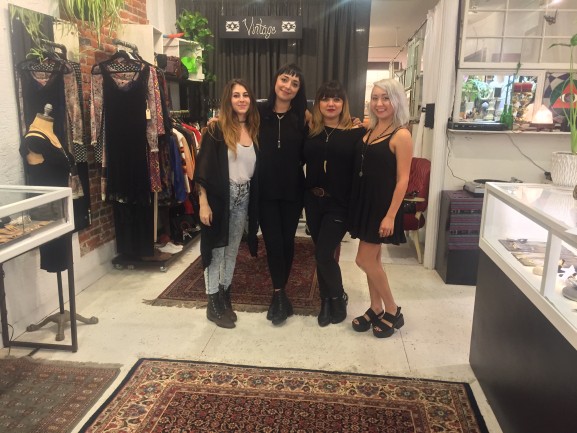 Monaco says Ritual Ritual is a place for everyone. Her passion for her brand, the designers she works with and her hopes for the store are so evident to anyone talking with her. As a mentor, Monaco continues to encourage people to do what they love and tells them to keep learning, just like she still is everyday, how to better yourself as an artist.

– Text, video and images by Lauren Brown and Coleen O’Hara.

On the 600 block of North 35th Street lives a young college graduate trying to make a difference in the City of Brotherly Love. Twenty-three-year-old Ivan Vivar is a recent graduate of the University of [Read More]