“The visual arts help develop sustained focus and articulation of the decision making process,” said Helen Haynes, chief cultural officer for the City of Philadelphia Office of Arts, Culture and Creative Economy at the A+ Arts Exhibit at City Hall. “You can see that in the images around here today. These are the higher brain functions, not just teaching to the test.”

Haynes attended the reception for the exhibit, which had been in residence in City Hall’s East Gallery from August through early October. The A+ Arts exhibit is a collaboration between the School District of Philadelphia, the Office of Arts, Culture and the Creative Economy and Blick Art Materials. Featuring the work of 138 students from 25 schools across 10 council districts, the reception included the distribution of $15,000 in gift cards from Blick CEO, Robert Buchsbaum.

“For us, arts education is our livelihood,” Buchsbaum said. “We recognize that in certain areas, it’s very hard to come by the dollars to meet the needs of arts programs. We try to help out.”

The event marked the second year Blick has partnered with the School District of Philadelphia to provide supplies to its financially-constrained arts programs. Blick has been a longtime supporter and advocate for the arts, and continues to be involved in many national and local initiatives to support art and offset budget limitations in schools and communities.

“There’s a lot of talk about STEM,” Buchsbaum said. “We like to talk about STEAM – science, technology, engineering, art and math. A lot of what you see in modern business, whether the design of an iPhone or what you buy in store, has a creative aspect.”

The exhibit featured works from students in kindergarten through 12th grade, and included portraits, sculptures, modern art and landscapes. Students, parents and teachers packed the gallery in City Hall’s East Wing for the reception early in October. Among them was art teacher Lucy Russo from Julia R. Masterman High School, located in Spring Garden. 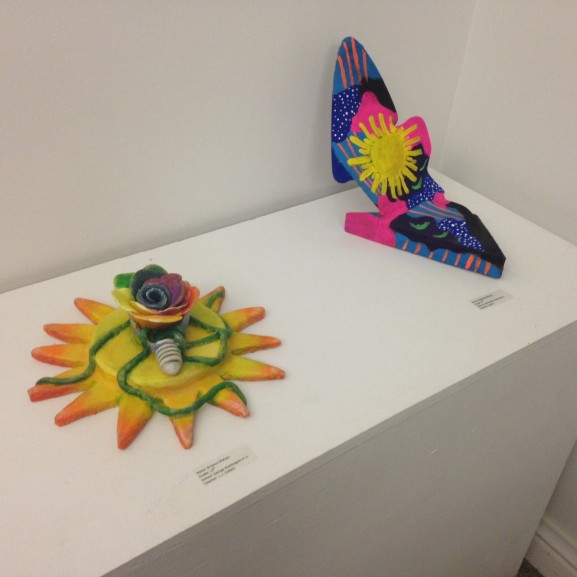 “I think it’s becoming accepted knowledge that people in the world are looking for creative problem solvers,” Russo said. “It all starts in our schools.”

When her students were told their work would be displayed at City Hall, Russo said they were overwhelmed, particularly her high school seniors who’d watched the budget constraints reduce art programs.

“Having supplies was so important to my seniors,” Russo said. “Philadelphia schools don’t have an arts budget. [The Blick donation] is like a godsend.”

The budgetary issues surrounding Philadelphia’s public schools isn’t a recent crisis. In 2014, schools nearly didn’t open on time for the year when reserve funds had been tapped out and incoming funds were virtually non-existent. Former Governor Tom Corbett imposed a cigarette tax on the city to raise funds, which offset some costs, but didn’t preserve arts programs. Russo noted that at that time, many of the district’s art teachers dipped into their pockets to provide for students.

Blick’s donation couldn’t have come soon enough for art teachers. A state budget has yet to be approved to continue funding schools currently working a deficit of nearly $275 million, according to the Auditor General’s Office.

The budgetary stalemate comes from Harrisburg where Democratic Governor Tom Wolf has vetoed a Republican-authored budget that would have provided stopgap resources of $11 million to schools.

“The arts are not a luxury. Without the creativity the arts promote in our schools the next generation of innovators could be lost. Can we afford it?” Klose said. 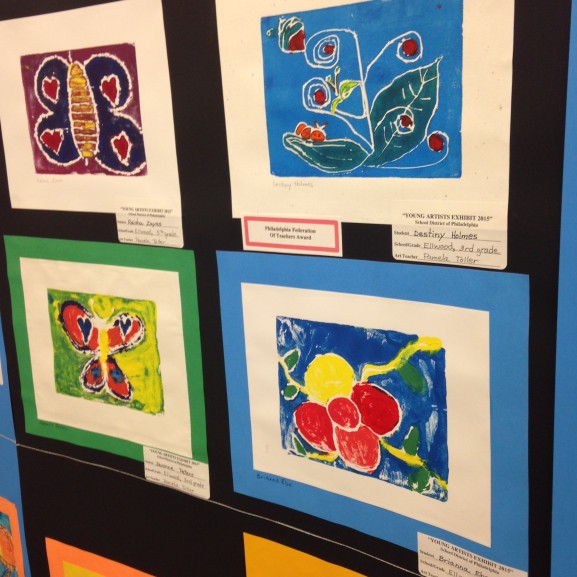 For local mom Tashanna Garrett, whose son’s artwork was on display at the reception, any loss of arts education would be felt throughout her family.

Mayor Michael A. Nutter, speaking at the reception, lent his support to a continued arts education program in all schools.

“Studies have shown arts education can improve student performance in language arts, math and science,” he said. “It’s a component of a high quality education.”

For the art students, however, the issue isn’t funding or partnerships or even politics, but the simple chance to breathe through their art.

“[The arts] are a way for me to calm down,” said Genesis Davila, a 6th grader at Juniata Park Academy.

A challenging curriculum and personal investment in the young men of the Cobbs Creek neighborhood is what Boys’ Latin of Philadelphia Charter School offers to its community. Located at 55th Street and Cedar Avenue, Boys’ [continue reading…]

Olney Charter High School was once a building housing two separate high schools. Imagine walking into school with a friend and having him or her go right to enter Olney High School East while you [continue reading…]