Tiffany Murphy, a native of West Philadelphia, fell in love with community organization and civic engagement during her childhood. Years later, she is now the coordinator for the Uhuru Flea Market and the upcoming One Africa, One Nation Uhuru Book Fair Market that institutionalizes and develops programs to defend the human and civil rights of people of African heritage.

How did you get started with the Uhuru?

What is the Uhuru movement? 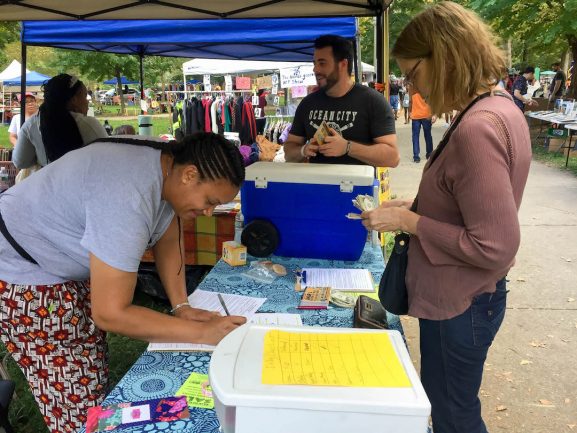 Philadelphia is always torn between the two ideas of being the City of Brotherly Love and being filled with crime and poverty. How do you feel about the two contradicting images of the city?

It is funny you say that because the City of Brotherly Love only goes as far as perhaps a tagline for tourism. A study recently came out that Philadelphia is one of the top metropolitan cities where families live in deep poverty. This is prevalent in the African community because of the lack of jobs, resources and education. This is why I believe the work of the Uhuru movement is really important.

Uhuru is not a charity organization that gives out resources with no vision in sight. That is the brilliance of economic self-determination and self-reliance. You know – because if you teach a man to fish he will be able to eat forever. That is the kind of the concept that we are putting in when we put these institutions into place, such as the Uhuru Flea Market now.

In April, we put on the Uhuru Health Festival, which addresses the question of lack of health care and health resources in the African community. We are organizing the people, we are putting the information in their hands and we are collaborating to put resources and real solutions in place. 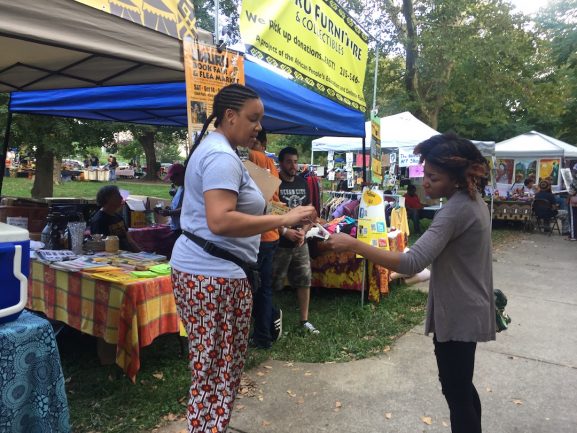 How do you get the community to focus on one issue at a time to help people throughout the city?

There is a real intentional mission to empower and to organize our people to work towards their own liberation and towards their own freedom. If you give the people the tools they need to succeed, flourish and to do well, under this system we will begin to build our communities in our own interest and not wait for a savior.

People are collaborating, but sometimes ideologies are different. Sometimes political lines differ. The mission is still the same to give our people what they need in terms of resources and the information they need to move forward and fight for their own interests.

What is your greatest goal to accomplish within the next year for this community?

In addition to watching independent businesses and artists grow, the goal is to see people organize with The African People’s Education & Defense Fund. APEDF truly believes in our mission of self-determination for our people who are willing to organize and make things happen no matter what. I know it is going to take a lot, but that is why we continuously hit the streets. We make the phone calls, we make programs and we have the emails. To organize the people is to organize our own freedom – to organize a real win for the African Community.

Growing up in West Philly and being a part of Uhuru now – what does that mean for you, being someone who is making a change in the community?

I have come full circle. I am just really proud of the work that is being done here in West Philadelphia and with the Flea Market. It is like magic, like African magic. You are not going to find a marketplace quite like this. In our community, you will find just a wide range of items, crafts, and handmade goods. You get to really see the talent and the artistry of our people. It just blows my mind every single month.

This is my greatest accomplishment. Putting this flea market on and seeing people that come and find their treasure and find happiness. Not just being amongst their people, but finding real things and gaining inspiration because of what we have done with the flea market. 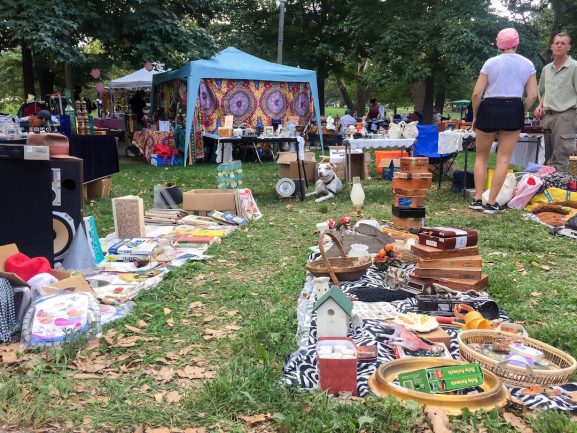 – Text and images by Alexa Monteleone and Katelyn Evans.

Michael Munson, a Cedar Park resident for eight years, has always had a passion for physical fitness. While working as a chef in various restaurants around Philadelphia for 25 years, Munson found a way to [continue reading…]

Philadelphia is undoubtedly a hotbed for startup activity in the technology, science, health and creative field. It is an equally popular place for student entrepreneur startups as well. Students enrolled in some of the city’s [continue reading…]