For the 50 students in Dorina Morrow’s advanced vocal music class at the Philadelphia High School for the Creative and Performing Arts (CAPA,) the choir room is their stage. Standing three stairs deep in front of a grand piano, the students recently sang their hearts out to Frank Sinatra classics, swaying and dancing along to hits from before they were born.

They belt out the chorus to Sinatra’s standard “Stella by Starlight” before breaking into trios to dance to “Come Dance with Me” and then slow it down for “The Lady is a Tramp.” The air tingled as the students hit their last notes. They waited until Morrow lowered her hand to signal the official end of the song, and then they all turned towards a man sitting next to the piano.

He hummed a few bars of what they just sang and then said with a smile, “That was really good.”

The students glowed at the praise, coming as it did from acclaimed singer and Sinatra expert, Michael Andrew. Andrew is one of the musicians partnered with the Philadelphia POPS Orchestra’s debut program, “POPS Outside.” The program is part of the non-profit’s efforts to reinfuse Philadelphia’s public schools with a love of music and access to music education.

“I was so nervous [to work with Andrew] but I just let all the nerves come out in the music,” said CAPA vocal student Davir Tyler.

In Morrow’s choir room, the students prepared to sing with the POPS orchestra as back up for singer and daughter of entertainer, Dean Martin, Deana Martin. The students were also pre-concert entertainment in the Kimmel Center lobby’s Plaza Stage during the POP’s Sinatra: A Centennial Celebration in early October. 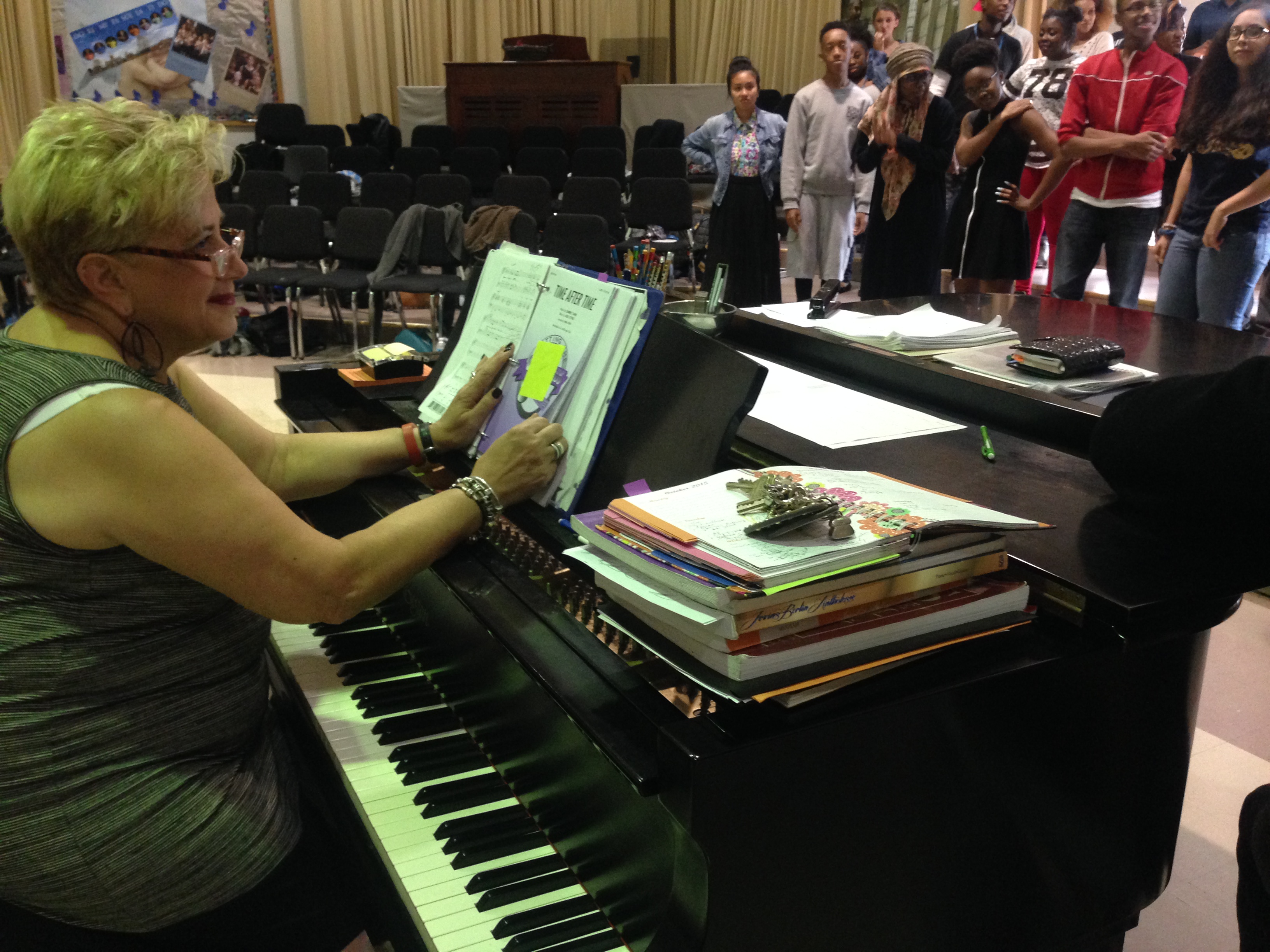 “POPS Outside” began June 9 as a partnership with the School District of Philadelphia for the All City Jazz Festival. The program includes Central High School, the School of the Future, Franklin Learning Center, Philadelphia High School for the Creative and Performing Arts, Julia R. Masterman High School, Girard Academic Music Program, Kensington CAPA and The Arts Academy at Benjamin Rush. The POPS will visit a number of these schools throughout the 2015-2016 school year to hold master classes and workshops with students.

For Jason Ward, manager of Education and Community Engagement, the opportunity for students to interact with professional musicians instead of just observe makes all the difference. 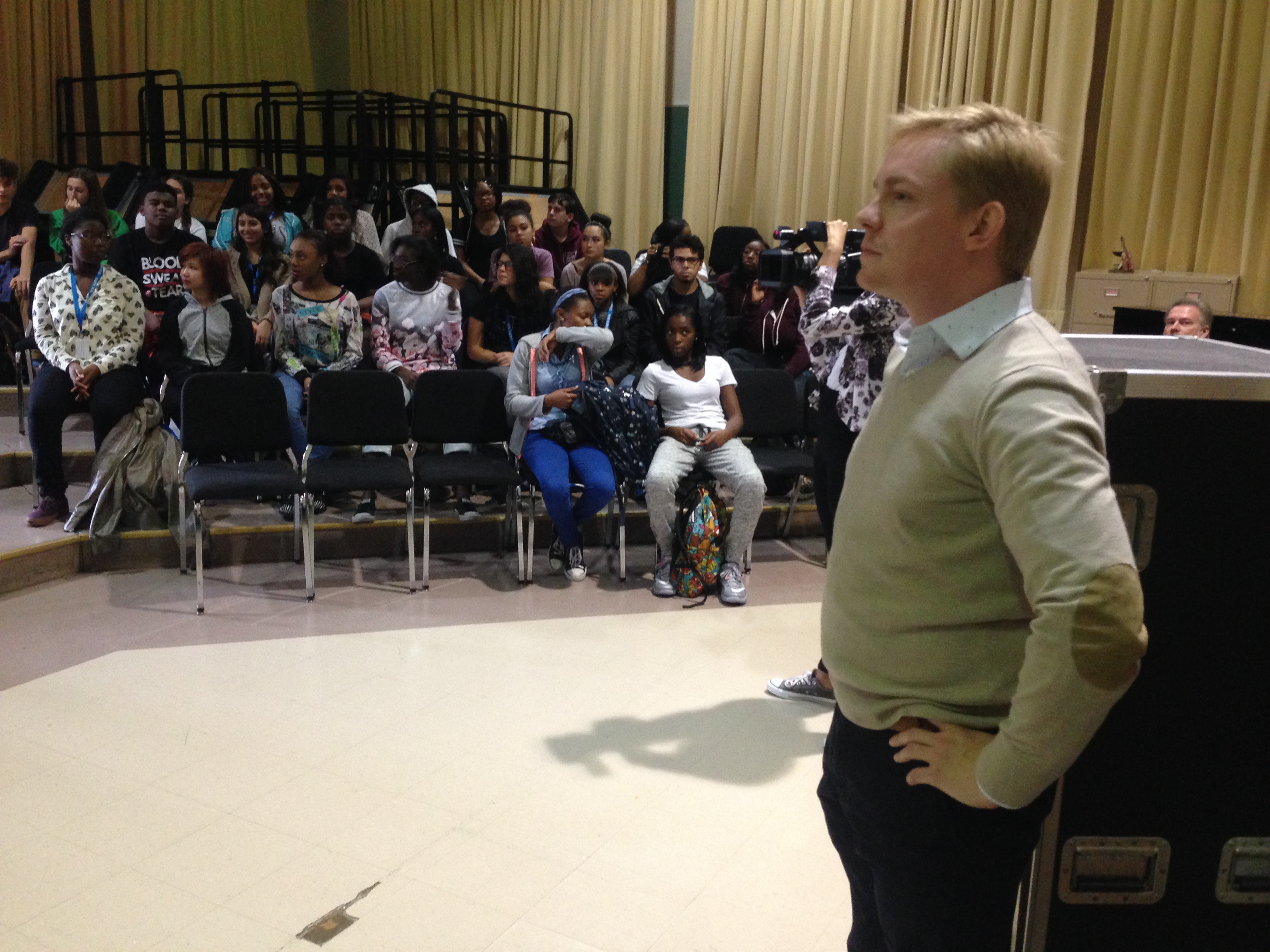 “As a French horn player, I spent 10 years in school having people perform for me,” Ward said. “It’s gets boring. You just want to sit and learn with them as opposed to figure it out on your own after everyone’s gone home.”

Ward attended the workshop held Oct. 7th at CAPA, listening in as the students enthusiastically chanted “sing” whenever Andrew ran through a few bars of the music. The passion was palpable as he gave advice and constructive criticism on how to really bring the swing out in Sinatra’s classics.

“You’ve just got to breathe through it,” Andrew said as he worked with a student on breath control and phrasing. “I think you can do it.” 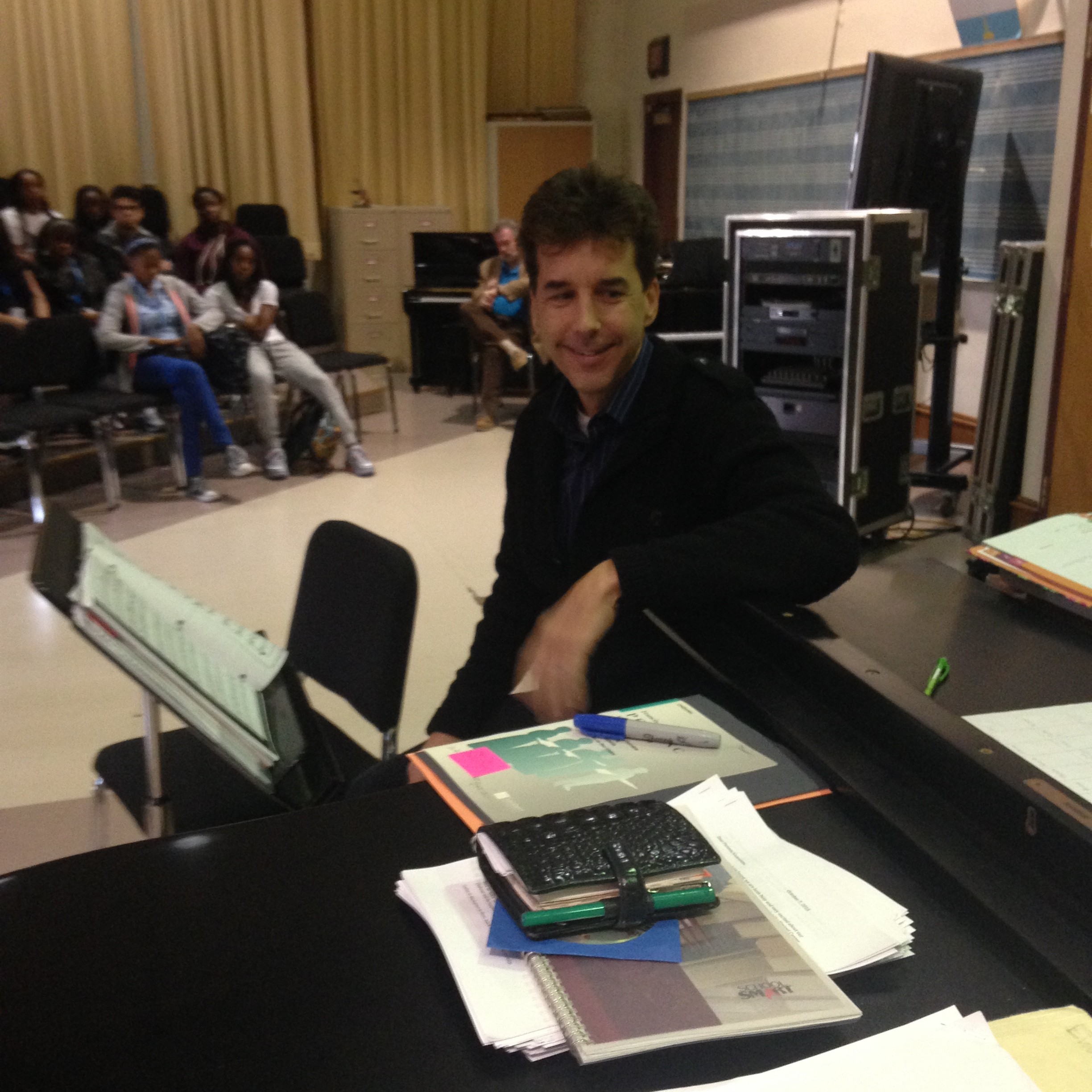 For Karen Corbin, vice president of the POPS, this kind of interaction between students and musicians is what the school district has lost as budget cuts continue to whittle away at arts programs.

“Working at a non-profit you look for places you can be meaningful,” Corbin said. “This felt like a good place we could support reemergence of music education in these schools and embellish on what might be provided without us.”

The POPs has partnered with Wells Fargo and Philadelphia Energy Solutions to bring music to the schools and provide the students with a venue to perform.

“The dream would be that all of the schools would have a music education program,” Corbin said. “We’re starting with our ten.”

Residents gawked from stoops and car windows as people flew dozens of feet above their heads. Nestled on the edge of Olde Kensington, Fly School Circus Arts treats residents to their very own circus in [continue reading…]