Nobody said Fishtown was just for fish.

Palmer Doggie Depot, located at approximately 37 E. Palmer St., is a park for residents of Fishtown and other nearby communities to let their dogs run, play and meet other dogs.

“I live on the same street [as the park] and there are always people coming here, so it’s nice to meet people through that,” said Jessica Poehlman, dog owner. 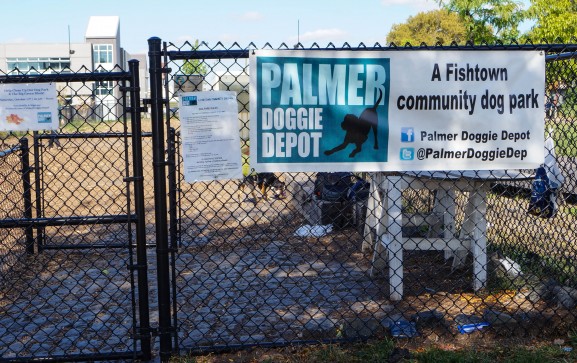 Open daily from 6 a.m. to 10 p.m., the park becomes a daily routine for some residents.

“Most people don’t have yards [in Fishtown], and my dog needs exercise,” said Jared Fore, a local business owner. Fore said he comes to Doggie Depot at least once a day.

The park offers a spacious, unpaved area for dogs to get some exercise. It comes with a few toys for playing fetch, and seating for dog owners.

Doggie Depot serves as part of NKCDC’s Big Green Block project. Since 2008, the organization has been working hard to transform a stretch of unused land into one of the greenest and most active areas in the city.

The park’s construction began in early 2013, when NKCDC and volunteers from around the community came together. 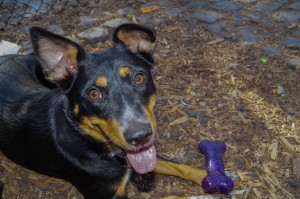 Though there are many parks throughout Fishtown, Doggie Depot is the only one specifically for dogs. This attracts many residents from nearby neighborhoods Kensington and Port Richmond.

“Dogs are really easy to bond over,” said Kensington resident Aidan Walsh, who was visiting the park for the first time. “You get people together with their dogs, you make friends, and you build a community.”

Walsh said he noticed the park from passing it on the subway many times, and finally decided to stop in. 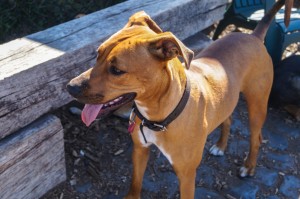 Some visitors are not even from the city. Dog owner Anne Dean said visiting the park is a staple when she visits her daughter in Fishtown.

“My dog is used to wide open space, and this park is the best area for that [in Fishtown],” Dean said.

More information, including rules and regulations, can be found at the park’s website here.

Across from Fairhill Square Park on Fifth and Lehigh streets, Katherine Garcia sat, talking to her neighbors and keeping a close eye on the jungle gym across the street.  In the park was Garcia’s daughter, 12- year-old […]