When Jill Booth decided to set down roots on Manton Street in Point Breeze, she didn’t expect to – quite literally – start a community-wide movement.

“My friend, my sister and I were going for a run one day and someone stopped us on the street and asked if it was part of a running group,” she said. “So I went on Facebook to see if there was a page for one but it had been inactive. So, I messaged the previous owner, and they gave me control.” 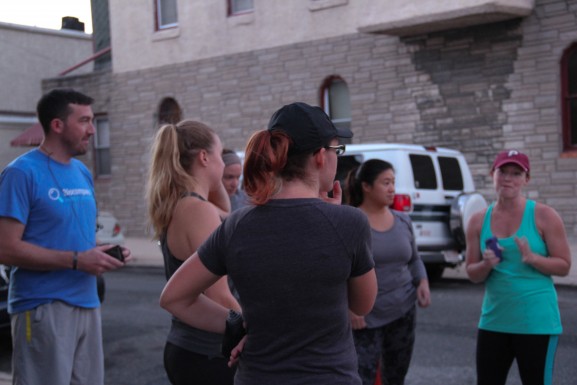 That was the beginning of the Point Breeze Runners, or as the locals say, the PBRs. After assuming leadership of the group, Booth brought her close friend and fellow avid runner, Rebecca O’Brien on as a co-founder.

However, it was quickly discovered that while making friends and keeping fit sounded like a good plan on paper, it wasn’t enough to bring the residents out. Booth and O’Brien realized that they needed a larger incentive to help the PBRs grow, and with some brainstorming, they came up with the perfect prize: alcohol.

The introduction of beer was the boost that the two needed to get one step closer to their initial vision: to engage and interact with the community through exercise.

“Now, when I’m running around, everyone says, ‘Hi,’” said O’Brien. “I run into people all of time in Center City, South Philly, even Kensington. We’re all spread out, and it’s really nice.” 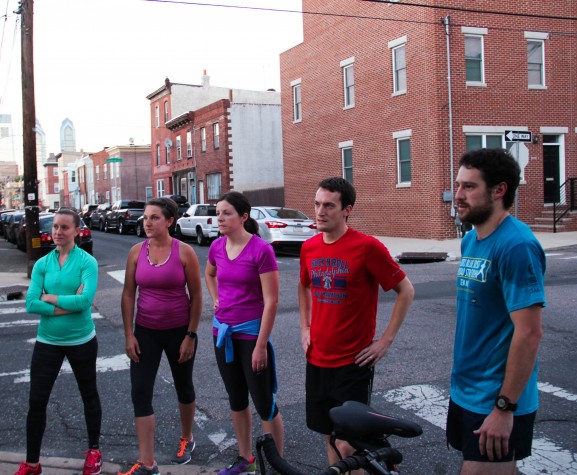 The group meets at American Sardine Bar at 18th and Federal streets but offers two runs to accommodate the unique fitness levels of its members. Whether participants choose the longer or shorter route, the end game remains the same: a cold draft from an increasing number of venues.

“We started branching out a little bit and trying different bars in the city, like the pop-up beer gardens in the summer and Madeira that just opened up,” said Booth. “We have a couple more locations that we want to try. Now that it’s cooler, a lot of people want to go to bars with fireplaces.” 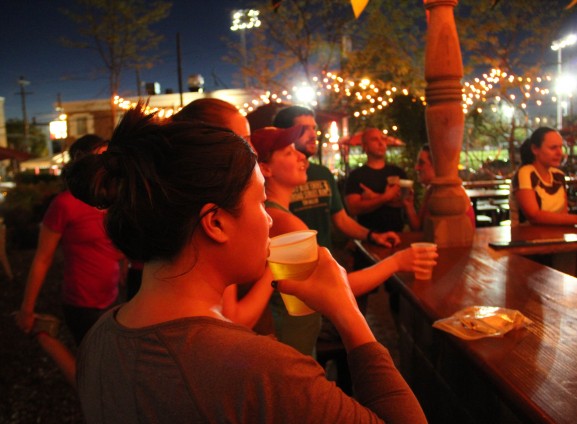 Expansion is all-around on the horizon for the PBRs, with a steadily rising headcount and fundraising efforts to benefit the local community becoming stronger. While mixing cardio with craft brew might still seem slightly unorthodox, O’Brien, a registered dietician, assures its advantages.

“Everything is about balance,” O’Brien said. “You need to include everything in your diet, just in moderation. And in any area, if your residents are healthy, then the community is healthier as a whole.”

So, consider burning calories for beer to be runner-tested, health-expert approved.

– Text and media by Julianne Spingler.

[vimeo 51152586] When AJ Vagliani was diagnosed with cancer as a teen and was given only 24 hours to live, the neighbors on the 2500 block of Alder Street in South Philadelphia came together in support [continue reading…]

At first glance, South Philly Bikes may seem like just a typical bike shop. But to Dan Oettinger (pictured above, left), owner for the past three years, his shop is much more. As the owner, repairman, [continue reading…]

“Well, the simple answer is for love,” said London native, Elena Brennan, explaining why she came to America in 1985. After getting married in London, she and her husband at the time moved to the United [continue reading…]