A new 1980s-themed Room Escape has opened at 1804 East Passyunk Ave., adding a new flavor to the area. A Room Escape is a real-life interactive puzzle where team members work together to figure out how to escape the space that they are put into.

The concept derives from a popular video game genre. “Escape The 1980s” co-founder Elisabeth Garson first heard about the concept when she experienced one at Comic Con.

“I was terrified and didn’t want to go,” Garson said. “But then when I went in, I loved what I saw and what potentially could happen with this entire genre.”

She says she has a love-hate relationship with the ’80s but that they are coming back into style. Garson picked the theme for her Room Escape due to the fact that it would appeal to both older and younger generations.

“I felt like it was pushing the Room Escape theme away from a detective or mystery,” she added. “This is more of a party. The ’80s were fun.”

According to co-founder Michael Garson, Elisabeth’s ex-husband and business partner, the game takes the players back in time. The team worked hard to recreate the ’80s, and those who are into that time period will see that they got it right. 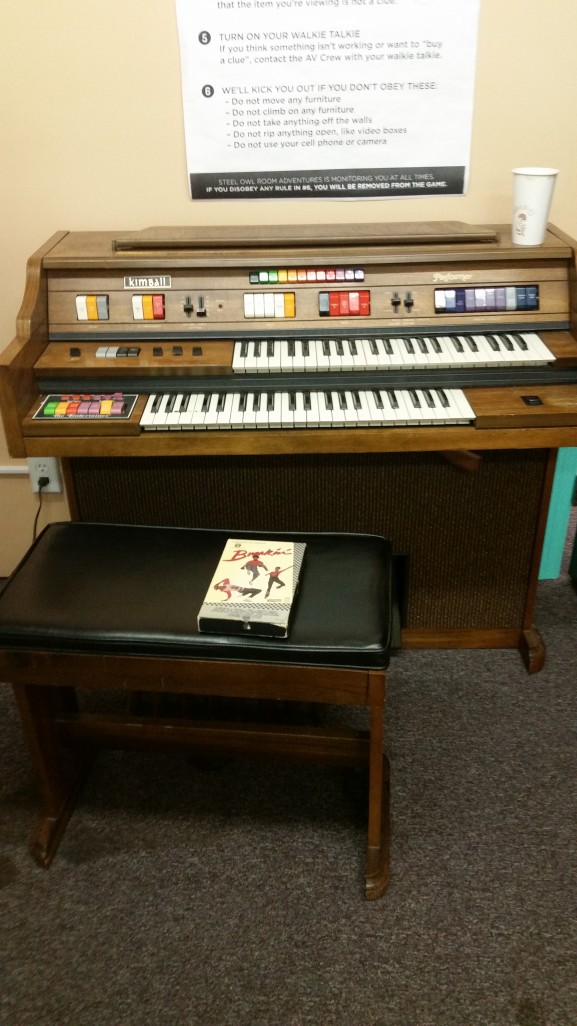 “I’ve seen every kind of person come through,” Michael Garson said. “There have been people who look like they’re too cool to come to this thing and yet they enjoy it just as much as everyone else.”

The design of the game was one of the most complicated aspects to getting the game set up. There are many technical intricacies incorporated, including the sensors that allow you to move from room to room.

“Our lead tech guy is an engineer,” said Elisabeth Garson. “It’s a complicated build, but definitely a fun one for sure.”

Joshua Crisamore, the technical lead, worked on many of the details behind the game along with Casey Watson, a technical consultant brought on to help with the more hands-on aspects.

“I had to do a lot research, like what would be the best soldering station to have back there for everyone to use, and then down to what technologies we would use for the final design,” Crisamore said.

“It’s a fun experience that makes you feel like you’re young – not young like 16 or 20, but like you’re 12,” Elisabeth Garson said. “You’re running around feeling an internal joy that I’ve never seen anything else produce.”

Players don’t have to know anything about the 1980s to play. According to Crisamore, at the end of the day it is all about the experience and the main goal is for people to have fun. He says anyone who wants to, can enjoy the game.

Tyrique Glasgow is thirty-two years old and has 11 bullets lodged in his body. One of his front teeth is missing from fleeing a gunfight that broke out near his childhood home. Adolescence could have killed [continue reading…]

When Sean Roche’s pastor at Calvary Fellowship, one of the biggest church groups in Philadelphia, brought up the idea for a South Philadelphia location, Roche jumped at the chance to help. Roche, a teacher at [continue reading…]