Tyrique Glasgow is thirty-two years old and has 11 bullets lodged in his body. One of his front teeth is missing from fleeing a gunfight that broke out near his childhood home. Adolescence could have killed Glasgow but instead he stands as an adult on the corner of 27th and Tasker streets with a group of South Philadelphia’s youth surrounding him. 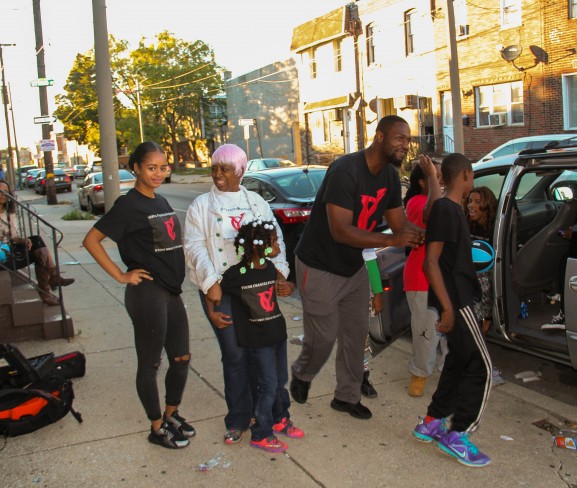 “I was shot 11 times, went to jail for five years and had the opportunity to really think about where my life was going and where I wanted to go,” he said. “I never wanted people to think that I was a negative person but some of the actions and things that I did showed them that that was the type of person I was.”

After serving his time, Glasgow felt an obligation to affect his community in a positive manner and decided to start at a place where he at times wished he could revisit – childhood. This concept is what led to the inception of Young Chances Foundation, Glasgow’s non-profit organization contributing to the livelihood of South Philadelphia children since November 2011.

Young Chances emerged as a single football team helping a small group of boys like 15-year-old Nasir Livingston. Livingston, like Glasgow, has lived in the area his entire life and has had similar experiences with the violence that afflicts the neighborhood.

“He’s one of the at-risk kids that has a little juvenile record and some anger management problems but he’s not a bad kid,” Glasgow said. “He just needs some time and communication help throughout his life.”

Livingston now avidly takes part in several Young Chances activities with his favorites being game nights and basketball tournaments and he attributed many of his friends to time spent working with the organization. However, he would have never joined if he didn’t feel an allegiance to Glasgow in the first place. 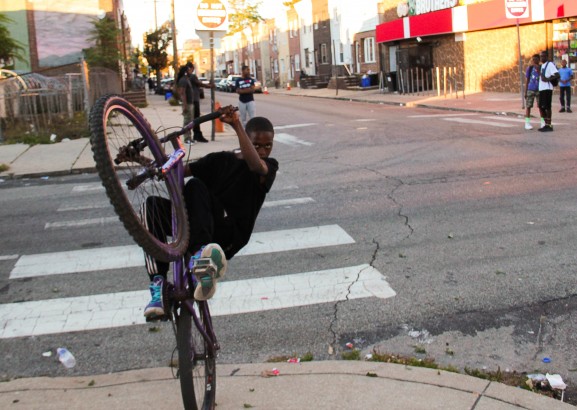 “I could go up to him and say, ‘Look, I’m hungry,’ and he would give me something to eat,” Livingston said. “He did stuff like that. So, I have no choice. I have to participate.”

Now hundreds of children participate. Through after school assistance, summer camps, several organized sports teams, amongst a slew of other events and fundraisers, Young Chances is reaching out to both boys and girls from preschoolers to preteens.

Program director Monee Jackson said, “We just want to give them an idea of what it’s like to have a fun childhood. Doing different things like that at no cost.”

Because Young Chances’ activities are free of charge, it has ended up helping out local adults like Donna Brown as well.

Because of this and the help that Glasgow gave during her cancer battle, Brown has been volunteering with the organization for the past three years.

The increasing number of volunteers with a common interest in involvement has supported the growth of Young Chances as a whole. This past August the group hosted a large Back-to-School benefit where they handed out book bags, supplies, and food to students—the turnout contributing to the overall strength of Young Chances’ core mission.

“The main thing is helping these children achieve something and showing them things that they may not be able to see living in this neighborhood,” said events coordinator Sherrita Rogers.

Pushing for change through the encouragement of youth positivity has pulled in local teenagers to act as relatable role models. Four years ago, when Young Chances began, sixteen-year-old Amaia Childs could have been one of the kids. Now she is the coordinator of the brand new dance program, undertaking the instruction of ballet, jazz and hip-hop all while attending a performing arts high school full time. 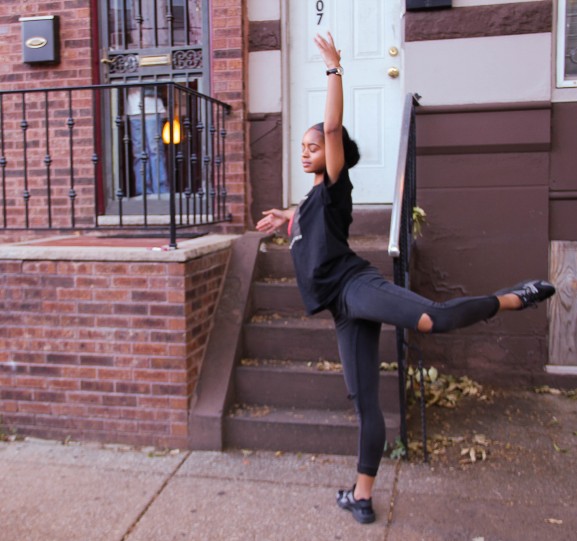 “The younger children around here aren’t really exposed to the arts,” Childs said. “I feel like it is a really good outlet for kids instead of getting involved in other dangerous activities. I feel like if they can express themselves through art, music, dance or whatever they choose, it will help them a lot in life, even if they don’t really realize it now.”

The future for Young Chances is looking up, according to Glasgow, with even more resources, support and recognition from notable figures such as Councilman Kenyatta Johnson. In the end though, Glasgow still relies on the will of the community to fulfill his goals.

“The community believes in us,” he said. “In our community, a lot of people think that there’s a disconnect but we know the one thing that we all stand by is that we want to see our kids survive.”

As they ride their bicycles and laugh on the same sidewalks that were riddled with crime during Glasgow’s childhood, it is clear they are doing just that.

– Text, video and images by Jenna Meissner and Julianne Spingler.

Point Breeze: The Breeze Is All Business

Just about all of the Point Breeze business buzz is rooted near the rapidly gentrifying Newbold section, where craft beer vendors and a yoga studio vie for street space with Dominican and Indonesian corner stores. [continue reading…]

Turning trash into treasure only happens on HGTV, right? Wrong. Elisabeth Garson, a South Philadelphia copywriter, saw potential for the otherwise vast waste of land at the corner of Broad Street and Washington Ave. At [continue reading…]

Point Breeze is abuzz with gossip and talk of change as gentrification continues to rile up residents. The emergence of the Point Breeze Organizing Committee (PBOC), spearheaded by long-time residents Gary Broderick and Mindy Isser, spurred [continue reading…]