Jessie Fox, 25, earned a degree in photojournalism but never thought of working for the news. Instead she wanted to take her camera to the streets of Philadelphia and tell stories of a changing urban landscape—a decision that led to her current place at Urban Roots, the local community revitalization group responsible for rebuilding Point Breeze’s Ralph Brooks Park. 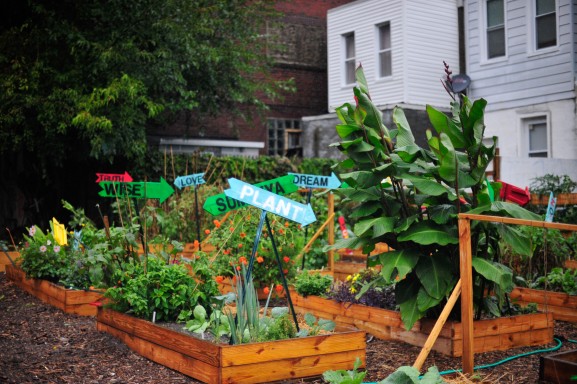 After growing up in Waverly, Pa., a small town just outside of Scranton and a short stint majoring in Marine Biology at Coastal Carolina University, Fox graduated from Temple University in 2012. She officially started as a photojournalist after being hired in April 2013 by Here’s My Chance, a Fishtown creative agency part of Impact Hub Philadelphia.

Eventually, Jessie moved on to become a Multimedia and Visual Content producer for the Philadelphia Inquirer and Philly.com, all the while having both her photographic and written work featured online for The Huffington Post and Hidden City Philadelphia.

Fox’s freelance career first led her to 20th and Tasker streets back in 2013.

“This project had been three years in the making,” she said. “I happened to be doing the freelance project and stumbled upon the area.”

In her piece titled, “In Point Breeze, Redemption for a Park,” Fox captured Ralph Brooks Park from the perspective of Jeffrey Tubbs, the local real estate and urban planner that had taken on the revitalization project with his then-two-year-old developing group Urban Roots.

Fast-forward to 2015 and Fox had maintained a relationship with the South Philadelphia area, including one with Tubbs.

“We kind of reconnected,” she said. “My contract at Philly.com was up, so I kind of just picked up from there, and Jeff and I had got to talking. Now, I’m at Urban Roots.”

On August 31, 2015, the ribbon to a re-developed Ralph Brooks Park was officially cut. The formerly run-down corner of Point Breeze was now home to a new playground area, basketball court, community garden, and neon-painted murals boasting messages of positivity by artist Stephen Powers.

A large number of longtime residents attended the event and Fox, the first official employee of Urban Roots, was able to portray the reaction and impact of such a large community change through her photographs.

“I know she was the master storyteller,” said Nate Nichols, former Impact Hub colleague and current co-ambassador of the Philadelphia chapter of the Thousand Network. “She showed the value of a new park with a candid eye.” 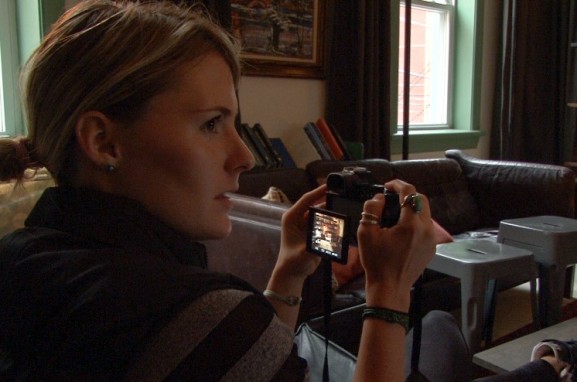 Before Urban Roots, Fox’s candid eye previously brought her to Point Breeze and to the story of one of the longtime residents in attendance at the park’s re-emergence, Tyrique Glasgow. Glasgow founded the organization Young Chances Foundation, which provides various enrichment programs for youth of the area to keep them out of the trouble he was involved in as an adolescent.

Back when Glasgow was a teen, Ralph Brooks Park was a hot spot for gang violence. His is a firsthand account of the neighborhood transformation and he believes that Fox contributed with both her work with Urban Roots and her Huffington Post story that featured him as a subject, “DisConnected in South Philadelphia”.

While Fox had spent a good amount of time covering neighborhoods of Philadelphia similar to that surrounding Ralph Brooks Park, urban planning was an entirely new experience for her.

“My background is in photojournalism, so it’s a little hard I think sometimes for people to see the connection especially with where I’m at currently in my career,” she said. “But it’s a learning experience for me. I’m definitely learning from my bosses and learning how that whole process works, and kind of managing everybody that goes into it. So, sometimes it’s a little bit of a learning curve, but at the same time, I think this is my chance to take full advantage of that.” 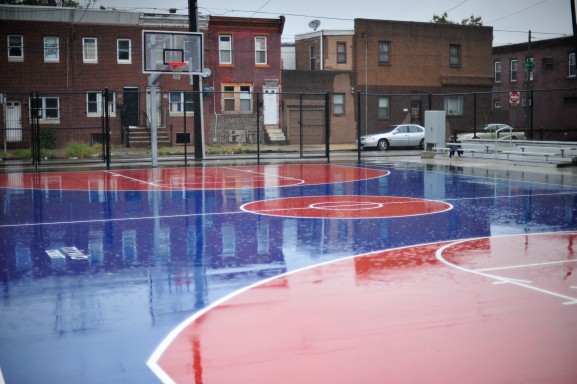 Her role at both Urban Roots and at Tubbs’ other real estate development venture, JDT International, involves social media coordinating, marketing and creative directing but most importantly it involves what Fox does best, connecting—the reason that those closest to her, like Nichols, believe that urban planning was a logical next step for the photojournalist.

“Her work as an urban developer is fairly new but makes so much for to parlay into,” he said. “She spent a lot of time in communities finding stories to bubble up and capture in a very authentic way. Urban developers should all be trying to tell the story of what was, what is, and what they envision the neighborhood becoming.”

Fox aims to continue growing at Urban Roots in the future.

“I was always trying to break this barrier of not always just being known as a photojournalist,” she said. “I think, right now, that with the people I work with, there’s a really interesting balance of talents. I fall into a unique category as a storyteller.”

Instead of breaking news, this photojournalist and now urban planner has made a name developing the unique narratives behind the neighborhoods of Philadelphia.

– Text and images by Jenna Meissner and Julianne Spingler

Northwest Philadelphia: Jumpstart Germantown Looks to Revitalize the Community One Property at a Time

Jumpstart Germantown is a redevelopment program that was established in April, 2014 by Mount Airy real estate developer Ken Weinstein. The organization tackles the problems of blighted properties in the Northwest by training a new generation [continue reading…]

Named after the first African-American woman to sing at the White House, the Marian Anderson Recreation Center has been standing since 1958. Located at 740 S. 17th St., the rec center was once the home court [continue reading…]