The room emanated ceremony, muted in tone and tenor, with rows of forward-facing benches.

Nobody banged gavels or swore in witnesses. Yet the two men each endured scrutiny from the small gathering of citizens at God’s Worship & Praise Temple of Spirit & Truth Ministries. The Reading, Pennsylvania, church hosted a forum for state Supreme Court candidates vying for the three open seats – the most in state history. 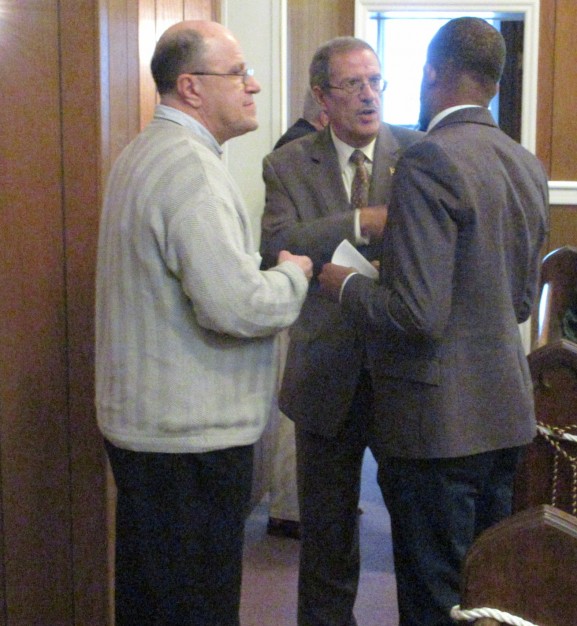 The two men took turns answering questions posed by the gathering of people sitting in the pews.

Edwards, a 26-year-old political consultant, was trusted to represent the interests of Judge David Wecht, while Panepinto sought endorsement for his own candidacy.

“When Abu joined the team, he hit the ground running and we are very proud to have him on our team,” Kates said in an email. 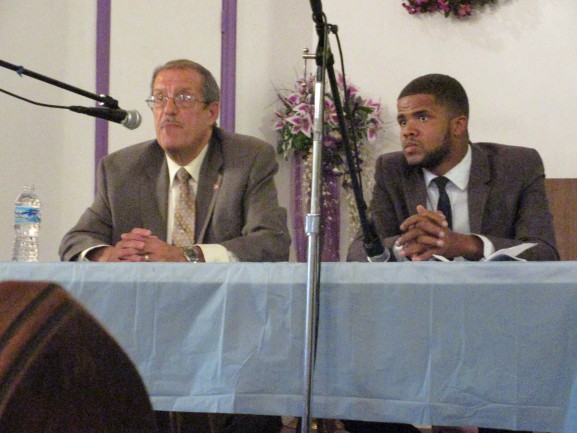 The judge’s plan echoed the young consultant’s own convictions, and his articulation belied personal significance.

“I always [feel] pushed to advocate for people,” Edwards said. “I am an advocate. Everybody to me is equal … and I think that, in Olney in particular, we need more people to advocate to better our generation, because we’re all in the world together.”

Nearly two decades ago Edwards monitored the halls of Robert Fulton Elementary School. His official title was “safety” and it left a profound impact on him. He refers to his third-grade safety duties as his first political post.

Raised in Germantown, Philadelphia, by his mother in a single-parent household with four siblings, Edwards received first-hand experience of the hardships that afflict the economically deprived.

Dire circumstances led to acquaintance and then familiarity with the resources – and often desolation – awaiting the impoverished. At times his family lived in homeless shelters, he said.

Edwards’ grandfather developed Parkinson’s disease. After a lengthy bout with the illness he passed away. While caretaking, his grandmother was diagnosed with Alzheimer’s. She passed away in a house fire soon after the death of her husband.

The financial and emotional fallout was difficult for Edwards’ own mother, he said. But hardship left Edwards neither hardened nor callous. 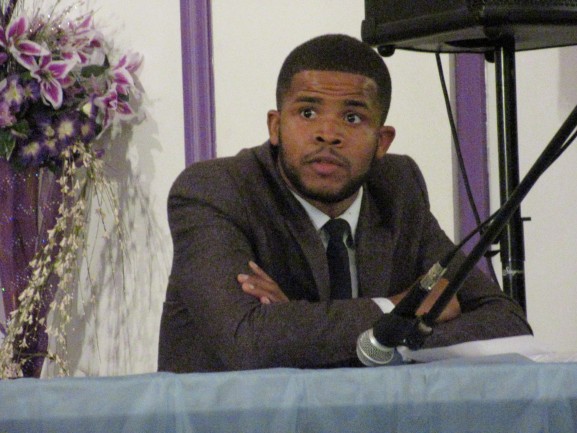 Edwards’ drive to help extends beyond policy-making; he makes persistent efforts at the interpersonal level. He described walking around Olney and sharing a meal and a drink with the people he encounters.

“I’ll ask them questions like, ‘What do you all want in this neighborhood? You guys are 21, 22. What is it that you guys need, because you guys have been here all your life?’” he said.

Edwards volunteers at the Greater Olney library and has risen to the rank of president of the branch’s Friends Group.

“I saw first-hand his ability to congregate the community for a cause,” said LaBae Daniels, a former librarian at the Greater Olney branch. “The Library Friends Group membership quadrupled in a very short time after his appointment. … I witnessed Abu garner a generous donation of 10 much-needed tablets for the branch. It was apparent that Abu took genuine interest in the library and the community served.”

In addition to donations and a membership swell, Edwards started an entrepreneur workshop at the Greater Olney branch of the Free Library of Philadelphia to enable residents to realize their goals.

Leon Harris-Sullivan, a classmate of Edwards at Parkway West High School, recalls Edwards’ concern for others.

“He got in trouble for bumping into [our teacher], Mrs. Johnson, so at the [disciplinary] assembly he apologized to everyone, including her,” Harris-Sullivan said.

“In all honesty, nobody ever admits to doing something wrong or they don’t really stand up for the right thing,” he said. “And that always stuck with me because people don’t apologize for anything anymore and people don’t try to make it right. The fact that he apologized and made it right, that was awesome.” 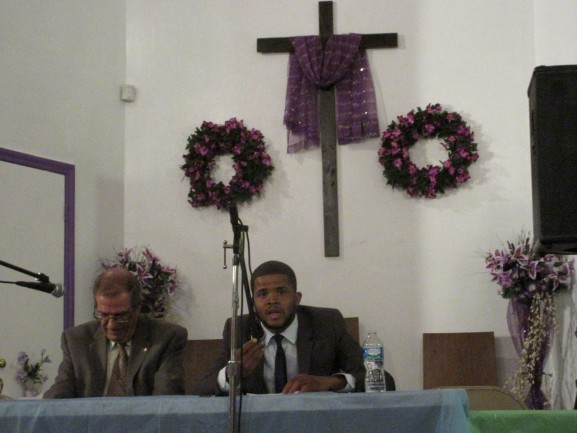 Edwards looks to carry forward this moral virtue in the form of Millennials In Action, an organization he created to give impetus to both the disadvantaged and disengaged.

The organization’s mission statement articulates the desire for millennials to play a “substantive role” in regional politics while increasing voter participation within the demographic. 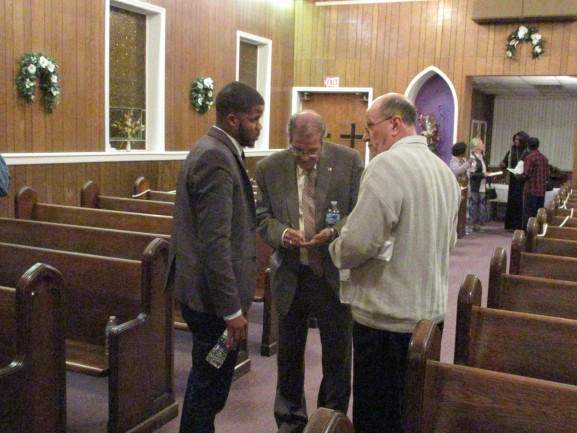 “He’s the kind of guy you want your children to be like: a … positive role model for young men. … He just has that kind of positive influence and energy,” said Travell Porter, another Parkway West High School classmate.

Edwards said he considered becoming a businessman but couldn’t. He describes the warmth derived from helping people as “contagious.”

He plans to continue in his role as an advocate for the residents of Philadelphia.

– Text, video and images by Jake Pilkington and Rovell Vialva

Olney: This Week In The News — Neighborhood History, Grant To Fund African American Art And More

In case you missed it, we found a few places where people were talking about things happening in Olney: A History Minute: Neighborhood Beginnings – Olney: The Free Library published a post with an overview […]

https://vimeo.com/77184738] Since becoming the first African-American and female pastor of Solid Rock United Methodist Church in 2004, Reverend Margaret Powell has been dedicated to promoting nutritious education and combating city-wide hunger. The church, located at 199 […]