It’s a busy Monday morning at Andrew Jackson Elementary School in South Philadelphia when two kindergarteners walk into the front office, one with wet pants.

As the little boy begins to tearfully explain how he nearly had an accident, the office personnel spring into action calling for help. The little boy is startled, worried he’s done something wrong, when the school security officer arrives in lieu of a school nurse.

Teachers and staff rush to assure him that he’s not in trouble. The school simply doesn’t have a nurse to help him or any of his classmates.

The school hasn’t had a nurse all year.

Currently 16 of the district’s 313 public, charter and parochial schools are without a full-time nurse. Three schools don’t have any nurse assigned at all, officials from the School District of Philadelphia report. The district’s 180 full-time nurses, already splitting their time between multiple schools, have been asked to attend to these schools if they “have a spare moment.”

Linda Giangiordano, a district nurse for more than 20 years, currently assigned to five schools, including Francis Scott Key Elementary School in South Philadelphia, manages three times as many students each week than when she started.

“I try not to be stressed out,” Giangiordano said. “I try to remember what I know and just go ahead and do my job.”

The U.S. Department of Health and Human Services recommends a ratio of one full-time, registered school nurse to every 750 students. In Pennsylvania, state law dictates that public school districts cannot assign one nurse more than 1500 students.

Giangiordano was instructed to try to help Lisa Ciaranca Kaplan, principal at Andrew Jackson Elementary School, in her free time, which she’s done the best she can as the school has over 500 students and no nurse. 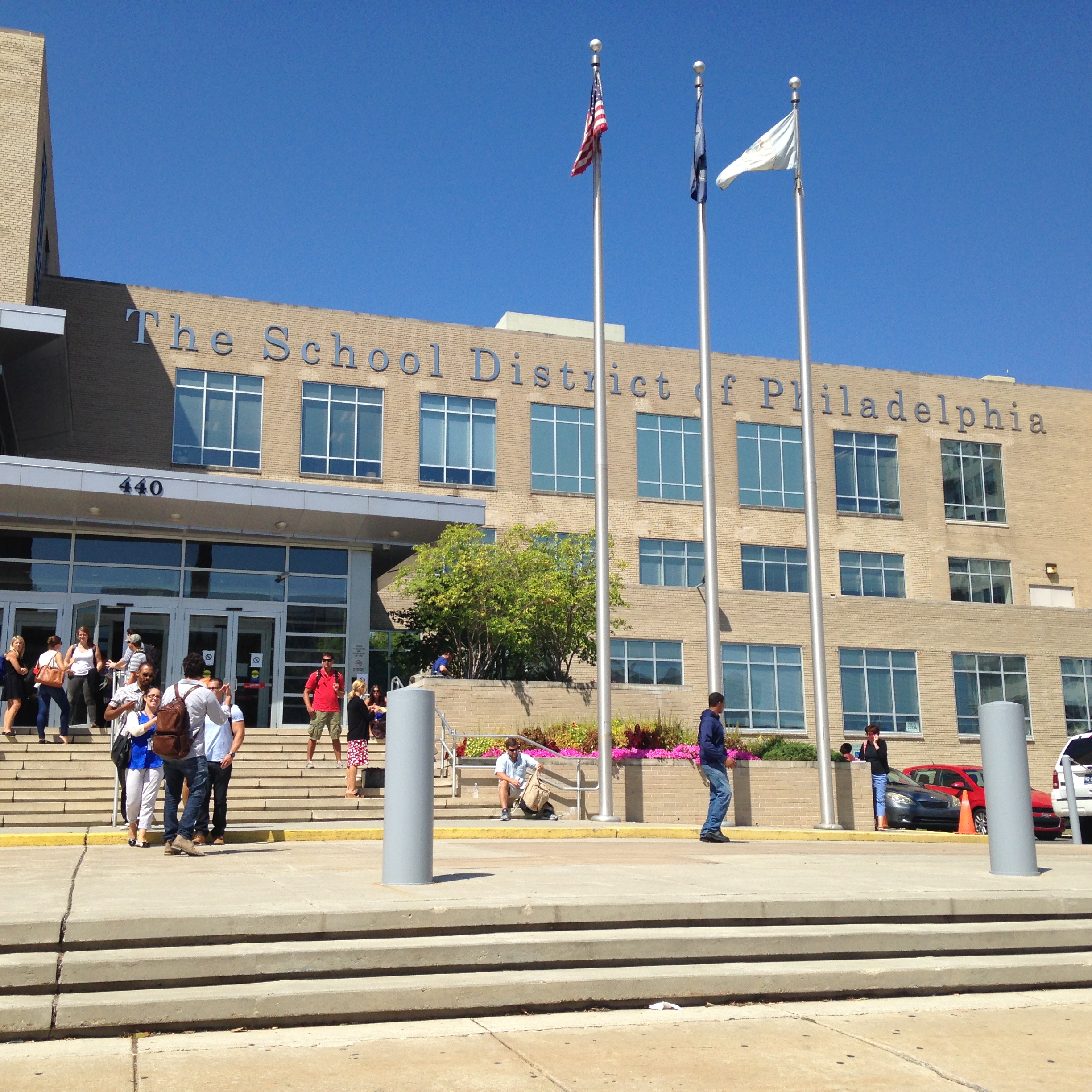 Looking at the School District’s history, the nursing shortage is not a recent crisis.

In 2011, school nurses represented by the Philadelphia Federation of Teachers (PFT) boycotted layoffs outside the School District of Philadelphia’s Broad Street headquarters at 440 N. Broad St. as a part of “Occupy 440.” The 47 protesters were a part of the first wave of layoffs in the district.

Four years later, talks among district officials, including Superintendent William Hite Jr, and the School Reform Commission, were about privatizing school nurses. This idea was criticized by the PFT and politicians who raised concerns over the quality of care students would receive.

All involved have since decided to move away from privatizing nurses and focus on working with the state legislature to find a working budget to support hiring additional nurses.

However, budget stalemates between Gov. Wolf and the Republican-controlled legislature haven’t given the district much hope. As the debate continues and stopgap funding fails, the district—the eighth largest in the nation—has found itself millions of dollars in debt.

In the midst of the budget impasse and the nursing shortage, two students have died in Philadelphia schools.

At Jackson, Kaplan and a school counselor were with 7-year-old Sebastian Gerena when he fell ill in May 2014. He was rushed to the hospital where it was discovered he had a congenital heart defect. Though Kaplan and her staff followed protocol, the incident highlights the strain the nursing shortage has placed on school staff.

“We did lose a child in the school. It did affect the staff,” Kaplan said. “It would probably have been a good idea to make sure this school was assigned a nurse just going through something like that.”

In a West Philadelphia elementary school also without an assigned nurse, 12-year-old Laporshia Massey died after suffering an asthma attack. Her father, Daniel Burch, filed a wrongful death lawsuit against the school district that was later dismissed.

For Giangiordano, nurses working in a “worst case scenario” environment doesn’t only affect students, but nurses as well.

“Why would you take a job that in six months or more you might be laid off? That’s a high risk job,” Giangiordano said. 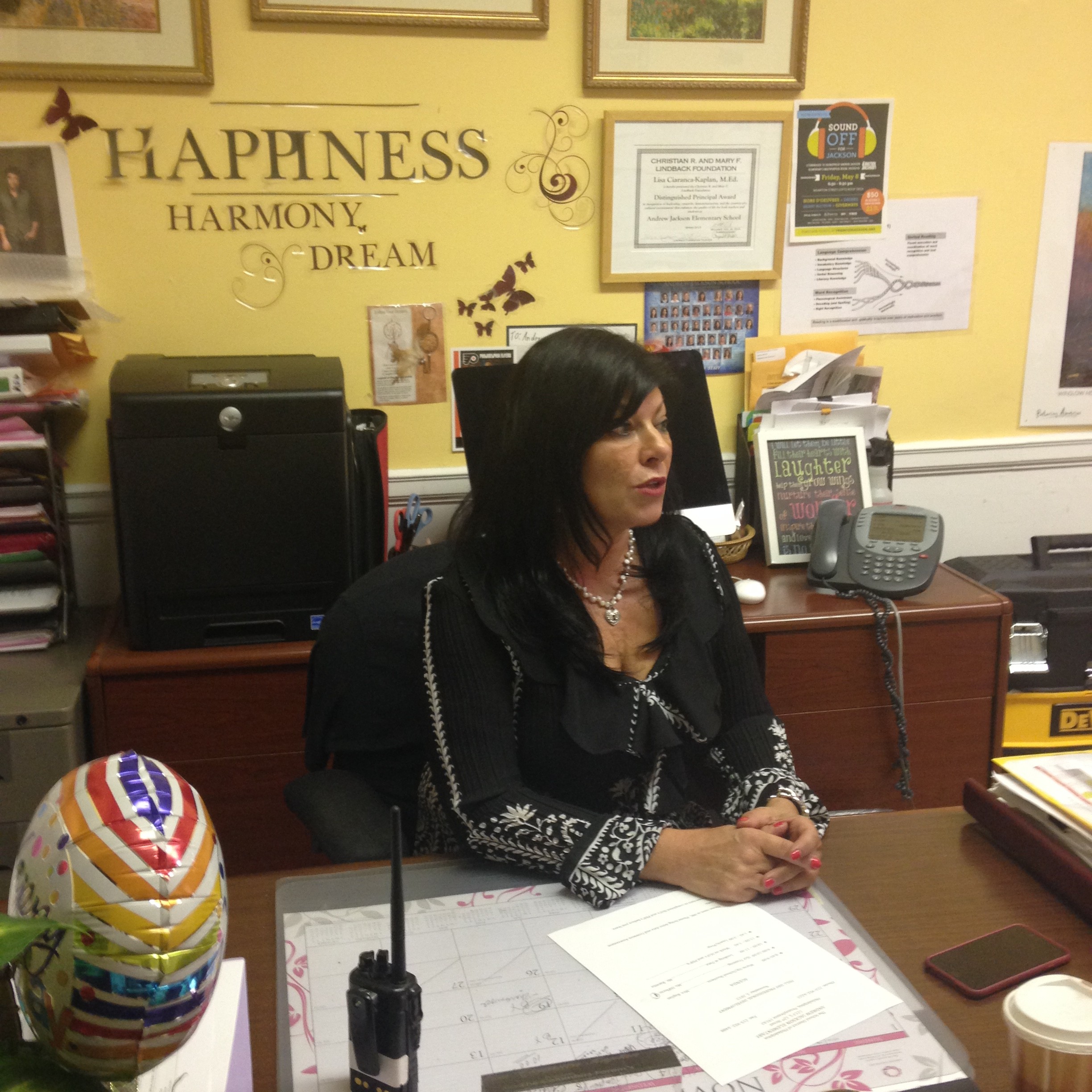 Kaplan had a nurse twice a week last school year, but this year she’s on her own.

“I am the nurse,” Kaplan said. “I have three children of my own, and you gain experience as a parent, but if there’s any type of doubt I call 911.”

She has a toolbox filled with Band-Aids, gauze, Epi-pens, inhalers and insulin beside her desk and she keeps a binder detailing each student’s medical needs on the floor beside it. If a student becomes ill, they find themselves taking a trip to the principal’s office.

For Giangiordano, making the best of the situation lies with parents to ensure all medical information is available to whomever may need it—nurse, teacher or volunteer.

She also held a medical crash course with staff at her school, including sixth-grade teacher Marge Digacomo.

“She did bring in a program to train us in CPR,” Digacomo said. “But let’s face it: we’re not medical people.”

As Kaplan helped the kindergartener find dry clothes, encouraging him to go with the school security officer (who also doubles as a crossing guard during arrival and dismissal) she switched her walkie-talkie back on to tune into the school and looked towards the front door.

Vaux Reopens Kelvin Jeremiah was shocked when he spoke to children from the Sharswood Blumberg towers that many of them didn’t know the “Rocky steps” were in Philadelphia. Many of them had never been to [continue reading…]

[vimeo 87640861] Owning a dog – known as man’s best friend – has been proven to promote a healthier lifestyle. Philadelphia has 15 dog parks for owners and their pups to go for a stroll and [continue reading…]

https://vimeo.com/64028156 w=600 h=375]   Lakida Kennedy, a member of the motorcycle club, Ghostface Ryderz, and new owner of Iyisha’s T.L.C. Child Care Center, demonstrated to a group of wide-eyed children about the importance of washing [continue reading…]