Every Tuesday morning elderly Southeast Asian immigrants and refugees come together to socialize, strengthen community ties and improve their mental and physical health. Roots of Happiness: Elders Health & Wellness Services takes place from 9 a.m. to 10:30 a.m. at coworking space Bok on Ninth Street near Mifflin Street. The program, run by SEAMAAC, serves as a social hub primarily for the sizable population of elderly Bhutanese, Vietnamese and Laotian immigrants living in the neighborhood. The community members are invited to make friends, participate in group activities and enjoy complimentary coffee and breakfast. SEAMAAC staff are present to provide language translation and connect program participants with other health services in the city.

Amy Jones (pictured below), the health and social services director at SEAMAAC, said the Roots of Happiness program was created to help improve participants’ mental health.

Talk about the Roots of Happiness Program.

It’s always fun on Tuesday mornings when you see the elders coming to the center. It started with mostly Vietnamese elders or Laotians. They’ve been coming since 2007 and recently the Bhutanese started coming in about the last three years because there’s such a large population of Bhutanese elderly. We are trying to bring them all together. There are such different cultures and life experiences. 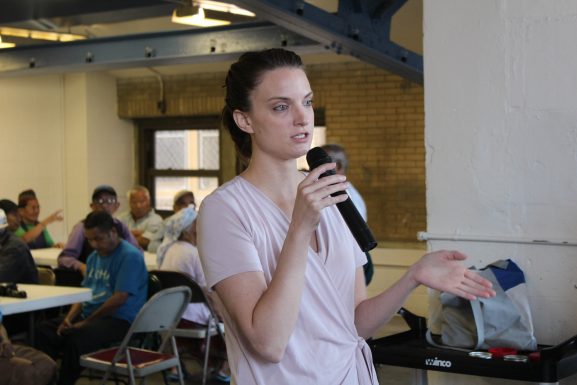 What sorts of activities do the program participants do?

This is mostly a social time. At one point we had thought of making more activities, but it’s only an hour and a half or two hours. The elders were pretty much like, “No we just want to get together, socialize, meet our friends.” We make announcements, but just brief announcements and then we give out a light breakfast. Sometimes one of our staff teaches yoga, so she’ll come out and do chair yoga. We try to add in some exercise and have different workshops on health topics sometimes after the gathering. Next week we’re going to do free screenings for diabetes, so Jefferson [Hospital] is coming out to do that. We’re going to do some ongoing diabetes prevention workshops, so seniors can support each other around better diet and exercise. Hypertension and diabetes impact a lot of the seniors in this community. We’ve done walking groups, we’ve done arts and crafts. They really like music. We have holiday celebrations. Those are pretty fun, there’s karaoke and the seniors will sing.

Why did SEAMAAC start this program?

I would love it for it to not need to exist one day. The reason why a lot of our health and service programs exist is because there’s not a lot of cultural and linguistic access to a lot of the mainstream social services. With the senior centers in the area, we’ve met with a few of them and there’s a lot of interest in making sure more diverse seniors are able to access their services. But the challenge is hiring bilingual, bicultural staff and providing those services.

If we take the seniors to a senior center they’re going to love it that day. They’re going to be like, “Everyday there are activities and bingo and there’s a gym here,” and they’re going to love it. But without having [the bilingual SEAMAAC staff] who they know and trust there every day with them, they’re not going to go back because everything will be in English.  It takes that liaison to keep people at the various services. That’s why they come here. There’s an outreach worker who speaks their language that they can bring their mail to, they can meet with peers that speak their language and they can also meet people from other cultures and communities. They feel there’s that cultural linguistic support. 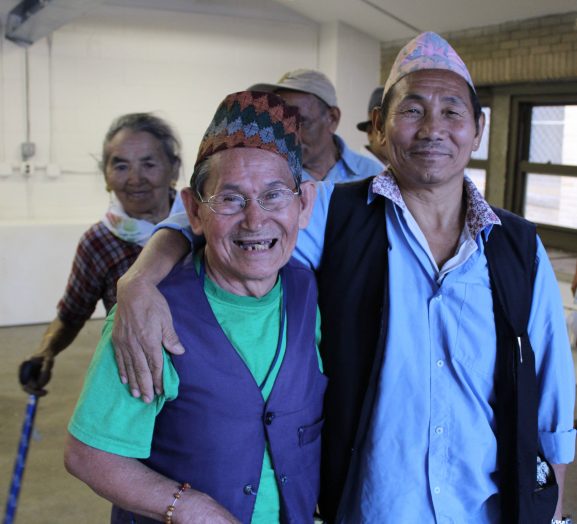 How does mental health care play a role in starting this program?

There were really high rates of depression. A lot of the seniors were very isolated in their homes. I think in the home country and culture seniors have a position of wisdom. There’s a hierarchical position where they’re the folks who are in charge of the family. But coming to the United States, a lot of that was lost because of language barriers and cultural barriers. They came here as adults and they were working and may not have learned the language fluently. Their children were brought up more in this culture, so children start to get this elevated power and the seniors sort of lost this position in the household. The younger generations are out working and taking care of the kids – which they need to do – but then [seniors] are sort of stuck alone at home feeling like, “Am I a burden?” versus, “Am I able to give back to the neighborhood, give back to my community, connect with my friends?”

There still is a lot of depression, but I think programs like this help to get people out and active, doing civic engagement and advising us on what programs need to be for the younger generation. It gives back that role of advisor. We have an elder’s council that meets once a month that advises staff on the program itself and what they want to be doing. It’ll be things like what field trips we are going on.

There’s the Bhutanese American Association that’s doing a lot with the seniors. I think there’s enough of a social community and a supportive community that suicide rates are a lot lower. But in other parts of the country, the Bhutanese community in particular has a higher suicide rate, especially amongst seniors. I think trauma enters into the picture coming from war, refugee camps and then re-starting your life. There’s a myriad of reasons that having a supportive community matters so much. That’s why we call it “the gathering.” It seems really light and easy going but it’s pretty meaningful.

I’d love to see it as more of a vibrant [thing where] every day we have something going on. There are a couple of potential partnerships with some of the senior centers we’re working on. I think the more we can help senior centers to be linguistically and socially acceptable to seniors and come to our program, the better benefits for everybody. 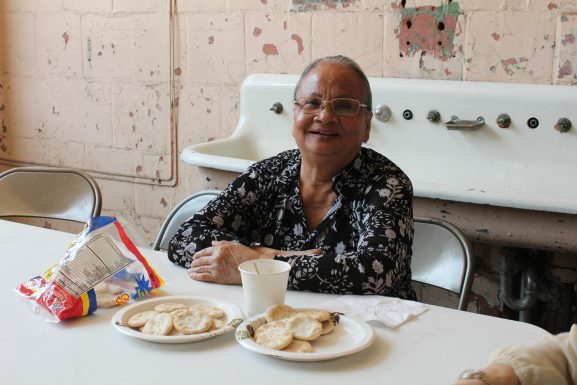 What aspects of the immigration process might take a toll on mental health overall?

I think the process itself is different for everybody. Everyone’s individual experience is different. For some, it was a hopeful experience, but it’s still uprooting your whole life to an unknown. For some people it’s exciting, but for a lot of people there’s a loss, especially seniors and people coming as older adults. There’s not as much energy around a big change. They’re more settled in their lives so it’s usually a pretty traumatic push factor that is motivating that shift.

There’s such a big system to go through living in a camp. Applying for refugee status, requesting what their country resettlement will look like and then to arrive here and have to adapt to a whole new culture, to figure out the finances. I think that whole process can be very stressful. Often it can be a very traumatic journey.

There’s sort of the everyday adaptations one has to make in a new country. We call them the microaggressions. “How do I get out of my house? How do I interact with my neighbors?” A lot of the seniors were afraid to use SEPTA for a really long time. Now you’ll see them all with their SEPTA cards and really confidently using the buses. Some of them use the subway. I think having outreach workers played a really big role in making sure people had some hand-holding initially and then more confidence in utilizing the systems that are here.

Do you see the program growing their confidence?

I think so. I think the fact they’re willing to complain to us shows a power and confidence where they’re not just trying to please whatever system. They’re like, “No, this is what’s wrong with things, this is what we want to see different.” It definitely shows an increase in confidence. 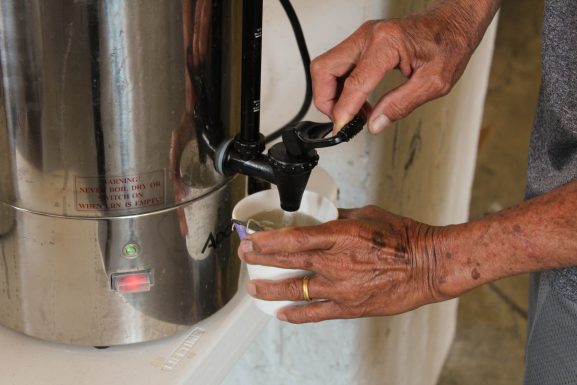 – Text and photos by Laura Smythe.

Jeanne Chang always envisioned having her own business. When she moved to West Philadelphia last September  she was certain she found the right neighborhood for the business she dreamed about owning. Chang transformed her vision [continue reading…]

ABOVE: Gretchen Shanfeld (left), director of Health and Wellness at the Nationalities Service Center, and Cathy Jeong stand in front of a tapestry created by 30 immigrants from Bhutan, a country in the Himalayan Mountains. The [continue reading…]

While the walls of books are characteristic of a typical institution of learning, the Falls of Schuylkill Library is far from commonplace. Laughter and conversations frequently reverberate off the walls of the nearly 100-year-old building. [continue reading…]