Philadelphia is frequently in the shadow of New York, Los Angeles, Las Vegas and Miami when it comes to electronic dance music but some top DJs’ roots are in the City of Brotherly Love. After all, DJ/producer Diplo threw the first Mad Decent Block party in Philadelphia.

Among those creating a name for themselves is Noah Breakfast, a West Philadelphia native with an extensive list of production credits for huge names in the industry including Big Sean and Ellie Golding.

“I got my start around 14 or 15, working with my friends bands, trying to make their recordings sound better,” said Breakfast.

In high school, he sold beats to local rappers in addition to work as an audio engineer.

Breakfast collaborated with Philadelphia rapper Tunji Ige to produce “On My Grind.”

“When he brings a song to me, it’s usually fully-formed,” said Breakfast. “I just help him with the mix and arrangement.”

Producing for other artists is just part of what he does. Breakfast also creates original tracks and remixes songs like Nadus’ “Marriage Proposal,” featuring Philadelphia talents Tunji Ige and GrandeMarshall. Breakfast calls it one of his favorite electronic releases of last year.

The electronic dance music industry is currently valued at $6.9 billion globally, according to the IMS Business Report 2015. The majority of EDM fans, frequently referred to as “ravers,” are Millennials under 25 years old, the report said.

According to Forbes’ Electronic Cash Kings list, the highest paid DJ/producer last year was Calvin Harris, who earned $66 million. With the potential to earn large amounts of money, it is no surprise that many young hopefuls are attempting to make it in the business.

“Its almost intimidating comparing your creations to the industry’s best artists,” said 22-year-old Keenan O’Connell, a Philadelphia DJ who goes by the stage name Keen. “But in the end, you just have to work at it, be creative and make something different.”

For O’Connell, living in Philadelphia has proved to be very advantageous in the music business.

“With a variety of legendary shows to attend almost every weekend,” he said, “you can easily establish a great network in the city as well as a sense of what people want to hear in the night life.”

O’Connell gives credit to the size of the Philadelphia.

“It’s a medium city,” he said. “It’s really easy to get personal with the audience as well as the promoters and companies behind the events.”

O’Connell is not referring to the city’s population, rather it’s size in music market. According to a study by Nielson, Ashville, North Carolina, Boston, Massachusetts, and Denver Colorado are among the largest markets for EDM, all of which are smaller than Philadelphia in terms of population.

The connections O’Connell has made allowed him to obtain gigs around the city including securing the opening act for GTA at The Fillmore,

“Right now, my main focus is to keep producing original music and gain as many gigs on the east coast as possible,” he said.

The young DJ launched his own production company, called Tier 33 Productions, the company provides audio/visuals to concerts, events and weddings throughout the city.

Although he began producing music in the 8th grade, O’Connell did not enter the electronic music scene until college. Before that, he mainly produced hip-hop beats with friends.

“I was bullied a lot in middle school,” explained Evan Riley, a 20-year-old DJ and producer.

His escape was music, which eventually evolved into a career in the dance music industry. Riley began with writing lyrics and creating hip-hop beats but he now produces trap, a sub-genre of EDM that is strongly influenced by rap music.

About a year ago, after he submitted a mix that he created and won a contest, Riley got his first gig as the opening act for Yellow Claw at SoundGarden Hall.

Since then, the University of the Arts sophomore has opened for some of the industry’s leading artists. In October, Riley opened for the Grammy Award-winning trio Nero at the Electric Factory.

“It was a really big honor,” said Riley. 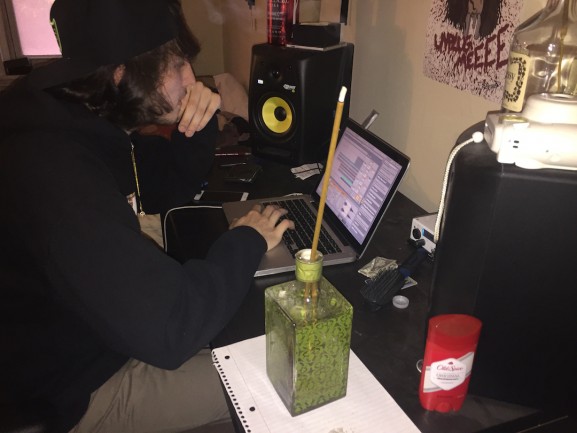 While he has only released remixes of previously produced songs, Riley is currently working on producing original material.

“I want people to hear my stuff and go, ‘this songs Evan’s,’” he said.

Riley said that he is still in the process of figuring out what his sound will be but in the meantime, he is focused on landing gigs and growing as an artist.

https://vimeo.com/33327147] When I first agreed to go on a field trip to Merrymead Farm in Lansdale with L.P. Hill Elementary School, I was concerned. The thought of helping chaperone 80 first- through third-graders was a [Read More]

Olde Kensington is a close-knit community with a thriving arts and culture scene (watch out, Fishtown). On every street you will encounter anything from an art recycling center to a monstrous exhibition hub. Want to [Read More]