In recent years, the Philadelphia city government has undertaken many infrastructure changes to make the city more amenable to bicycle traffic and commuters. Policy makers have implemented bicycle only traveling lanes on major thoroughfares, constructed an award winning urban multi-use trail along the Schuylkill River, and most recently created the Indego bicycle-share program.

With each project, city planners have been guided and assisted by the Bicycle Coalition of Greater Philadelphia; and while cycling infrastructure has made leaps and bounds in the last few years, the advocacy group has no plans of slowing down the transformation of the city streets.

“We want to ramp up where bicycles feel comfortable riding in the city of Philadelphia.” Says Bob Previdi, policy coordinator at the Bicycle Coalition. “and to accomplish that goal of having a broader reach for cyclists, we took a look at this Vision Zero program which has been successfully implemented around the globe. It’s a program that came out of Sweden, they had a problem with too many crashes, so they brought together all the stakeholders and set a goal of cutting crashes by 25% and then 50%, and they were a little bit shocked that they reached it. The example I like to focus on is Paris, which cut its crash rate in half, in six years. We have 11,000 crashes in Philadelphia in an average year, with 90 to 100 deaths each year. We want to make the streets safer for all users.”

Public safety won’t be the only benefit of implementing Vision Zero initiatives. Previdi went on to describe how investing in better physical infrastructure now will eventually save the city and state money they won’t have to pay out to clean up as many crashes and accidents.

“We’re spending a billion dollars a year according to PennDOT in damage to infrastructure, health costs, and automobile insurance costs with all these crashes we have annually. If we can implement the paving budget thinking about where drivers, cyclists, and pedestrians are in mind, and we cut our crash rates in four to six years in half, we might double the investment, but we’ll reduce costs from accidents from a billion to a half a billion dollars.”

Another facet to Vision Zero policy is a focus on education for users. This has already begun with SEPTA’s transit safety campaign, which posted colorful advertisements displaying bad driving and traveling behavior, mostly centered on distraction from technology.

“I think you’ll see more advertising encouraging all users to be safer, we’ve all gotten a little too tied to our personal devices, and we all need to pick our heads up and realize it’s common courtesy beyond safety.

These efforts will not be limited to Center City corridors. As we learned when Azavea released a comprehensive report on traffic crashes from 2008 to 2013, there are more dangerous intersections outside Center City than inside. It doesn’t necessarily mean there will be police on every corner, but there will be better enforcement in problem regions and intersections where crash rates are high. Broad and Olney, Cottman and Bustleton, and 40th and Market were all among the most dangerous crossings, each having had 15 or more crashes in the span between 2008 and 2013.

“Because we know where the crashes are happening because we know where pedestrians are getting hit, we can step up enforcement in targeted ways, in areas we know that crash rates are high. You’ll see that trifecta of education, enforcement and engineering. We know that cycling has gotten safer here in Center City, well as soon as you leave Center City, cyclists feel in danger. It should be that kids can ride their bikes safely to and from school, the playground, the library…” 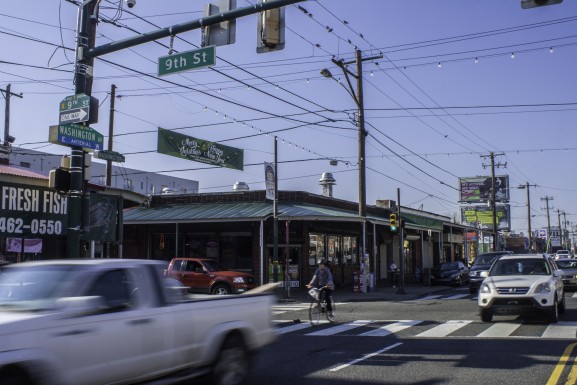 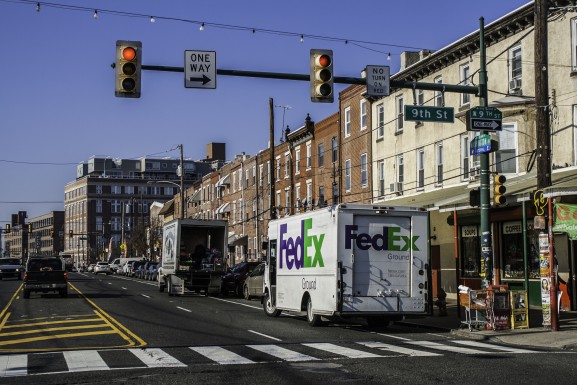 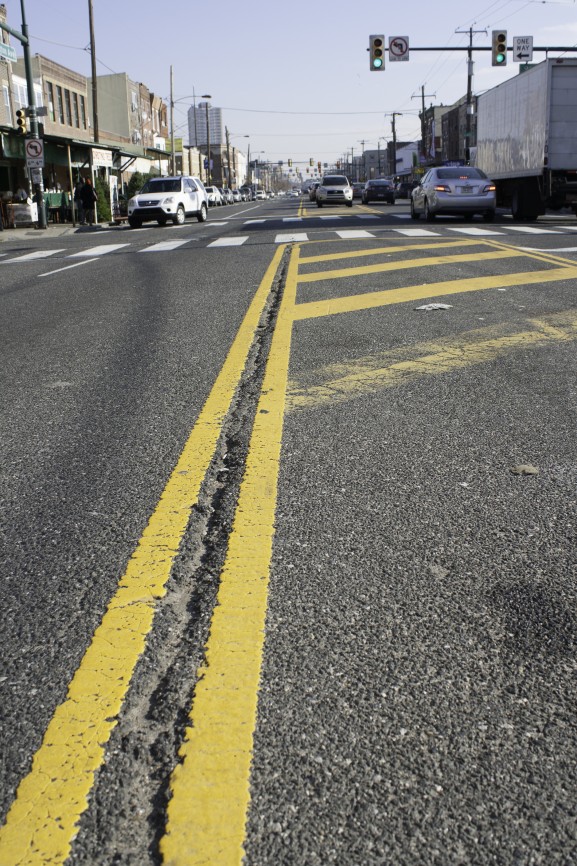 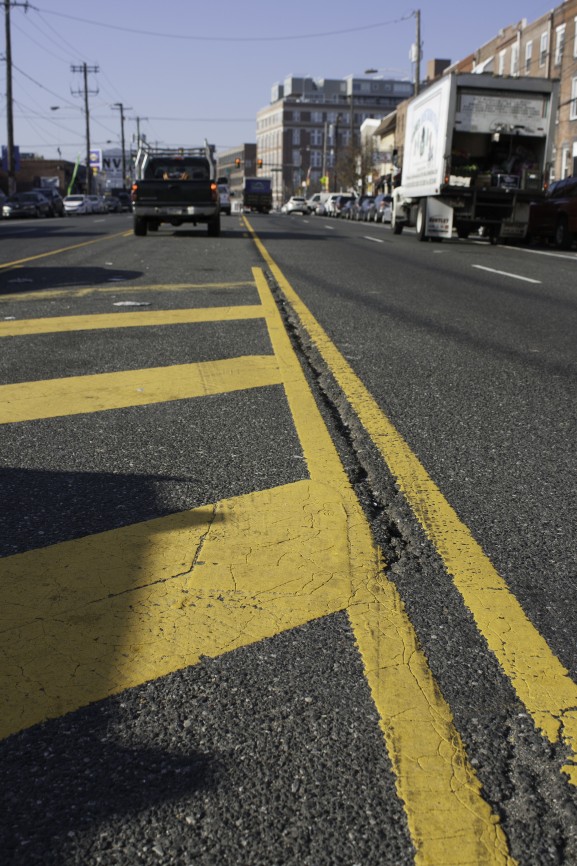 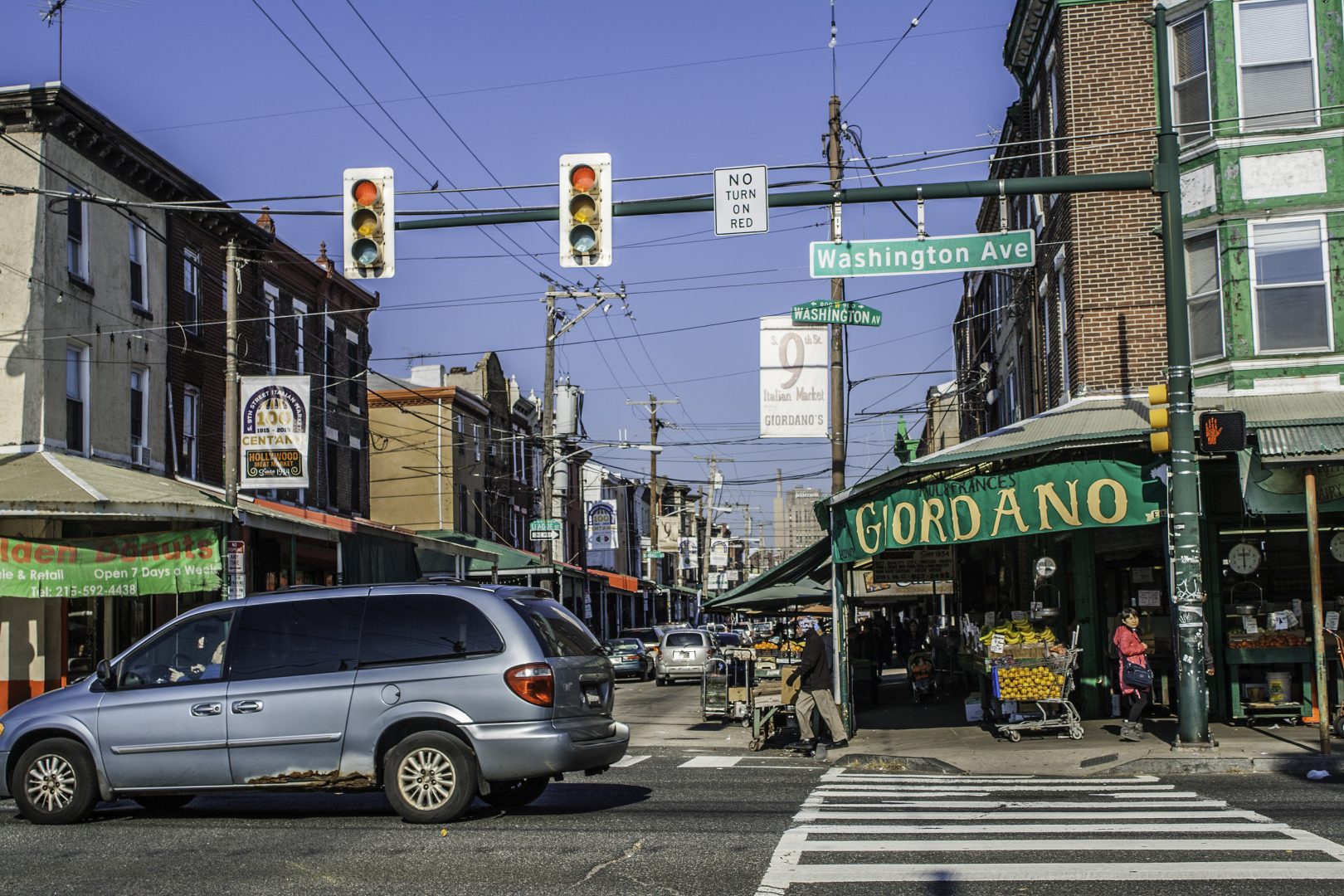 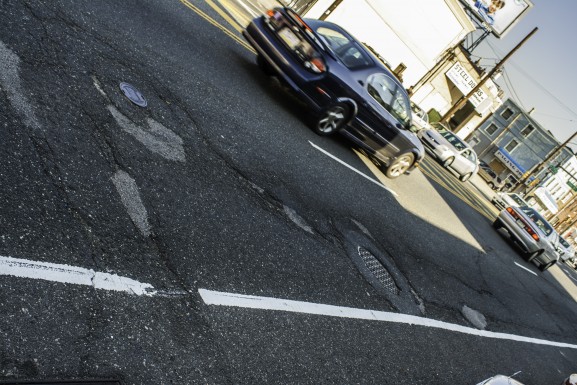 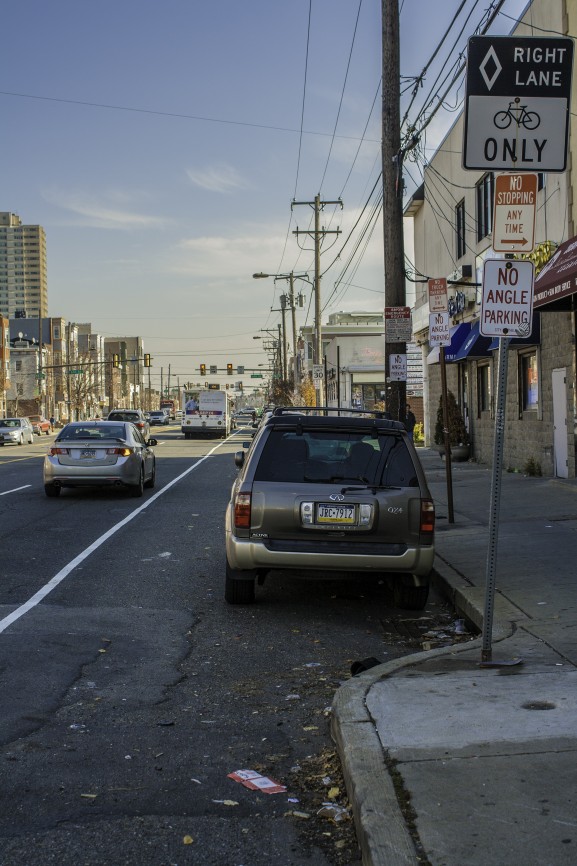 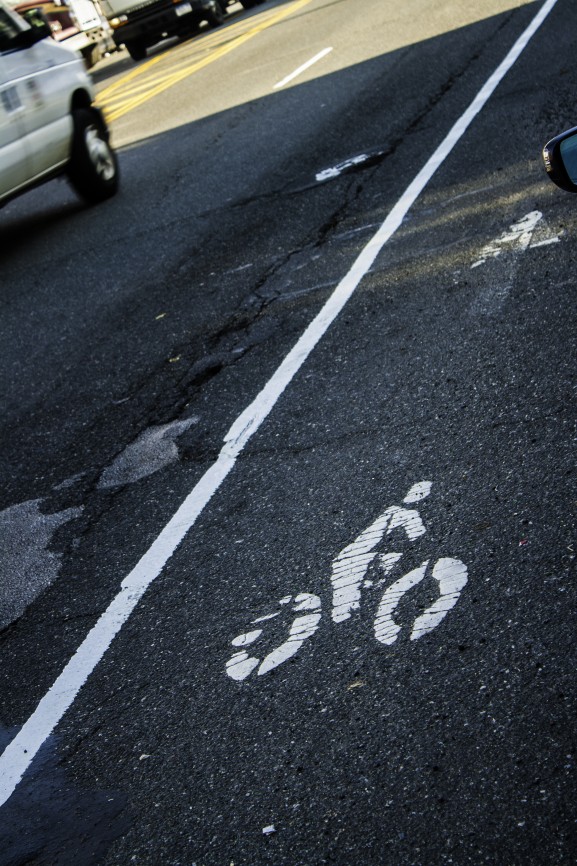 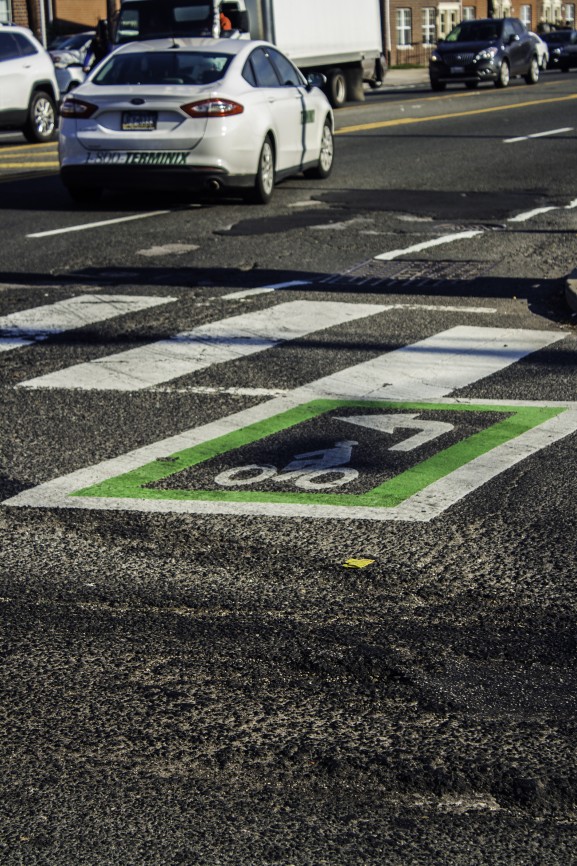 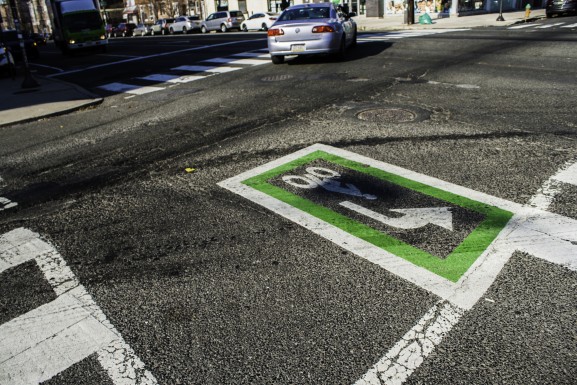 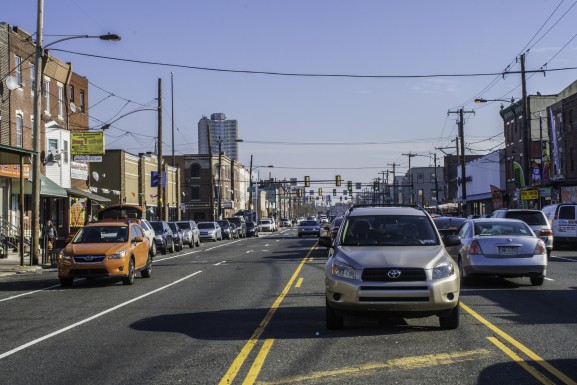 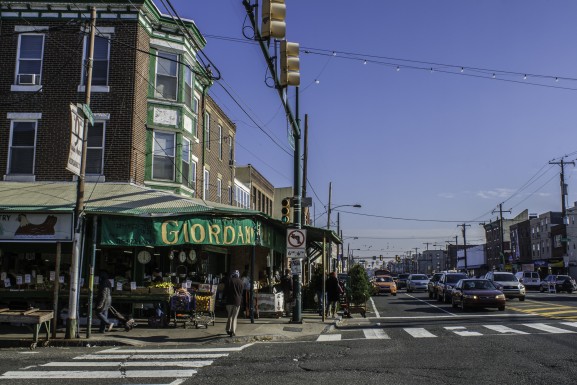 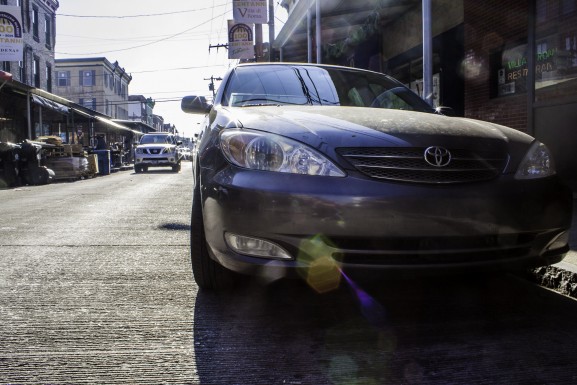 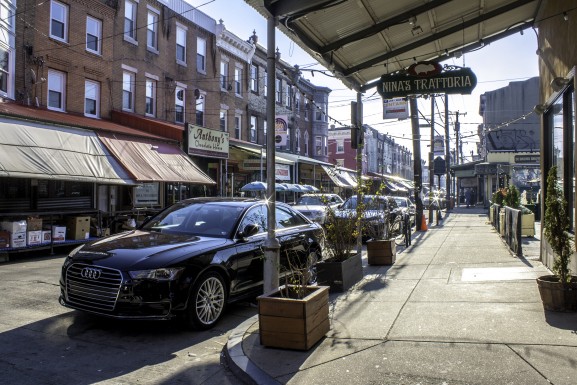 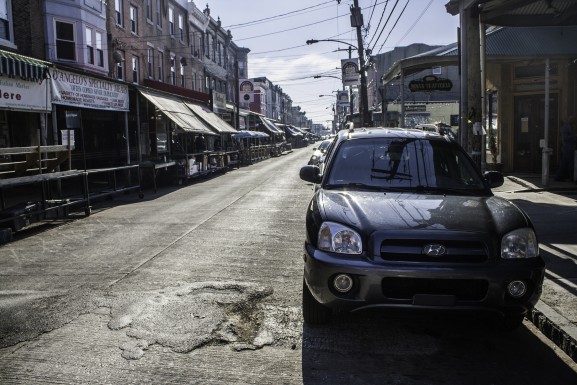 Text, images, and video by Luke Harrington and Jasmine Smith

In Philadelphia, like most major cities, traffic accidents are a regular occurrence. Whether as pedestrians or those using bikes or cars, one is almost always at some risk when moving through the city. “About 100 [continue reading…]

South Philadelphia: On the Road to Safer Streets for Cyclists

An estimated 4 percent of commuters who live in South Philadelphia ride their bike to work, making it the most popular biking community in the city, said Sarah Clark Stuart, campaign director for the Bicycle [continue reading…]