In October, City Paper, one of Philadelphia’s alternative weekly newspapers, ceased operations. A month later, a hefty round of layoffs were announced at the Philadelphia Inquirer, Daily News and philly.com.

In the face of shut downs and layoffs, a new wave of media continues to thrive despite the constant changes seen in traditional media. Some of those routes include online publications like Billy Penn, PhillyVoice, The Philadelphia Citizen, Newsworks and Technical.ly Philly.

Jim Brady, the founder of Billy Penn, a mobile platform for Philadelphia news, believes that the current landscape of traditional news is brutal but not unpredictable. 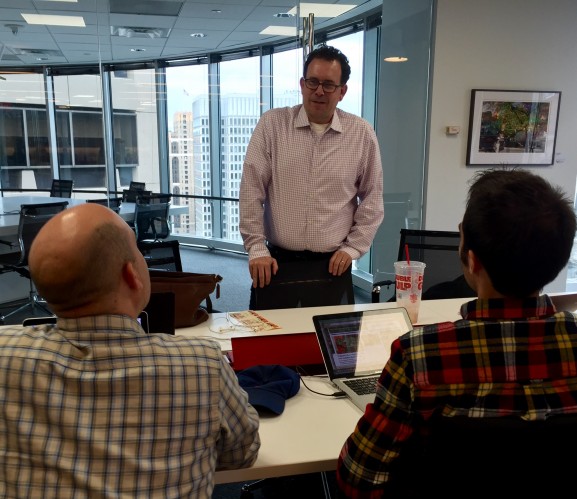 “Unfortunately, this is going to keep happening for the next three to five years, probably around the country,” Brady said. “Papers got too big. They had local monopolies. And by having those monopolies, they were able to hire like crazy. Now, papers are at a stage where they are resizing to what they can afford with their revenue, which in many cases is hundreds fewer (staffers) than they could afford before.”

Brady said local papers historically had the power to raise the prices of ads. But consumers now have so many places to get their information. When the audience disperses, advertising isn’t always the most effective way to reach .

“Subscriptions began to drop and all of a sudden, all of that revenue starts to plummet, kind of 10 to 12 percent per year,” Brady said. “Newspapers have been experiencing a continuing drop in their print revenue, which forces them to layoff more journalists, get smaller and resize.”

For Brady, creating a good user experience with a clean design and a fast load time is the priority. While many publications focus on time spent on site, often times, luring viewers to their site only to make them wait through popup ads and a cluttered design, Billy Penn’s focus is to have their content load at high speeds.

“As a new, growing digital publication, our full attention and focus is on providing our audience with interesting and compelling content that cannot be found elsewheree,” said Ramanoski, “and continually improving the user experience of the site.”

Chris Krewson, the editor at Billy Penn,  said that the way their team thinks is a lot different than many other newsrooms.

“We put a lot of effort into the packaging of the material,” he said. “If I come across a Billy Penn story a week later, it will still just be as relevant because it goes beyond the actual news event happening.”

Philadelphia fought to get its public access television for 27 years and, on October 23, 2009, that fight came to an end. Philadelphia Community Access Media (PhillyCAM) started its cable broadcasting on Comcast and Verizon. […]

North Central: Local Newspaper Guy is the Friend on the Corner

Like he does almost every day, Jimmie Thomas sat at his corner spot around 5 a.m. He sells local newspapers, which he gets delivered to him in the morning, to the residents. The Philadelphia Inquirer […]

Port Richmond: This Week In The News – The Story Of A Mural, Looking Back At The Time A Tornado Hit The Neighborhood And New Rental Development

In case you missed it, we found a few places where people are talking about things happening in Port Richmond: The POWer of a Mural – Port Richmond native David Seale has an interesting story […]