The Lancaster Avenue corridor in West Philadelphia is  home to many small businesses, including ethnic restaurants, specifically Korean and Jamaican. While these restaurants may not look like the jazziest places to dine from the outside, local customers value the restaurants for filling their bellies on a daily basis.

One of the most popular eateries in the area is Let’s Grub, a classic breakfast spot featuring a handful of longtime employees. Nate Hamilton (above), 68, has been a chef in the sit-down restaurant’s fast-paced kitchen for 20 years. 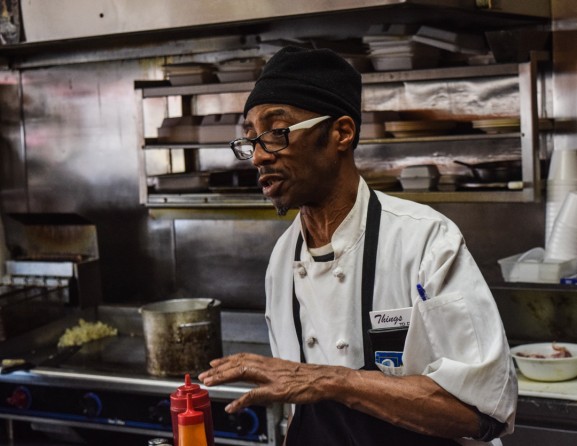 The local residents take pride in their seafood, even during breakfast, and Let’s Grub is a perfect example. The restaurant has combined breakfast food, seafood and a sense of community since opening in 1995.

“Most people want to come in here and relax,” said 56-year-old chef Cheyenne Young (above). “Most customers are average people. We get some new ones, but most are regulars.”

When asked what the most popular dish is, Young replied, “Salmon cakes.” 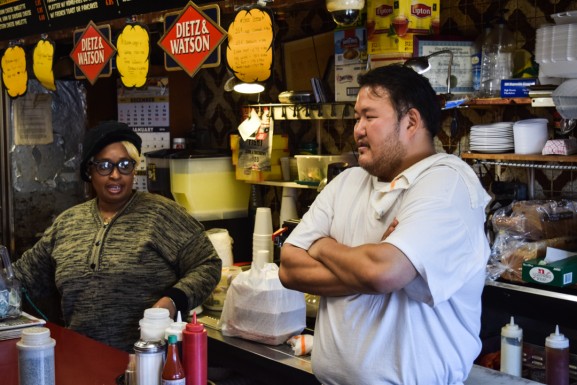 Located on the corner of 40th Street and Lancaster Avenue, Texas Wiener has provided service to local customers for nearly 50 years. This breakfast spot is frequently visited by students from Drexel University and the University of Pennsylvania. According to employees Tanya Bey (above, left), 45, and Dae Park (above, right), 28, French toast and home fries are what keeps customers coming back. 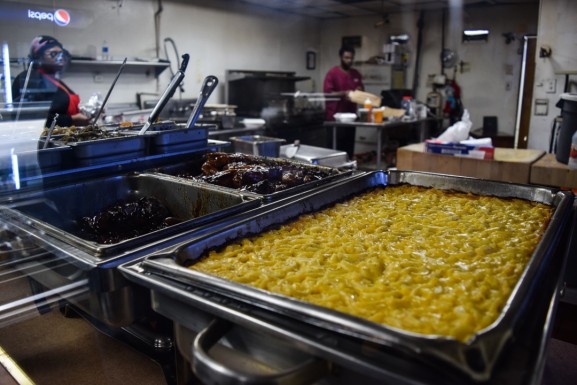 Located on the corner of Lancaster Avenue and Ogden Street, Dwight’s operates as a family-run business and has provided customers with soul food for more than 50 years. Cher Locust (above, left), 27, and her brother Justin Locust (above, right), 20, man the counters on most weekdays, with other family members cycling through on occasion.

Residents from all over West Philadelphia go to Dwight’s when they need some Southern flavor. Aside from the macaroni and cheese (above), which can be ordered by the quart, the ribs are also a popular item on Dwight’s menu. 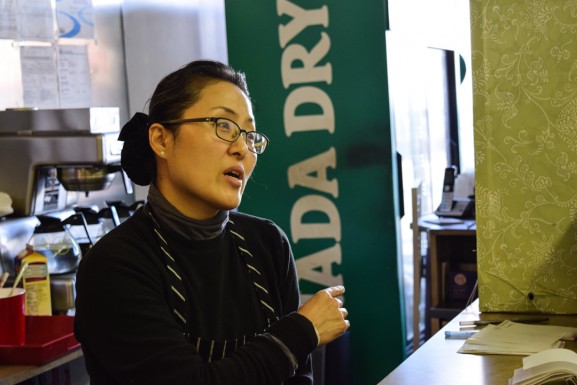 Mi Kim (above), 46, and her husband, Song, 56, bought Nikki’s Snack Corner two years ago. Since coming to Philadelphia from Korea, the Kims have been feeding area residents while also building relationships with them.

“This area is kind of tough but our store is nice,” Kim said. “We have good customers.”

Need a double shot of espresso and some good conversation to jumpstart the day? Nikki’s, located on 4oth and Lancaster Avenue, is the place to go. 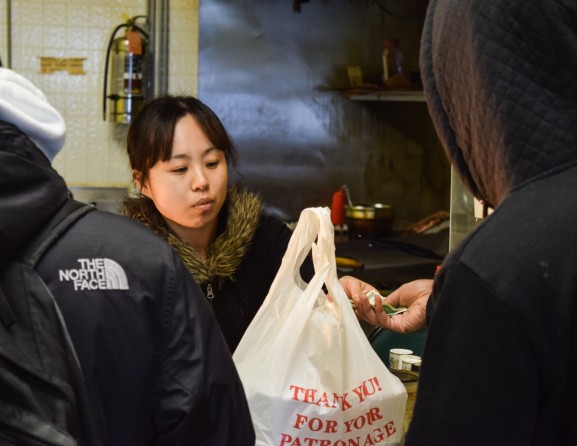 Bravo is a traditional breakfast spot located on 41st Street and Lancaster Avenue. Owner Sonia Lee (above), 39, said the restaurant gets most busy around lunch time, but the breakfast items, she added, are some of the most popular choices on the menu.

The place itself is not large in stature, but the folks at Bravo make up for the lack of size by delivering quality breakfast and lunch via the skillet.

-Text and images by Joaquin Jones and Tom Reifsnyder.

When enriching a community, one co-op of urban farmers follows the mantra, “You are what you eat.” The Walnut Hill Farm Stand makes healthy eating accessible to all incomes thanks to its location on a [Read More]

While some people spent Memorial Day weekend at the shore or doing household chores others came out to help raise money for medical research on ovarian cancer through a 5K walk. It was the [Read More]