If last year is anything to go by, then 2016 is set to be a year full of disruption for commuters in Philadelphia, even without a visit from the Pope.

And with 30 projects underway and 15 more set to begin this year, the upcoming Democratic National Convention will be the least of commuter’s concern. More than $1 billion will be spent on infrastructure improvements, transportation projects and road and bridge maintenance in the city this year, with a number of longterm projects being completed, and others just beginning.

Here are five projects that commuters need to know about this year. 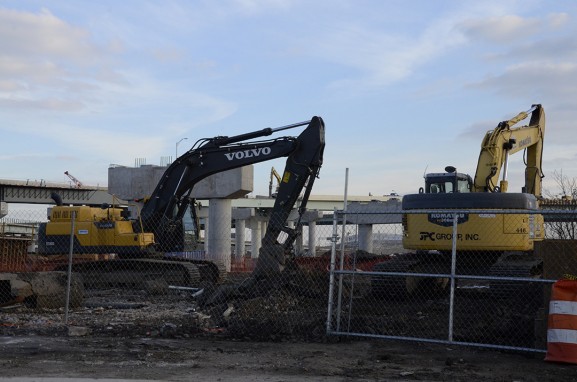 Rising above Bridesburg, the Betsy Ross Bridge Interchange sits like a spider over the mouth of the Tacony Creek.

Coming in at a staggering $160 million price tag, the renovation of the Interchange is but one of several projects connected to Penndot’s Revive 95 Project, an overarching plan to radically change and, hopefully, revitalize the areas that surround the Interstate 95 corridor.

Construction began in 2015, and isn’t set for completion until 2018. But when done, the Interchange is promised not only to be safer and easier to navigate, but allow access to I-95 and the bridge directly from Hunting Park, Torresdale, and Frankford avenues via the newly constructed Adams Avenue Connector.

Until then, lane closures will be typical as bridge rehabilitation and lane widening continues. It might be best to use the Tacony-Palmyra Bridge to cross into New Jersey and avoid those long, winding one-lane ramps during rush hour. 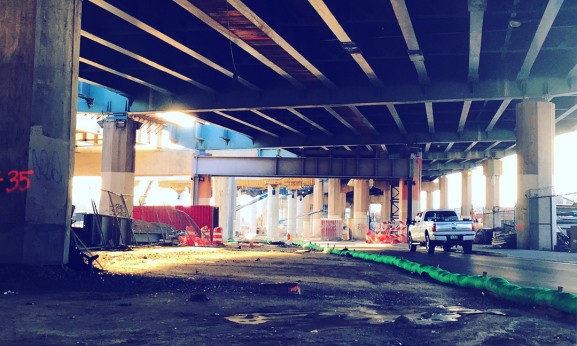 Another of the Revive 95 Projects is the Girard Avenue Interchange Project, located at the convergence of Girard, Aramingo, and Delaware avenues, Richmond Street and I95.

The $98 million project is aimed at widening three miles of I-95 in order to accommodate the associated traffic of a future enhanced waterfront entertainment district.

Among the many improvements residents can expect to see is an entirely new Richmond Street from Delaware Avenue to Ann Street, the use of space beneath I-95 for art installations, a skate park or public green space, and I-95 widened to four lanes in each direction.

Some of the most disruptive construction will occur in the near future with the widening of I-95 sure to cause headaches amongst commuters. Its advisable for anyone hoping to avoid the construction once it starts to seek an alternate entrance onto I-95 past the Girard Interchange.

Also, Richmond Street will continue to be closed until the completion of a replacement rail bridge just past Ann Street. 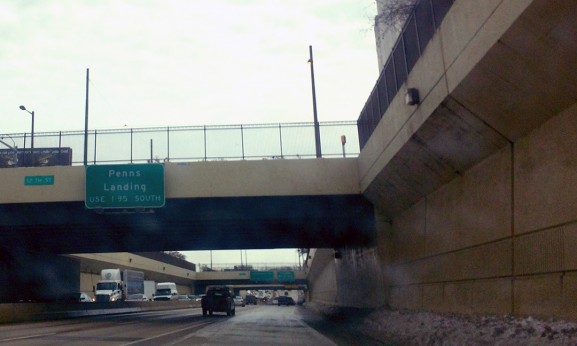 Begun just before the Pope’s visit in September, the replacement of seven bridges over the Vine Street Expressway will cost $64.8 million and take more than four years to complete.

For anyone accustomed to using Interstate 676, this has understandably caused dread. Most construction will take place overnight, with as much consideration given to the flow of traffic as possible. But the removal and replacement of bridges is not the sort of undertaking that can always be done in timeframes convenient for commuters.

Those taking I-676 should look over the detours, which Penndot should continue to update as construction progresses.

Once done, however, the ambitious project is expected to increase the safety of the Expressway and bridges significantly, as well as drastically improve green spaces and community beautification. 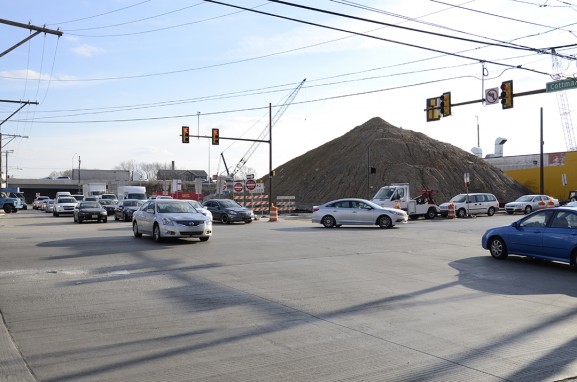 For the past several years, the intersection of Cottman Avenue and I-95 has been the scene of the northern-most initiative of the expansive Revive 95 Project. Scheduled to be completed sometime in 2017, the project has already become the most expensive in Penndot history, costing more than $212.3 million.

Along with the widening of I-95, the most important aspect of the project is the creation of a more dynamic interchange between the onramp of I-95 at Princeton Street and the offramp at Cottman Avenue.

Included in this will be a number of community beautification additions, such as trees along Princeton Street, improved LED lighting beneath underpasses, and the creation of several small public green spaces.

While construction is set to continue into 2017, the most disruptive aspects of the construction are over, with the largest remaining commuter delays associated with the continued widening of I-95 below Rhawn Avenue through Bleigh Street. 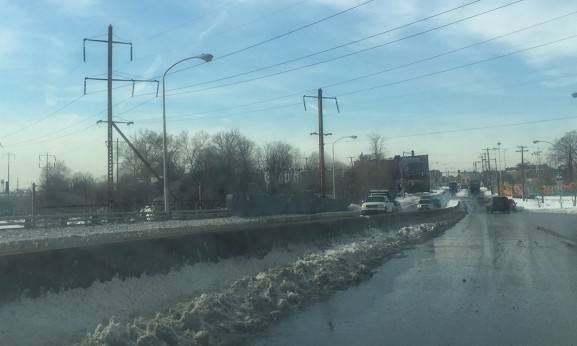 Anticipated to cost $16 million and take two years, the rehabilitation of the three decade old Gray’s Ferry Bridge isn’t expected to effect as many commuters as the I-95 or I-676 construction.

But for locals who rely on it to travel from Southwest Philadelphia across the Schyulkill daily, it will surely cause consternation.

Whether the bridge will remain open during construction is yet to be determined, as the project isn’t scheduled to begin until late in the year, but most drivers will find the 34th Street bridge a likely alternative. Once done though, the newly renovated Gray’s Ferry Bridge should be a much safer than it is now.

-Text and images by Daniel Pelligrine and Mario Corsaro.

As litter from the sea washed upon the white sand beaches of Puerto Rico, Doryán De Angel discovered her zeal. Fueling her fervor for the recovery of Earth’s waterways, the environmentalist is now the community [continue reading…]

As high school students in the graduating class of 2017 in the School District of Philadelphia are preparing for college and taking the SATs, they will also have another weight to add to their already [continue reading…]