Krista Milito and Jeremy Burger met at a dog walking company when they were both dubbed the “go-to” people for misbehaving dogs. Recognizing their gifts for dealing with rowdy canines, the two founded The Philly Pack.

The Philly Pack is a center in South Philadelphia that specializes in the obedience and behavioral training of dogs that need it – or, as Milito puts it, “dogs that are causing some chaos at home.”

Milito and Burger started The Philly Pack in 2006, originally as a pet shop, and the training center was opened in 2015.

“Krista and I have been wanting to open a training center since we started our business in 2006, so it’s been a very good start,” Burger said.

On average, in the course of a week, The Philly Pack serves and sees around 50 dogs. Most days, however, the center is maxed out with dogs, where they train and watch 30 dogs a day.

“We’ve been busy right from the beginning,” Burger said. “Partly because we already had a reputation and had a bunch of dogs we had been doing behavior work with since before we opened the center.” 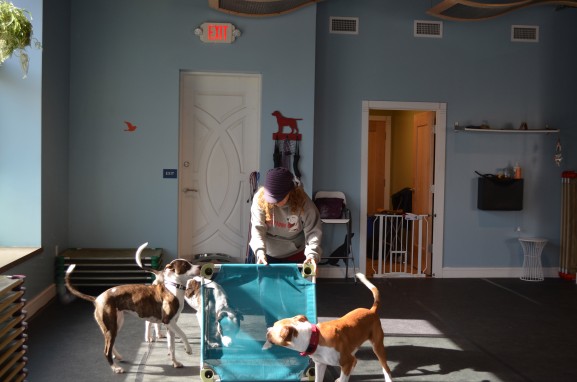 The whole day at the training center is packed with lots of activities. The dogs work with the treadmill, training and in social groups, where the dogs will run, play and learn to be social with one another.

Milito and Burger really just want to give the dogs an outlet for activity and mental stimulation and, by doing so, allow their clients become more appreciative of being dog owners.

The organization’s goal is to help owners who feel as though they have no control over their dogs retain the structure they need at home to keep their dogs on good behavior.

Katie Gambone and her husband started sending their 2-year-old Rottweiler to The Philly Pack a year ago after their dog became overly protective. Gambone explained that she and husband “could not be happier“ with their dog’s transformation.

“It has been an amazing transformation,” said Gambone. “I used to be so worried to take my dog on walks, but I don’t worry anymore.”

The kinds of services that The Philly Pack offers include dog training, private classes, group classes, canine socials and daytime activity, like daycare and dog walking. 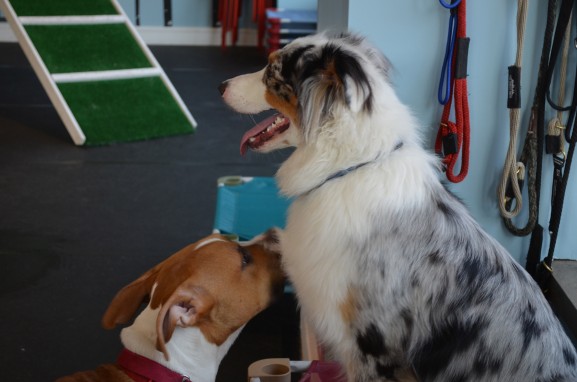 Not only does The Philly Pack impact its surrounding community, it impacts employees as well.

“I just find that Krista’s a really good teacher and she’s very willing to teach me, which I appreciate,” said Emily Halpern, an employee at The Philly Pack.

Halpern was a barista who used to take her two dogs to the center for obedience training. Eventually, she started volunteering, which led to Milito to give her a full-time job.

“There’s nobody really like her around here,” said Halpern. “So it’s an opportunity I’m not really going to get anywhere else, or from somebody so generous just to pick me up off the street, essentially.”

“It’s been our goal, always, to help people,” said Milito.

Milito and Burger had to close their pet shop this past October. However, they don’t consider that a step back because they continue to grow.

“It allows us to narrow in on what we’re trying to accomplish, rather than spread our focus in many different areas,” Milito said.

While The Philly Pack is beloved by many, of course, it has critics.

“People are critical of everything, and I think that’s a good thing,” Milito said. “It makes you constantly strive to do better.”

In the early 2000s, Milito and Burger were working for the same dog-walking business when they realized their mutual interest in training dogs. It was clear from the beginning that this business was going to work. 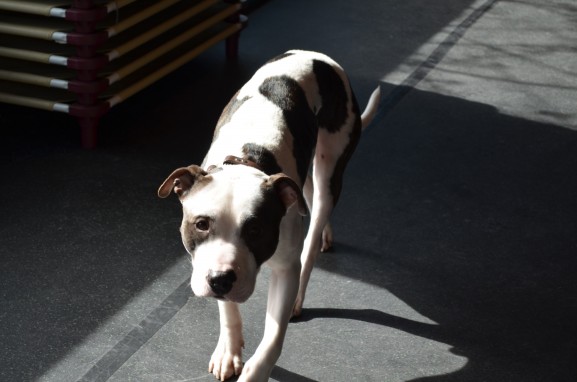 “Once we kind of realized we were both into dog behavior,” Burger said, “we decided to go off on our own, and that’s how we started The Philly Pack.”

Just because The Philly Pack is thriving, that doesn’t mean Milito feels her work is done. Milito’s personal goal is clear.

“ [I want] to make Philadelphia an amazing dog city, where we have people who can really handle dogs,” she said,  “so that I can continue to grow my dreams and feel like Philly is in good hands and people know how to deal with these crazy, crazy dogs.”

-Text, images, and video by Miranda Greenberg and Santina Pescatore.

People’s Emergency Center, or PEC, has been a helping hand to the community for many years. Most known for its abundance of programs for helping families, PEC has now taken on small businesses. The dedicated staff provides [continue reading…]

Alice Shockley has lived in Point Breeze for the past 79 years and has no plans of leaving. The 85-year-old retired nurse has been an active member of Neighbors in Action for the past 10 years, [continue reading…]

Fishtown: I-95 renovation to get worse before it gets better

For the past two years, residents of Fishtown have dealt with two of the most disruptive neighbors:  URS Corp. and the Pennsylvania Department of Transportation (PennDOT). Together the engineering firm and the Transportation Department began the [continue reading…]