The plots where it grows belong to Growing Home Gardens, a nonprofit organization that aims to empower immigrants and refugees through the utilization of green space. A project of the Nationalities Service Center, Growing Home Gardens works primarily with Burmese and Bhutanese refugees.

The gardens allow refugees to cultivate crops that, like Chin Baung, are used in cultural dishes but might be difficult to find in a local supermarket. In South Philadelphia, a section of the city known for its large and fluctuating immigrant population, Growing Home Gardens provides refugees with the tools necessary to put down roots.

Juliane Ramic, the Nationalities Service Center’s senior director for refugee and community integration, has been part of the organization since 2004. 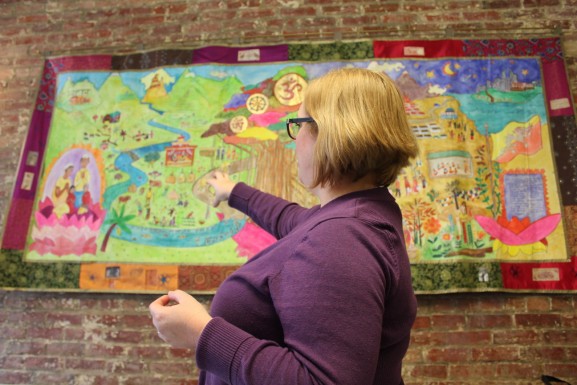 How did the organization start?

We work in close partnership with an agency called the Office of Refugee Resettlement, and the Office of Refugee Resettlement actually created a funding stream for refugee gardens and refugee farms, and I have to say that I initially rolled my eyes at that. I thought, “Oh, this is the last thing that we need.” We need basic needs, we’ve got to get people working, we’ve got to get kids in school: all of these things that, to me, just felt to be so much more important and valid than [urban gardening].

This project has changed my whole thought process on how we work. And dealing with those hard issues of getting people jobs is important, but it’s not really what living is about. In helping a refugee to start over, sometimes you just have to have a really nice, beautiful place to come together.

Why do you work with refugees?

We were working with ethnic minorities from Burma. For many of them, because they had been living in refugee camps for so long, they were eager to work. They were able-bodied, but it was very hard for employers to give them a chance. But when they started to work, they soon developed a reputation of being some of the hardest-working individuals. 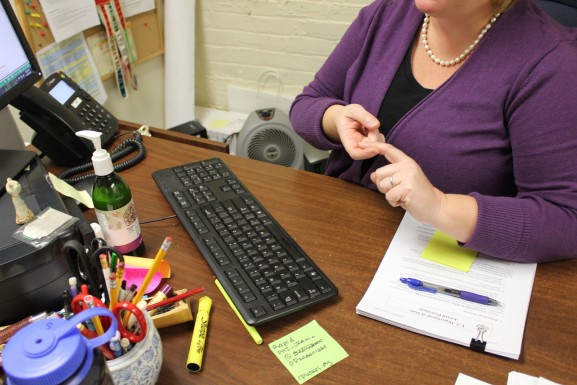 What kind of crops do you grow?

The Pennsylvania Horticultural Society and some of our staff and the refugees worked together to identify what they wanted to grow. So in the first growing season we planted lots of kale, and then were told no they actually prefer collards and mustard greens, so we began to plant those.

What challenges does the organization face concerning land ownership?

How does the city either succeed or fail in meeting the needs of the organization?

We’ve been working with the Neighborhood Gardens Trust, which has just been a wonderful group to be able to work with, because a lot of these things, you know, like, here at NSC, we settle refugees, we serve vulnerable immigrants. I am not familiar with land acquisition and maintenance. That is just so far outside of our mission, but to be partnering with a group like NGT is just really great. 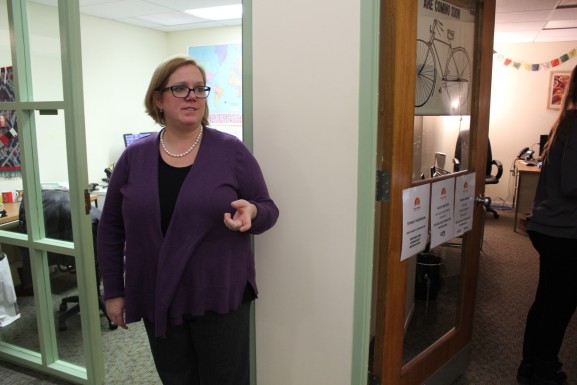 You have about 100 families tending the plot, but you have a between 200 and 300 family waiting list?

Yes, which we’ve just stopped maintaining. It’s just too hard. But that’s the impetus for us to really expand to the other side [of Broad Street]. And the timing for that is right. A lot of the Burmese and Bhutanese refugees that we’re working with are now, they feel more free to move.

Do you get a lot of feedback from others in the neighborhood?

There’s two reactions that people could have. One could be, “They’re transforming a vacant lot into something beautiful.” But it’s also, “Who are these people? They look different than me.” What we found is that the garden was a safe and beautiful place for people to be able to explore that, so people might have been curious about who their new neighbors were and instead of kind of developing this feeling of fear and doubt, it became, “Look at what they’re giving. They’re transforming and making a place beautiful.”

-Text and images by Claire Sasko and Patricia Madej.