Charlene Wilson-Doffoney deals in death, but more than anything, her experience has taught her how to live.

As the owner of Mitchum-Wilson Funeral Home Inc. on the corner of 20th and Reed streets, Wilson-Doffoney has become a prominent member of South Philadelphia, not only for her role as the community’s most sought-after funeral director, but for her welcoming and eclectic personality.

Wilson-Doffoney was introduced to the funeral business in 1985 and has considered it her calling ever since. She was given the funeral home by her mentor Earl Mitchum when he died in 1986. She then added her maiden name, Wilson, with his, creating the funeral home’s current moniker. 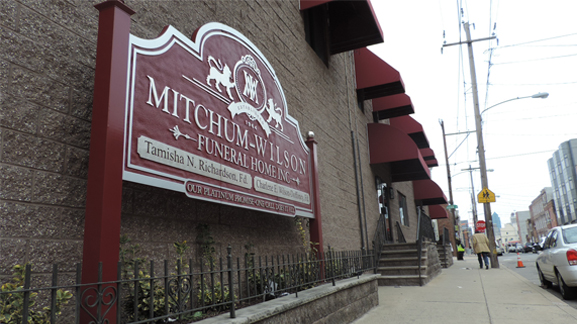 “Everyone uses her services,” Harriot Morris, a crossing guard who works near the funeral home, said. “She does great work and she’s a dedicated person.”

Part of the Mitchum-Wilson Funeral Home’s success is in its ability to adapt.

Wilson-Doffoney said she has directed funerals for nearly every race and religion in Philadelphia, and even does the occasional pet funeral.

After her current renovation project, which will include the opening of an indoor pond, a coffee shop called Good Grief, and several offices for rent, she plans to add large TV screens that will allow her funerals to be broadcast over Skype to family members and friends who couldn’t attend the services.

This may sound luxurious for a funeral home, but she believes it’s for good reason.

Wilson-Doffoney bought the 13,000-square foot property with the intention of allowing grievers to have multiple rooms to walk through, hoping this will help families avoid feeling cramped. The pond room is for tranquility, while the coffee shop will feature a wall for family members to write letters to deceased loved ones or to hang pictures of them.

The funeral home also holds classes called “Matters of the Heart,” where people learn about subjects such as how to get their affairs in order, how to downsize their house as they age and why it’s necessary to have life insurance.

In addition, the home offers a space for people to discuss any life stressors. Wilson-Doffoney hopes this will help relieve the suffering of people who live in a community that has gone through years of violence and drug abuse. 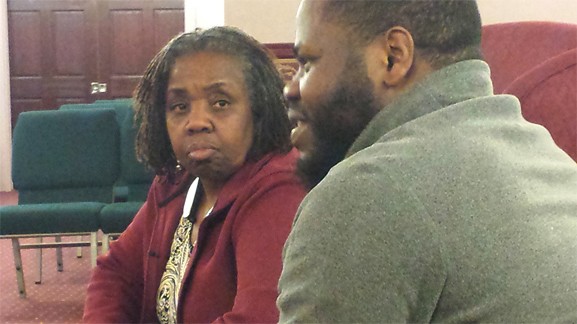 “Charlene taught me if you’re not among your people, you’ll never know what their problems are,” Mitchum-Wilson’s Pastor John Goodin said about the funeral home’s classes. “Our goal is to keep one foot in the problem and one foot in the solution.”

However, three decades of working in the funeral business has taken its toll on Wilson-Doffoney, as she said she sleeps in a burial position, lying straight on her back with her arms folded over her chest.

“I wonder how they’ll find me,” she said. “I know to put underwear on now, I even make sure I put pajamas on. But at the end of the day you don’t care — you’re dead.” 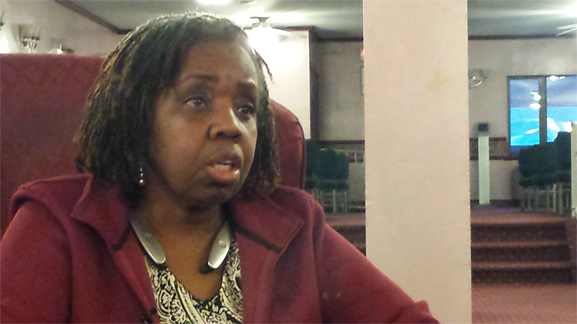 To escape the constant grief that surrounds her profession, she took up riding motorcycles in 2006. A year into riding, she had a Harley-Davidson motorcycle hearse specially made for her funeral.

“I came into the bike world after I did a dirt-biker’s funeral. I remember seeing all these dirt-bikers and I thought, ‘ahh that looks exciting,’” she said.

Since then, riding motorcycles has become a regular part of her grieving process.

When she turned 55, she decided to ride from Philadelphia to Sturgis, South Dakota, a meeting ground for serious bikers around the country. She is also the president of her own group, the RoadMasters Motorcycle Club.

Her hobby of choice has become one of her defining qualities.

“A lot of people know I’m the one who rides motorcycles, and I say that is also about your bucket-list,” Wilson-Doffoney said. “Get out there and do things you wouldn’t normally do. You’re going to die, so get out and live. A lot of people don’t know how to live.”

Many others, however, know her for the effect she has had on South Philadelphia.

“I’ve been down here for 27 years, and I’ve never heard anyone say a bad thing about her,” Officer Keith Harris, of the 17th district, said.

Harris said he didn’t know Wilson-Doffoney personally, but knew the impact her work has had on the community. Point Breeze resident Melvin Starks had similar sentiments.

“I don’t know her personally, but I know her work,” Starks said. “The last 20 years…she looks out for the community. She loves this neighborhood.”

Wilson-Doffoney, however, gives herself little credit for her success.

“I’m amazed when people tell me I’m an icon for South Philly,” she said. “I don’t see that. I’m just thankful people like me. I just did what I’m supposed to do.”

– Text, images and video by Jordan Waylen and Nick Tricome

As of 2013, nearly two out of three Philadelphia adults are either overweight or obese, according to reports from the Centers for Disease Control and Prevention. That’s roughly a million Philadelphians. Many factors contribute to [Read More]

“The neighborhood is changing where we’re seeing more people use bikes,” said John Dietterle, about what those in the neighborhood have noticed as of late. The uptick in bicycle usage in Philadelphia in the last [Read More]

The Grays Ferry and Point Breeze areas – located between the Schuylkill River, Broad Street, and Washington and Snyder avenues – are home to not only an eclectic group of people, but also an array [Read More]