Sheila Washington is a 62-year-old Overbrook resident who is passionate about the area. She has been the president of Friends of Haddington Library since 2008. Despite being retired, she loves volunteering in the Haddington library.

“I know this library like the back of my hand,” said Washington. “This is my library and I’m very proud of it.”

Washington grew up in West Philadelphia and attended Overbrook High School. Soon after graduating there, she attended the Moore College of Art & Design where she studied design and learned how to paint. 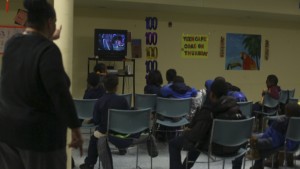 Washington also volunteers with the teen café at the library and enjoys working with children. She plays an active part in taking care of the Overbrook community by planting flowers, helping people and caring for children.

“If you get them in here young, you keep them,” said Washington. “We want our children to have a safe place to come. We want this library to be like a beacon in the neighborhood.”

When city budget cuts threatened the library, Washington was a voice in the fight to keep the building open. She partnered with different organizations and library workers to stop the city from closing the Haddington library.

“We protested downtown,” said Washington. “We hung in there and kept the library open.” 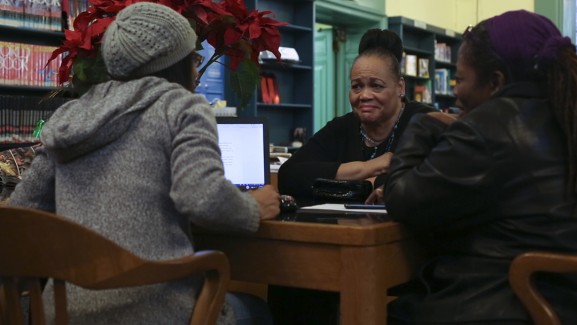 The Haddington library just recently celebrated its 100th anniversary, something Washington is very proud of.

“If walls could talk, our library would say so much,” said Washington.

During the celebration, the library invited the community to participate in the milestone.

Washington’s son also grew up in the neighborhood and has been positively affected by the library, she said. He was able to use the library’s resources to find a job and also helps his mom out whenever he can there.

“It’s nice to have my son come to the same library I came to growing up,” said Washington. 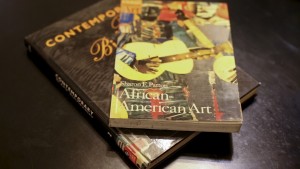 As the library continues to serve the community past its 100-year mark, Washington wants to ensure that the teenagers there continue to have a safe place to grow.

The library has applied for funds to continue the teen cafe, and officials also have been in contact with a donor. In addition, the Haddington library also plans to have fundraisers to provide more resources for the teens.

“This library helps us in so many ways by educating our children and helping our community,” Washington said. “It’s really important to bring people into the library.”

– Images, text and video by Valerie Vaincoeur and Tonii Mackie

Modest and unassuming Quaker memorials at the Fairhill Burial Ground reach no taller than a shinbone and stand in great contrast to the looming trees growing throughout the cemetery. “Quakers believe in the inherent equality [continue reading…]

Parkside: The Other Carpenter Brightens Community with Dark Past

Hammers banging, electric saws buzzing and calls to watch out for a falling ladder are not typically welcome sounds early in the morning. However, to the residents who live on the 4500 block of West [continue reading…]