Councilman Mark Squilla is the councilman for the First District in Philadelphia City Council. Squilla is the representative for several Philadelphia neighborhoods such as Chinatown, Kensington, Bella Vista, Northern Liberties, Fishtown and Port Richmond. A native of South Philadelphia, Squilla has been engaged in public service for close to 30 years, serving on the Philadelphia Democratic City Committee since 1998 and as chair of City Council’s Streets committee in addition to representing his district.

You’re the councilman for Philadelphia’s First Council District, which covers several prominent neighborhoods in Philadelphia. Can you give a quick overview of which areas within your district have predominant populations of immigrants?

Further south you have the Bhutanese who have come in. They’re not as involved in the local business area there; they’re very family-oriented and community-oriented. They have events for their neighbors and for those who speak the same language and have the same culture. We have a big Mexican population up around the South Ninth Street area. They are entrepreneurial. They work businesses and several of the stands and they’re very involved in a lot of the restaurants. They are very active in the community as well as far as organizing, such as organizing sporting events.

Up in the Kensington area we have a Puerto Rican population which has continued growing in that area. They’re engaged in that community. There are challenges up in the Northern end. We have a lot more drug issues and crime issues up in that area.

All the immigrant areas, even know they’re surrounded by areas that are doing very well, are still lower-income neighborhoods. It’s a challenge for them.

Whether it be a specific neighborhood or your entire district, what are some of the tougher challenges that you feel immigrant communities within your district face?

What you find out with a lot of the immigrant population is that they really don’t trust government. They come from places where government was not an asset. It was more of a way to punish people and it never really helped them. When they see somebody from the government, they’re not open with you at first. You need to build trust with them.

Another challenge is when children don’t speak the English language and they’re attending school. It’s a challenge for them to learn. Having a child go to school and they don’t know the language and have to be able to not only work for themselves to try and learn but also vouch for their elders.

The biggest challenge for the elders is jobs. How do you go get a job when you don’t speak English? You see a lot of the Mexican and Asian populations come and be laborers. It’s hard for them to make enough to keep their family afloat. Sometimes that’s why you see houses that have two or three families living in one home where they’ll support each other. It’s a struggle, but they’re willing to work the hours and make ends meet to provide so that the next generation can get the education they need and not have to do the same thing the previous generation just did.

In what ways does Philadelphia City Council assist these groups with overcoming these challenges, within your district and citywide?

Whether they’re trying to start a business, or they have a business and want to upgrade their store, or they need social services, we connect them to our agencies and resources. The whole thing is built on trust. It takes a little bit of time for them to realize that government here is willing to help you. We’re here to help with policing because they often believe that if they are victims of a crime and report it, and they aren’t legal or a citizen here yet, that they may get deported. We’re here to tell them, “Guys, let us know if you’re the victim of a crime. We’ll help you. The police will not ask you if you are a citizen. We’ll make sure the people who did this to you can be persecuted.” That’s why we even hook them up with the SafeCam program where the police will pay half the price for business owners to have cameras in their stores. All this comes from constant dialogue with them to get them to reach out to government or their organizations. 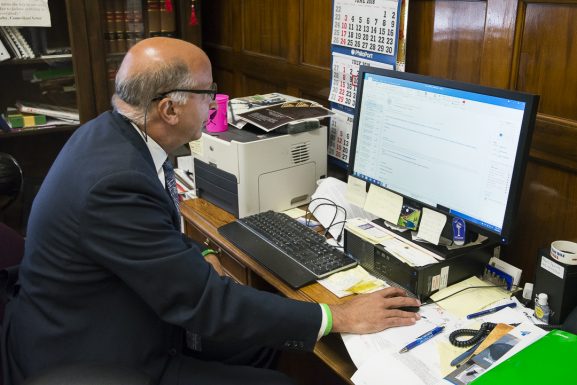 What can be done to facilitate better help to immigrant families who face language barriers so that they can get their kids’ educational needs met?

The Italian Market area in South Philadelphia has seen lots of newcomers in the form of new Asian and Hispanic business owners in recent years. Can you talk about this cultural passing of the baton that has been taking place within the Italian Market, and why you think it’s been happening?

If you look around the Italian Market area, around the Sixth and Seventh Street area there’s a lot of Vietnamese, a lot of them in South Philly. And Chinese on Washington Avenue. Around the Ninth Street area, Ninth and Wharton area and other areas up and down Ninth Street, there’s a big influx of Mexican immigrants. After generations of Italians that worked there, you educate your kids and you send them to college, and after a while that next generation does not want to work in that type of environment.

What happens is, which is a great opportunity for our city, is we have new immigrants that are moving into the city that are willing to take that job on to make a living for themselves. The Italians did it very well for all those years. There’s still a couple Italian families left but a lot of them now are Asian and Mexican. They’re working the stands. A lot of the Italians own the businesses and own the stands and lease them to the Mexican families to give them that opportunity. There are some Mexican businesses that have bought buildings on Ninth Street and have become property owners and business owners. If you didn’t have that new immigrant population in the city of Philadelphia, we would’ve lost people selling fruit from the stands. You would’ve lost that feel of Ninth Street especially in the winter with the fires going. They’re burning the boxes and people are walking up and down buying fruits and vegetables. It keeps the market alive.

I think we’re fortunate in that if we didn’t have new immigrants coming into this city that market would have been gone by now. So now they’ve taken it over, and they have taken that baton and are willing to work those hours at the stands that are necessary to keep that market open and to make a living for themselves. To me it’s a big positive. People don’t understand. To me, it’s still an open Ninth Street market. It’s the same type of market it was. It’s a Philadelphia icon and we should be able to sustain it. We would never have been able to sustain it with the Italian immigrants because, first of all, there’s not many new Italian immigrants moving in. And second of all, the generations who got educated no longer want to work those types of jobs. 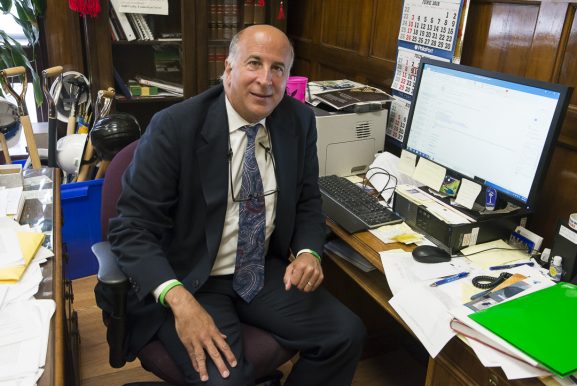 What types of issues do you feel these immigrant business owners are facing, and what could and should they be doing in order to overcome these challenges?

A lot of them don’t speak any English at all. It’s a challenge especially when you deal with city services because we as a city haven’t done as good of a job of, and where we need to do a better job is, getting bilingual workers on the city’s part, especially with L&I and the health department. They go out and check the businesses and talk to the people and let them know what they need to do to comply. On our side, on the city’s side, we need to do a better job bilingually whether it’s Spanish, Chinese, Cambodian or Vietnamese. We have to continue partnering with organizations that are already in place and try to help these immigrant businesses become compliant and make sure that they understand how to comply so we don’t have to shut them down.

Going a step further from compliant, a lot of immigrants have access to beneficial city services they don’t know they can access.

That’s definitely something I think their organizations should be involved with. There’s a Ninth Street business association, and the association is there to let people know what the latest and greatest things that the city can provide for them. It’s a challenge, and there are options and things available to them that they do not get. They do not get them because they don’t want to ask, or because they just don’t know and nobody’s offering it to them. That’s where the associations should really come in and work with the business owners, and it all should be able to be conveyed in their language so that they understand.

-Text and photos by Dylan Long.

As a young child in Liberia helping her mother and aunt in the kitchen, Nafisa Sillah stumbled upon her passion for cooking. “I would mess up the food but I would fix it, cook, cook, [continue reading…]

When the sun goes down, the transformation of Drew Gaver begins. “I started drag, in earnest, about three years ago,” said Gaver, who performs as BEV. “I dabbled around with just kind of goofing off [continue reading…]

Vaux Reopens Kelvin Jeremiah was shocked when he spoke to children from the Sharswood Blumberg towers that many of them didn’t know the “Rocky steps” were in Philadelphia. Many of them had never been to [continue reading…]