Headquartered in St. Petersburg, Florida, APEDF calls for “real economic development for the African community,” according to the website. The fund stands against gentrification and the devaluing of black labor, instead advocating for the education and economic power of African Americans.

The nonprofit moved from Spruce Street to a larger space at 823 N. Broad St. about two years ago, closer to the communities it serves. All of the proceeds from furniture sales “go back to the people,” said business marketing and community relations developer Michael Moody. 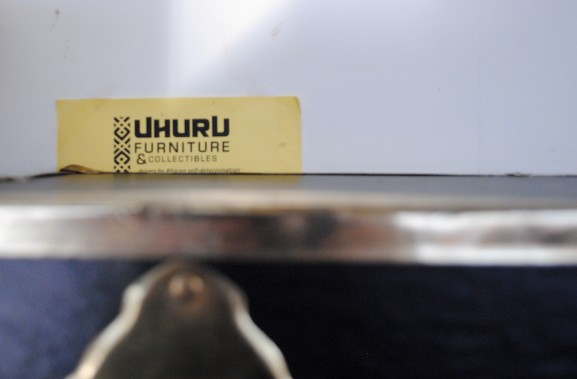 Giving back is particularly important in a city like Philadelphia, he said.

“I find Philly is one of the most segregated cities in the country and it has some of the biggest disparities,” Moody said. “Just going to different areas, you can see, it’s clearly visible, the dynamics and the issues.”

Uhuru and APEDF try to span those gaps by providing health services, art festivals and employment opportunities to Francisville and its surrounding neighborhoods. Health resources are particularly lacking in these areas, Moody said, so Uhuru offers screenings for HIV, high blood pressure and diabetes. The nonprofit also hosts a festival once a year to educate the community about healthcare.

At its core, Uhuru is meant to nurture “African self-determination,” Gittelsohn said.

“It’s in our interest to support African self-determination, black freedom, and the other parts of our mission, which is for human rights, for education, for health,” she said. “The store itself isn’t just a charity.”

Gittelsohn added: “It’s bringing resources into the hands of the African [American] community. Food, clothing and shelter, that’s what the people need, and furniture is part of shelter. It’s part of a human need that’s being solved by this institution, and that’s why we keep our prices really reasonable.” 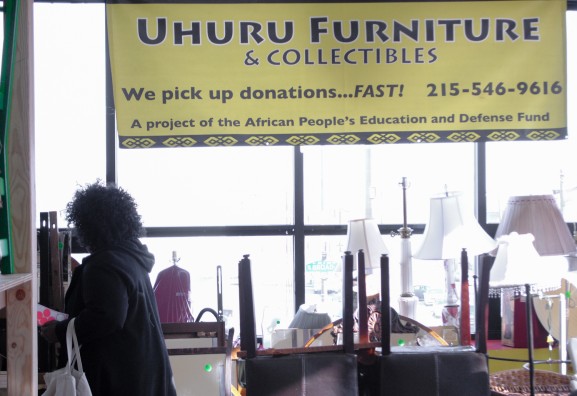 The store’s furniture is stacked high to the ceilings, using up every inch of available space. The turnover rate is high, operations manager Alfred Hutley said, and the prices range from a few dollars to a couple hundred, depending on the piece.

“We take customer service really seriously here, because the whole organization is based on the people, on the community, so we don’t want to be one of those stores where people come in and no one talks to you or they follow you around like some kind of criminal,” Gittelsohn said. “We had a certain stance that we want all our team to have, and that’s being communicative and being helpful.”

The nonprofit is also big on education, Moody said, and offers information to anyone who might wander through its bright yellow doors.

“Now that we’ve moved here, what we’re trying to do is bring everyone in, and a lot of people don’t know or don’t have time to know about why they’re living in poverty and things like that,” Moody said. “We really pride ourselves on education, teaching people almost how to know all of the systems that are in play that cause these disparities. And so that’s why we provide these volunteer opportunities, so people can come learn about so many different aspects about life and social justice.”

Volunteer Eugene Sheppard, who has been at Uhuru since October and is from Southwest Philly, sees the organization as a useful tool for the community. 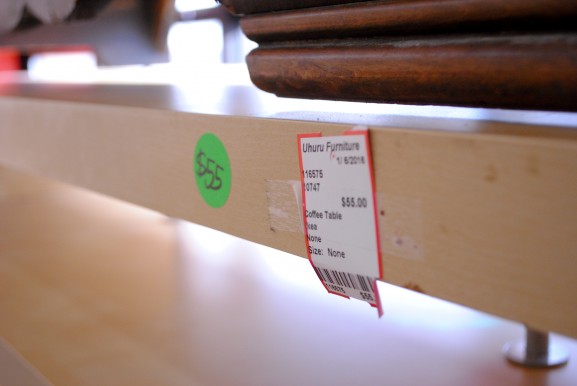 For Gittelsohn, simply being involved at Uhuru is an “honor as a white person,” because the store and its mission belong to the African community. She said the open relationship the organization has created can help turn around racial and economic injustices.

Moving forward, Moody said he wants to continue fostering self-determination in the community. He hopes people stop by to purchase furniture and find a chance to educate themselves as well.

“Definitely education, that’s definitely one of the most important ways, but we all have to work together on finding and providing resources,” Moody said. “There’s a lot of divide in every different community, so unity is really an important way. We have to come together, we have to discuss what’s going on and then figure out a way to fix it.” 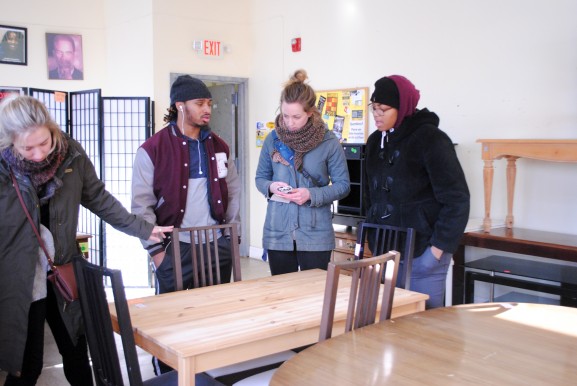 –Text, video and photos by Paige Gross and Victoria Mier

https://vimeo.com/20480119]   The 1500 block of Poplar Street didn’t look like much two years ago. It was home to a few vacant lots, some abandoned properties and a junkyard one resident called a “horrible eyesore.” [Read More]

This Thursday marks the public opening of the Spring 2011 Exhibition at the Philadelphia Art Alliance, Kickin’ Back: Design for Leisure. Designers and architects were selected based upon their artistic interpretation of the concept of [Read More]

Valentine’s Day is approaching and so is the pressure for couples to plan the perfect date. Philadelphia is known to offer a wide variety of restaurants and tourist attractions. However, if he or she is [Read More]