After a late-night practice in 2012, Hype Mattingly had something to tell her team.

With the Philadelphia Flying Phoenix Women’s Dragon Boat Team surrounding her, including Against the Wind, the group’s breast cancer survivor team, Mattingly had an announcement.

“I went up to [then-assistant coach Anne Matthews] and said, ‘Our breast cancer survivor team is going to have another member,’” Mattingly said. “And she got it right away and, then the team just swarmed around me. I was so afraid and they made it better.” 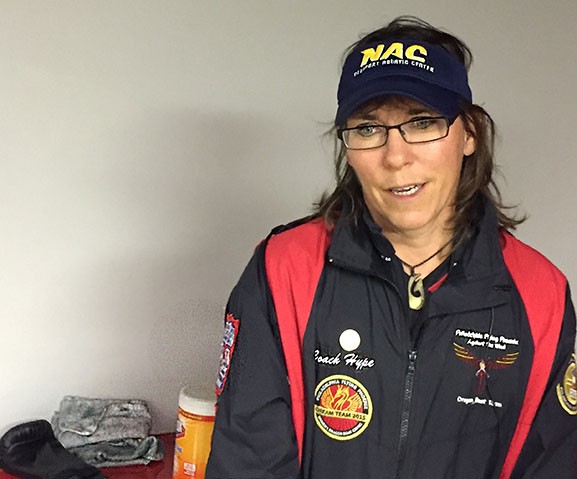 “I was very confused,” Mattingly said. “They helped me connect the dots to get to where I should have been.”

As coach of the Philadelphia Flying Phoenix, Mattingly, who has been cancer-free for four years, had seen other members make similar announcements to the team.

“I’m not someone who likes to talk about weaknesses or any of that,” Mattingly said. “I want to be strong and upbeat. So it was hard to tell my team. They treated me how I wanted to be treated.”

The New Jersey native is the head coach of the Philadelphia Phoenix Flying Phoenix, an all-women’s dragon boat team. The team is staffed by 16 coaches and has approximately 120 paddlers across six different teams: premier, two senior teams, a recreational team, a beginner team and Against the Wind.

Mattingly was hired as head coach of the Philadelphia Flying Phoenix at the end of the 2012 season after joining as an assistant before the season’s start.

“Coach Hype is excited about the sport,” said Philadelphia Flying Phoenix paddler Ann Kelly. “She is a passionate coach that seems to be able to motivate every paddler on our team. She’s awesome.” 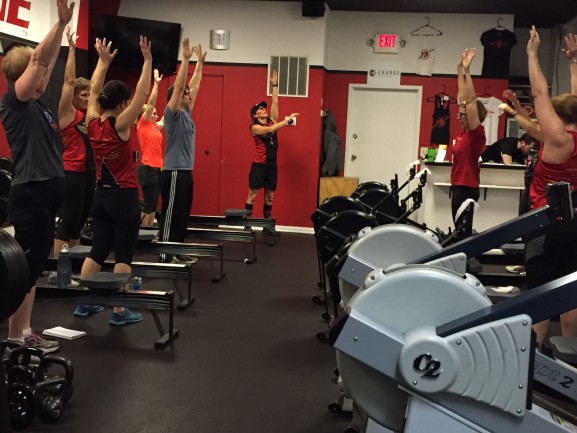 Some of the team’s boats practice on the Schuylkill River year round, but the dragon boat members paddle on the water from March to December.

When not on the Schuylkill River, the Philadelphia Flying Phoenix team practices multiple times a week, including Wednesday mornings at 5 a.m. at the Manayunk RowZone, one of its four practice areas.

“Her coaching style works for everybody,” assistant coach Jackie Gutmann said. “There isn’t a single person that isn’t motivated by Coach Hype, regardless of whether they are brand new to the sport or have been doing this forever.”

Mattingly, who said the team ranges in age from 15 to more than 80, led the premier team to a national championship and the senior team to the B Division 2000 meter to a championship at the 2015 United States Dragon Boat Federation Club Crew National Championships at Lake Arlington, Illinois.

“It’s all positive, it’s all welcoming and yet it is really serious and competitive all the time,” Philadelphia Flying Phoenix paddler Terri Touchstone said. “We are out there to win everything.”

In addition to coaching, Mattingly also competes as a paddler.

Mattingly, who said her main sport is marathon canoe, has competed in the New York General Clinton Canoe Regatta, which at 70 miles in length is the longest one-day marathon canoe race in North America. With her partner Cat Dailey, the duo won the Women’s Endurance Division in 2014.

She also paddled at the Na Wahine O Ke Kai, a cross-channel race held every September that begins at the southeast corner of Molokai, Hawaii, and finishes 41 miles later in Oahu. Prior to that, she won the Hawaiian Airlines Liberty Challenge with the Washington Canoe Club in 2014.

“I like the idea of being a tribe on the water,” she said. “The synchronicity that is required to be a part of this sport is very attractive.”

Along with Philadelphia Flying Phoenix, Mattingly is the head coach of the USBDF Team USA Premier Women and Team USA Premier Mixed. She will use 2016 to prepare the team for the 2017 International Dragon Boat Federation World Championships in China. 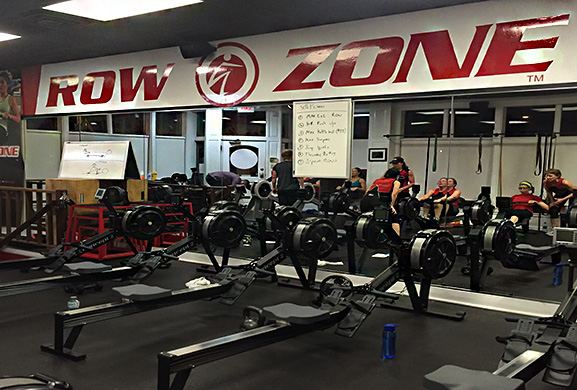 “It represents the top paddlers in the United States,” Mattingly said. “I’ll go around at time trials and look at paddlers from all over the nation and pick the best 25. Then we will go compete at the world championships.”

As coach, the Team USA Premier Women team won its first-ever gold in the 2000 meter at the 2015 IDBF World Championships in Welland, Canada.

“It doesn’t matter who the athlete is, I like athletes to reach their full potential,” Mattingly said. “You see how far someone can go.”

—Video, text and images by Mark McCormick and Michael Guise.