Patrick Fink, 27, a piano instructor and professional musician, has taught music since 2006. Fink has taught private lessons from his home in Roxborough for nearly 10 years, and has traveled to give lessons in the surrounding Pennsylvania/New Jersey region as well.

The majority of his students are from grades nine through 12, but he has had students ranging from age 5 through adulthood. 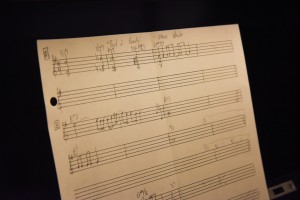 As far as the content of his lessons, Fink’s curriculum includes the fundamentals of playing piano, as well as intermediate and advanced lessons for those students who have been able to learn at that level. He hasn’t been picky about what genre he teaches either, doing anything from classical and jazz to rock ‘n’ roll.

One of Fink’s students, Adyanata “Ady” Anand, a 10-year-old student at Colonial Elementary School in Plymouth Meeting, Pennsylvania, has been Fink’s longest running student and has been taking lessons with him since November 2011 when he was 5.

“I find my musical experience very fun and interesting,” said Anand. “My piano teacher Patrick is very helpful. I like being taught by him.”

“He was a very shy kid in kindergarten, and music helped him come out of his shell and be more participative in classroom activities,” Pandey said. “Patrick is a very skillful and supportive teacher and is very patient with kids. I will give full credit to Patrick for keeping my son motivated and helping him pursue this wonderful art.” 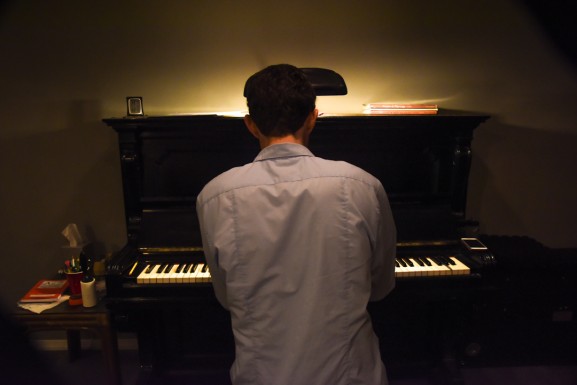 Fink has been playing piano since he began lessons in classical music at the age of 5. When he was in his freshman year of high school, he began taking jazz lessons on top of his classical lessons, and found his great passion.

After high school, Fink went on to study jazz piano at Temple University and began teaching piano professionally. Now, he teaches 27 regular students, plays jazz as a soloist and with various groups that travel around the city, and does accompanying work for high school choral groups as well as musical theater.

“Since Temple, I’ve been doing as much music as possible,” Fink stated. “I try to keep myself busy.”

Joseph Veltri, a 25-year-old music teacher and former classmate of Fink’s, has come to know him through their shared studies and interests.

“He is serious about his craft, both as a musician and teacher,” Veltri said. 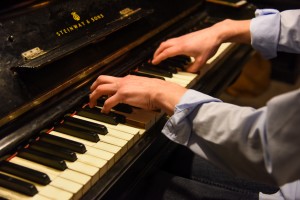 Fink instills the basics of piano in those students who have no experience playing, and from there serves a guide that allows the students to grow on their own musically, pursuing their own styles and genres.

“I prefer to give the student the tools to figure things out on their own,” Fink said. “I try to show them ways that they can grow as an artist and as a beginning musician.”

When asked about his favorite part of teaching students piano, Fink stated with a smile, “When a student gets it. When there’s that light bulb that goes off in their head and it’s like, ‘Ah, I got it.’”

Fink also has strong opinions on the cutting of music and art programs from Philadelphia-area schools and from a number of schools across the United States as a whole.

“It’s a real shame, and I think that [music being cut] is definitely part of a larger issue where there is less emphasis on the arts, and specifically music, across the boards,” Fink said.

Fink went on to discuss that the benefits of music and the arts are harder to quantify and can’t be put into a standardized test score, so they tend to be seen as less important or frivolous.

He admitted that he can understand why certain students, parents and administrators put less of an emphasis on the artistic and musical fields of study when compared with mathematics and the sciences, but still feels that the arts have immense value. 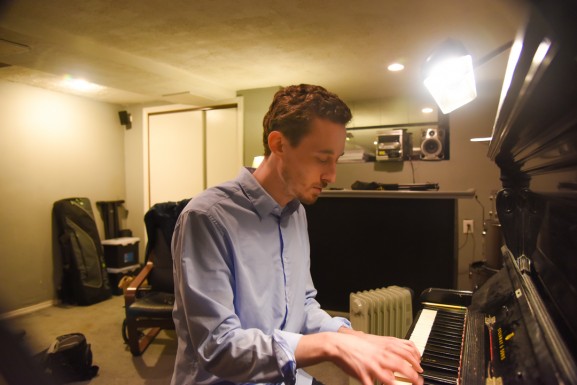 Fink continues to pursue his music career and teach those who are willing to learn the art of playing the piano.

After all, “we’re all learning, myself included,” he said.

— Text, images and video by Matt McGraw and Matthew Leister

Chatter filled the lime green office that doubles as the entrance to Dixon Learning Academy at 2201 Moore St. in Point Breeze. The office staff busily worked while sneaking in a laugh here and there during the [continue reading…]

Students from the music program at Multi-Cultural Academy Charter School played to a packed library of parents, supporters, staff and students at their annual spring concert on June 9 . The students, a mixture of [continue reading…]