It was in the 1970s when drug use and the violent state of the neighborhood spurred a unique change among a small group of Puerto Rican women in West Kensington.

These women, called the Grupo Motivos, worked with an elementary school teacher and a professor to reclaim land and create a place for growth and safety. This was the beginning of the Norris Square Neighborhood Project (NSNP). In 1980, the Grupo Motivos began building a community garden for local residents to grow their own food and have a safe place for young kids to go. 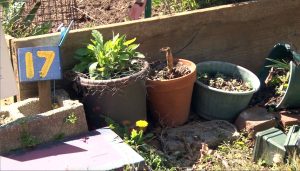 Today, the NSNP has not only grown to become a multi-purpose youth and community center, but it’s also an organization that is home to six themed community gardens: Las Parcelas, Villa Africana El Colobó, El Batey, Raices, Jardín de Paz and the Butterfly Garden. Marian Dalke, the NSNP garden manager, focuses on making the gardens as peaceful and welcoming as she can, staying true to the original goal of the Grupo Motivos.

The NSNP gardens offer many different programs, allowing a large part of the community to get involved. Raíces de Cambio, a program for high school students, gives youths the opportunity to get work experience in addition to an education. Raíces de Cambio, when translated from Spanish, means “Roots of Change” – an appropriate name for what the program strives to accomplish.

Justin Trezza, the executive director of NSNP, explained that the program is a summer fellowship where the students learn about nutrition, youth power, food justice and social issues. 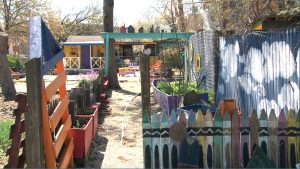 “The students that participate in the Raíces de Cambio program then have the chance to go into their own schools and teach their peers,” said Trezza.

In working with the community and its youth, NSNP is helping to keep kids off the street and more involved in their education. While Kensington is improving, crime is still a problem. The efforts of NSNP and other community gardens in the area are trying to increase the amount of places where residents can feel safe.

“Our gardens have another kind of element – they are cultural spaces, spaces that connect one back to wherever they are from, whether it be Puerto Rico or the Dominican Republic,” said Trezza. “When students come from Puerto Rico, they feel an immediate connection even though they are far from home.”

La Finquita garden, only a few minutes away from NSNP, shares many of the same values and ambitions. Jessica Noon, co-chair of La Finquita, emphasized the importance of having gardens in areas like Kensington.

“One of the biggest challenges is maintaining the space as a place the community can come hang out and utilize as a green space,” said Noon. “Besides it being a garden for growing produce, we want it to be a welcoming place. We’re really trying to prioritize that more.” 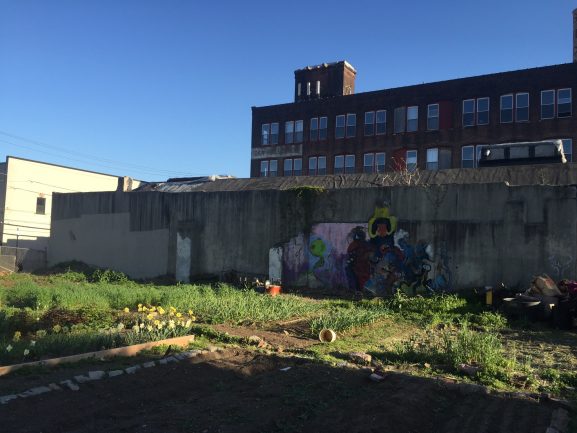 The National Gardening Association reports that 2 million more households are community gardening, a 200 percent increase since 2008. It’s hard to imagine that mere 2- to 3-acre plots in the middle of a city neighborhood can make a difference, but the efforts made by small urban gardens can have a lasting impact.

Gardens like NSNP and La Finquita help to reduce food costs in areas like Kensington. Raíces and El Batey, two of NSNP’s gardens, grow fresh produce. In the past, they have provided over 250 pounds of produce to the community and local food pantries.

From June to October, a farm stand outside of NSNP sells items from cilantro to tomatoes for only $1 each. La Finquita has a similar program where community members can buy fresh produce every Sunday afternoon.

“We sell our produce for dirt cheap and our volunteers get 50 percent off, which is really great,” said Shazana Goff, a lead volunteer at La Finquita. “The community all comes out and it’s good because they’ll spend so little and they’re eating hyper-local food.” 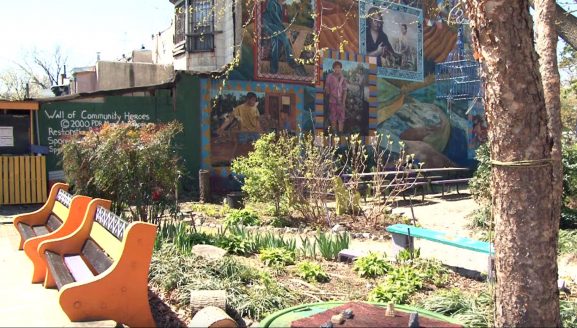 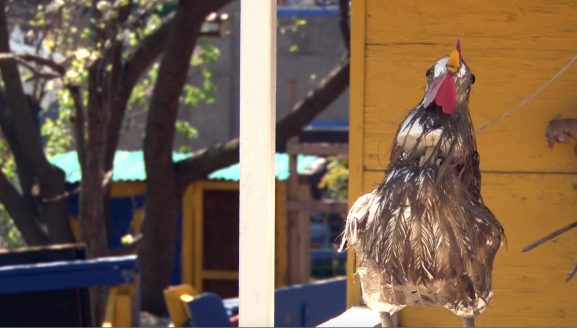 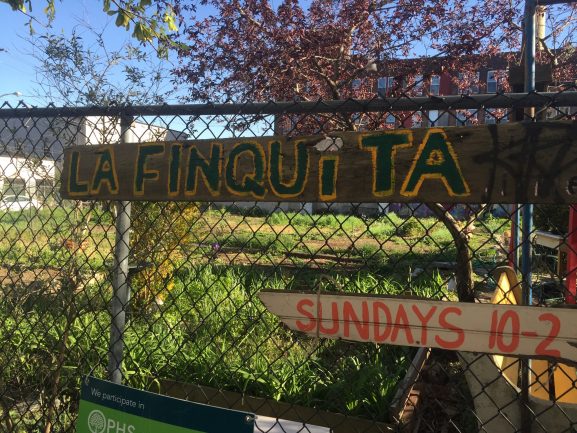 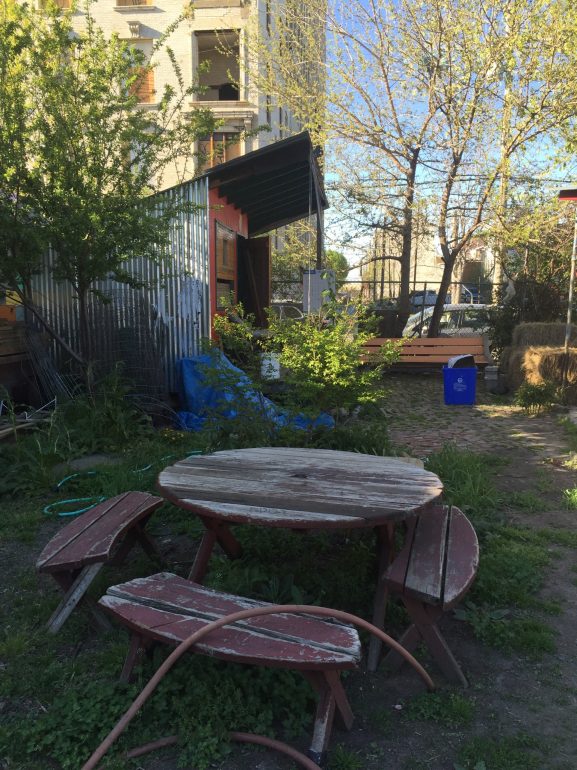 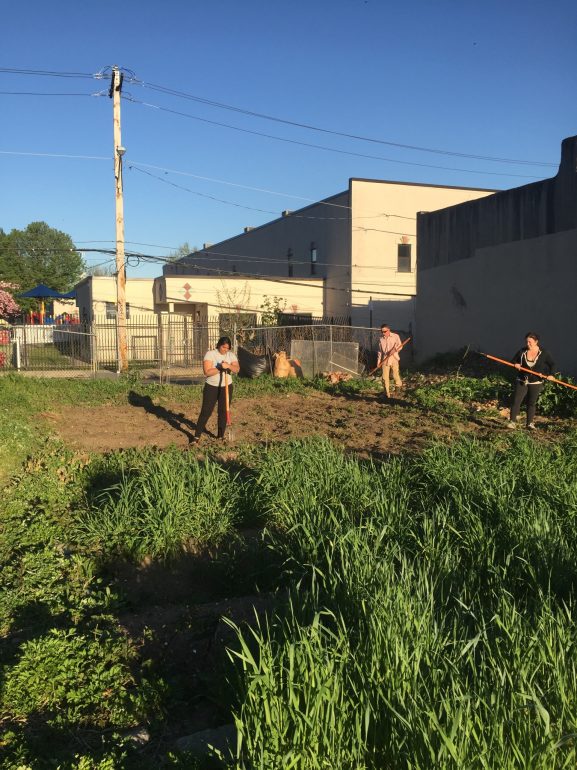 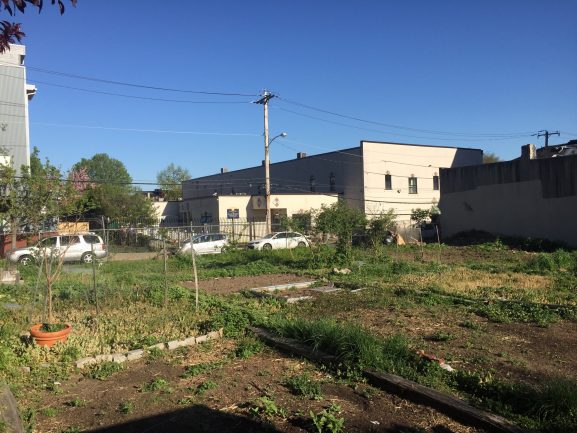 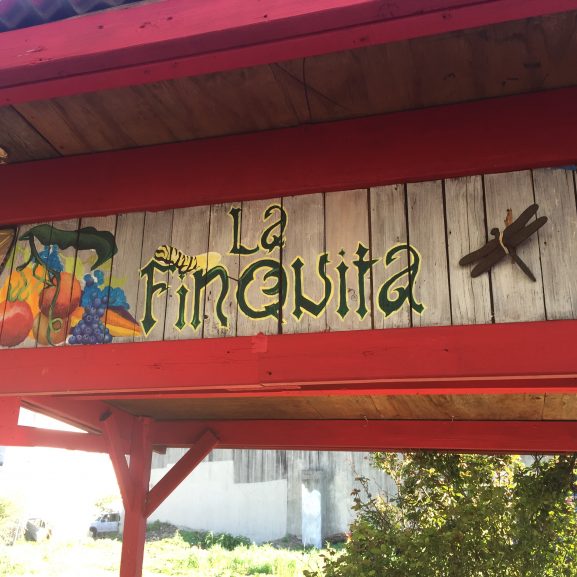 – Text, photos and video by James Kirn and Coleen O’Hara

Norris Square Park is a clean park compared to some of the other parks in Kensington that are littered drug paraphernalia with used syringes and other debris. That’s because the Norris Square Neighborhood Project helps keep [continue reading…]

What’s for dinner tonight? For the diverse clientele of the Saba Halal Live Poultry Shop, it’s likely to be the freshest-tasting chicken, guinea hen, rabbit, duck, goat and beef, reminiscent of the poultry and meats [continue reading…]