The Brewerytown Community Garden brings fresh, inexpensive fruits and vegetables back into the community while also engaging residents with various events.

“I love gardening, it kind of calms me down, it’s good for you,”said garden member Jeannie Brooks. “I grew up in a family of farmers and singers from Hopewell Township in New Jersey.”

When Brooks relocated to Philadelphia, she met a group of men who had started their own vegetable beds. She asked if she could help. The group welcomed her and now Brooks is an original member of the Brewerytown Garden.

“They told me that the vibration of the earth comes in you and calms you down, and I’m like all for that,” Brooks said.

Garden members believe it is important that there are no chemicals used in the process. Everything is organic from the soil to the produce, she said. 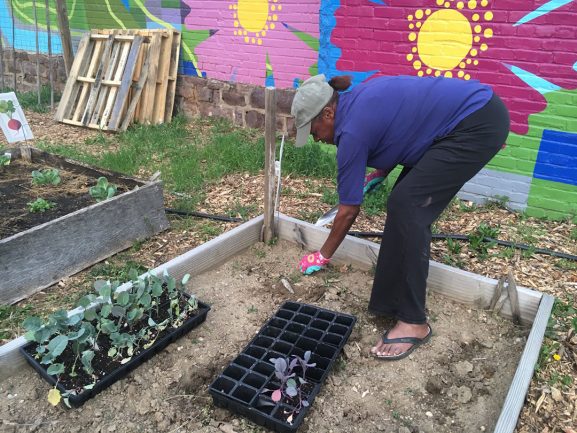 “I’m out here usually a couple hours or an hour every day watering, making sure the plants in the greenhouse are watered because it can get to about 109 degrees in there,” Brooks said, adding that there are fans installed to help circulate the air.

Rectangular signs throughout the garden display the name of the person who owns that bed.

Brooks said there’s a big difference between produce Brewerytown residents purchase at the local supermarket or corner store and the price and quality of the produce these gardeners sell to the community through their farmstand. 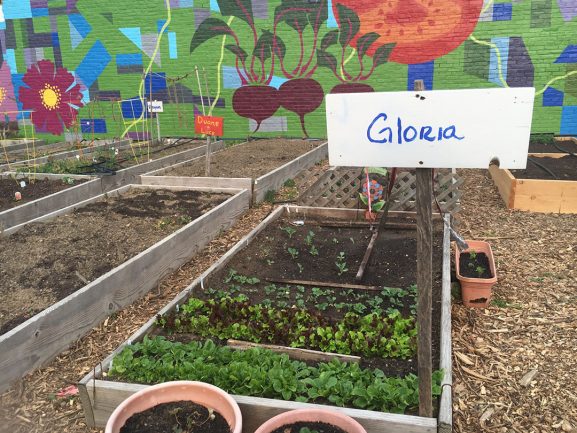 “We see people walking by going down to the corner store to get tomatoes, we’re like we have tomatoes here that are half as cheap and organic,” Brooks said.

Brooks recalled a time when a resident told her “the tomatoes are not supposed to be that orange.” Brooks explained to the person that the tomatoes she had harvested are how they should appear when buying fresh tomatoes.

“They are getting fresh, organic produce harvested that morning, we don’t harvest ahead of time, we do it an hour before the farmstand,” she said.

The community and the gardeners are saving money while growing their own produce or buying produce from the community garden.

“I probably saved $1,000 last year in food because I eat from my garden,” Brooks said.

She and fellow garden member Estella Pressley preserve their food by canning, because it is an efficient way for the produce to last through the winter.

“They said just put it in the earth and let it grow,” she said.

And it did just that.

“I have so much produce, I still have frozen okra from last year. The garden was very fruitful last year and I’m hoping for the same for this year as well,” Pressley said. “The garden benefits in a couple of ways, as a gardener anyone can participate as long as there are beds left. The other benefit is through the farmstand, we sell the produce from the community beds that are a low cost to the community.” 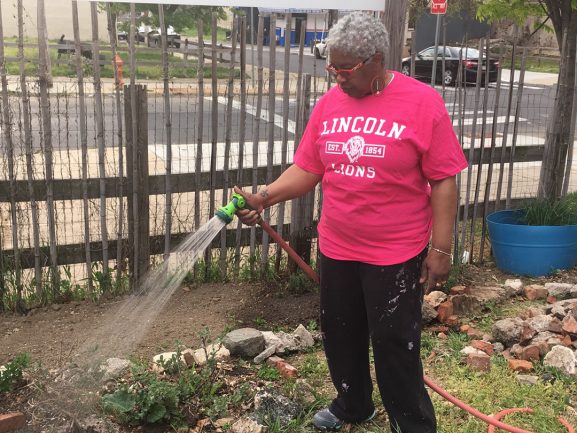 The Brewerytown Garden has had multiple events to help promote a positive environment and allow the community to collaborate as a whole and recognize the many benefits of the garden. The group has hosted a spring cleanup day and a general community day. Area Girl Scouts as well as other children and adults have been invited to participate in many activities. 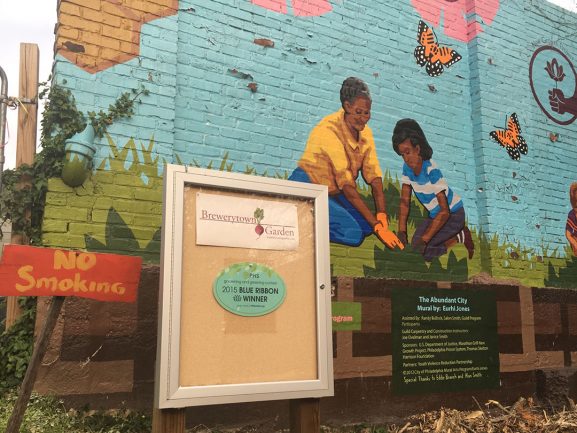 “We need to educate the children, first of all, about where the produce comes from, and how it grows just so they’re not a stranger to what they’re putting on their plates,” Brooks said. “You will be amazed of how many children that are still getting their fruits and vegetables mixed up and some of them are teenagers.”

Brooks and Pressley both believe this year’s plan for more community events surrounding the garden will help with the group’s goal of leaving a good impact on Brewerytown. 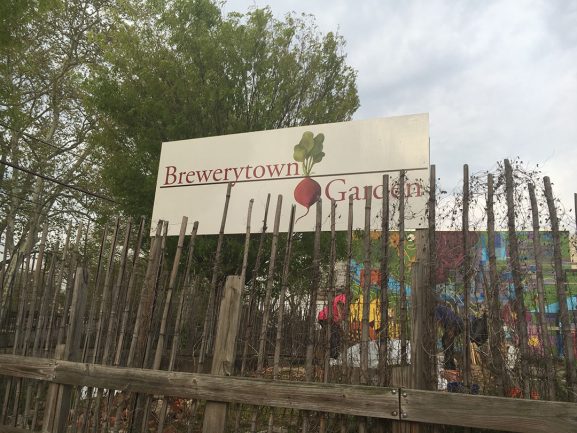