Frankford residents take matters into their own hands.

At a spring community meeting at St. Mark’s Church on Frankford Avenue, residents discussed the growing epidemic of violence in the neighborhood. According to Philadelphia Inquirer’s Crime in Philadelphia Database, 43 violent crimes occurred in Frankford from March 5th to April 4th, with a majority of them involving assault. Community members at the meeting also voiced their concerns about children as young as 10-years-old having access to guns.

However, area leaders have not lost hope. Religious figures and an organization called Philadelphia Ceasefire believe they have the tools to combat this epidemic. 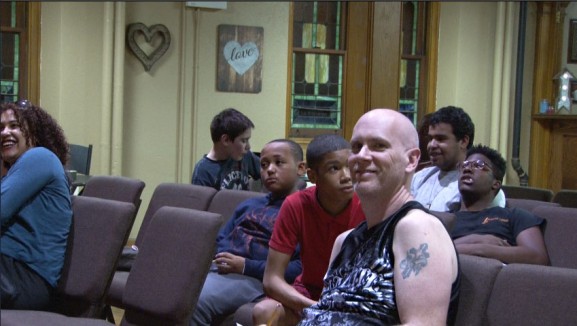 Robert Cook became the pastor of St. James Lutheran Church in September and has already made an impact in the community. At his church, he runs a variety of programs for children and young adults, including a preschool, a ministry for adults ages 18 to 35 and the 252 Underground Youth Group, which Cook initially began in 2006 in  Landsdale. The youth group was designed to give teens a safe space to have fun and learn about God, so that they would avoid drugs and violent behavior.

Cook said he was a troubled teen himself. He was first arrested at age 11 for breaking and entering into a factory. After that, Cook said his deviant behavior escalated. He robbed people and even began to sell drugs. He said that one time, he stole a car from Florida and drove it back to Pennsylvania with 3 pounds of stolen marijuana.

“It just got worse and worse,” Cook said.

At age 28, however, Cook said he turned his life around when he began volunteering with a church and working with its children. He eventually realized that he wanted to do more for at-risk youth. Cook said some churches that he has encountered, are not fond of teens, and as a result, do not reach out to them.

“When I started bringing kids into this church, the church was like, ‘Well, we don’t want them here because they’re smoking, drinking and cursing,'” Cook said. “Someone even said they didn’t want them because they were wearing ACDC shirts. I was like, ‘That’s so crazy.'”

Cook said at-risk teens will have more trouble changing bad behaviors if churches are not welcoming to them. At St. James, Cook works with these troubled teens to ensure that they can turn their lives around.

“That’s how we change communities,” Cook said. “They’re not going to be in prison because we’re breaking the cycle. They’ll be in a positive mindset.” 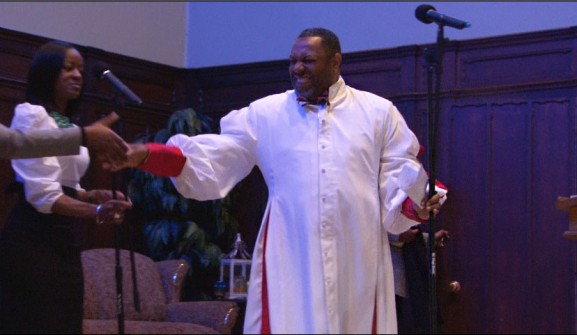 Michael Couch is the pastor of New Beginnings Baptist Church, which runs a variety of programs to engage Frankford youth, including a flag football team, resume writing and entrepreneurship workshops and assistance to obtain driver’s licenses.

“There are a lot of kids whose fathers are dead, are in prison or just separated from their moms,” Couch said. “So, we need to embrace these kids into our church and our ministry.”

Couch said he used to come to Frankford a lot when he was younger. His mother worked at Warren G. Harding Middle School on Torresdale Avenue, a school that many of his peers attended. Couch said the community hasn’t changed much since the 1980s, when the crack-cocaine epidemic emerged.

“There was a lot of crime,” Couch said. “The gun violence and the drug infestation was playing a role because of the crack.”

“There used to be respect in the community but now there’s no respect for anybody,” Couch said. “That’s what happens when the church decides to let go the reigns. Then, the community falls apart.” 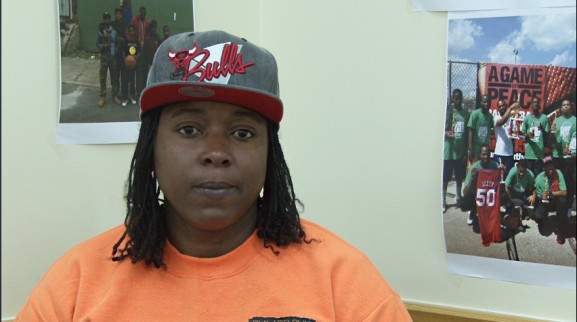 Philadelphia Ceasefire is a a violence intervention organization based out of Temple University’s Center for Bioethics, working to prevent homicides and shootings in the city.

Ceasefire uses the “street credibility” of its team members to connect with youth who may be prone to violent behavior. Some of the team members were involved with violence in the past and have even been to prison, but eventually decided to turn their lives around.

“You have breaking points on the streets when you just get tired of it,” said Shakia Fudge, a Ceasefire team member who served time in prison. “Even if you didn’t go to prison, you can come to that point.”

Robert Harris, a Ceasefire team member, said the organization does not arrest individuals. Harris said team members walk the streets and break up conflicts through mediation. They impart words of wisdom from their experiences on the streets.

“We talk to them and give them our life history,” Harris said. “I used to fight too, so I tell them that.”

Harris said he tries to reason with youth to dissuade them from escalating problems further. Once problems escalate, Harris said, some youths do not hesitate to pick up a gun.

“It’s just education,” Harris said. “Some of them just don’t take the time to sit down and think about the consequences.”

Ceasefire representatives at the Frankford community meeting on violence said they need $250,000 to provide resources such as peace rallies, community events and educational materials neighborhood youth.

Harris believes that it is worth it.

“This work is important to me because I was one of the ones who tore down my neighborhood,” he said. “Through this, I can help bring my neighborhood back up.”

Frankford native Chris Gulledge strongly believes that unlike Batman and other fictional characters admired by children, fathers are the real heroes. Once a struggling single parent, Gulledge knows first hand how difficult parenthood can be [Read More]

The busy intersection and square where Cottman and Frankford avenues meet is commonly referred to as the heart of Philadelphia’s Mayfair section. It’s where the green and white “Welcome to Mayfair” sign resides and where [Read More]

The Frankford branch of the Boys and Girls Clubs opened in 1938 and has been serving the youth of Frankford ever since. “I’m 61 years old and I started coming here when I was 10 years old,” [Read More]