It was 8:40 a.m. on a recent sunny, spring-like day. In addition to the birds chirping, chatter could be heard as a line from the front of St. John’s Evangelical Lutheran Church wrapped around Sackett Street onto Tyson Avenue. Many were gathering and waiting for the Feast of Justice’s Community Cupboard to open.

Feast of Justice serves more than 1,800 households in the Northeast Philadelphia area. Individuals that have a self-proclaimed need are welcome to participate in the Community Cupboard.

This food pantry exemplifies a trip to the grocery store. People come, usually with their own reusable food bags, and have a volunteer “shopper” help walk them through the pantry. They grab a shopping cart and begin pacing the aisles. 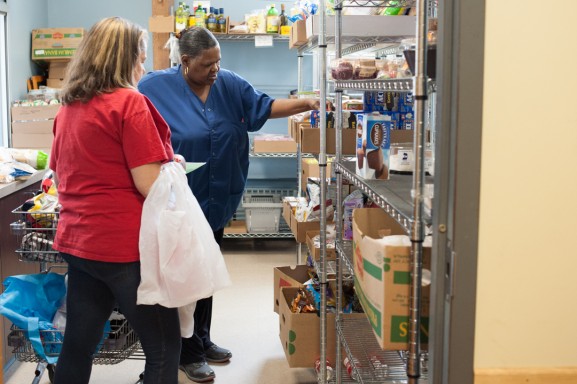 The amount of each specific food they are allotted is based on their need. There are drinks, cereals, canned vegetables, soups, chickens, various meats, baby food, bread, desserts, and fresh fruits and vegetables.

However, with the recent store closings from the chain Great Atlantic & Pacific Tea Co. (A&P), the fresh produce available to Feast of Justice has dropped more than 60 percent within the past few months, according to the pantry director, Pastor Tricia Neale.

The A&P supermarket chain, which includes names like Pathmark and Superfresh, filed for bankruptcy for the second time in just five years in July 2015. Some stores were bought by rivals like Acme, but others are simply being closed.

This doesn’t just create a major problem for food pantries in the city seeking to aid low-income areas, it is also catastrophic for families living in food deserts. The U.S. Department of Agriculture defines a food desert as at least 33 percent of the tract’s population or a minimum of 500 people in the tract must have low access to a supermarket or large grocery store.

Families living in food deserts sometimes end up buying unhealthy and processed foods from a nearby convenience store, or spend more time and money (that they may not have) to get to a supermarket where fresh produce is available.

Stefanie Arck-Baynes, deputy director of communications for Philabundance, said that the closings have affected the type and amount of food they distribute. 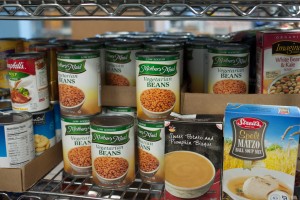 “The closure affected Philabundance as these chains were partners of ours, often delivering food directly to some of Philabundance’s 350 agencies in nine counties,” Arck-Baynes said. “We are looking into other ways to make up for this loss to help feed the more than 750,000 people in our area in need.”

One of those strategies for amending the loss incurred by the closings of A&P’s grocery stores is by seeking new grocery partners to be a part of Philabundance’s Grocers Against Hunger program. Arck-Baynes said two large chains are on the horizon to commit to the program in the spring, and they already brought on Snap Kitchen.

While some food pantries prefer to offer their shoppers fresh produce, others don’t want the hassle of dealing with it.

“I don’t want to deal too much with fresh produce because it’s hard to get rid of, so it sits here and it becomes molded, rotten, and I throw it out,” said Doris Seldon, president of the Resident Council at Oxford Village.

Seldon also mentioned the ability for the Oxford Village shoppers to go to Philabundance’s Fresh for All location at the Houseman Recreation Center at Summerdale and Godfrey avenues. 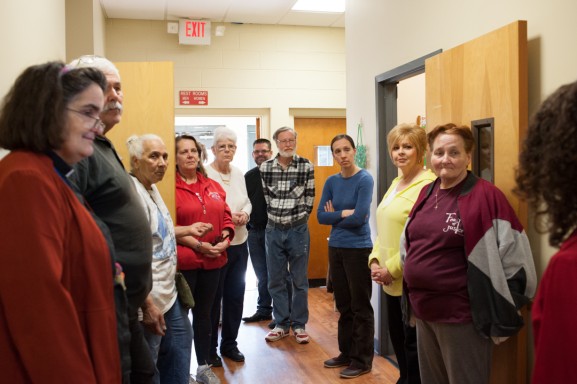 Neale, the director of Feast of Justice, believes it’s vital to offer her guests fresh food each time they come. A lot of the food offered through its Community Cupboard comes from Philabundance, but Philabundance also connects them to local grocery stores as well.

“We’ve had local grocery stores closing left and right and we’ve lost a lot of our partners,” said Neale.

These closings have forced the cupboard to seek out more funding to be able to purchase fresh fruits and vegetables.

Since the A&P filed for bankruptcy, many are eager to see how the city will aid the areas dealing with food insecurity.

“To say to a family, ‘I’m sorry, we don’t have anything fresh for you today,’ or ‘We have a lot of processed foods,’ is just not in any way helping the system,” said Neale. “So we do what we can to overcome those (store closings).” 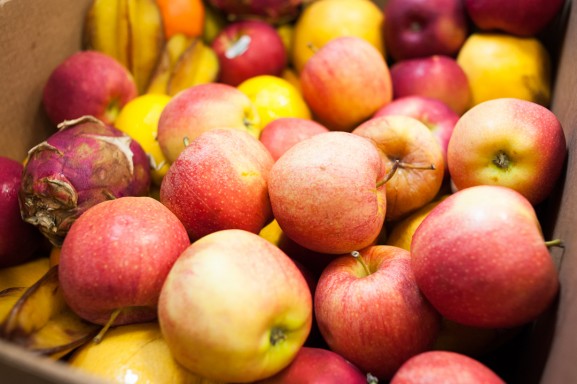 PhiladelphiaNeighborhoods.com compared COVID-19 case, hospitalization and death data from the Philadelphia Department of Public Health to demographic data from the Census Bureau to see exactly who and where the coronavirus has hit hardest. [Read More]

Food diversity is a part of the Chinese culture due to the abundance of local resources in the different areas of China. When Chinese immigrants came to America, they brought their cooking styles along with [Read More]

Powelton Village: Warmth for the Winter at Reed’s Coffee House