As education budget cuts have spread throughout the state of Pennsylvania, building closures present a way for school districts to quickly lower their costs.

In Philadelphia, a large wave of closings occurred in 2013. During this time, the School District of Philadelphia closed 23 schools to help shrink a looming financial deficit of more than $1 billion. While these closings shrank operational costs, the selling of the vacant properties offered another revenue option.

Once full of students, these buildings stand today as a physical reminder of what each community lost when their school was shut down. 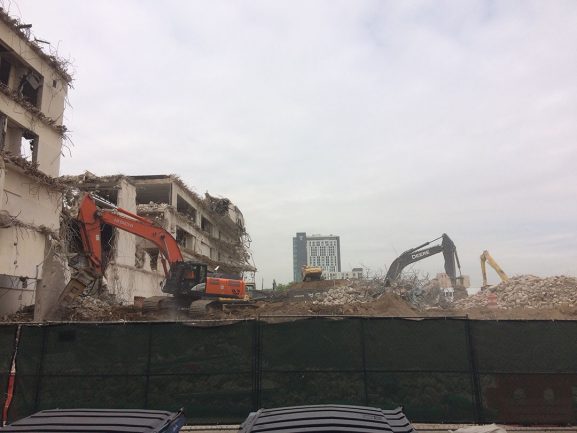 Located at 1333 North Broad Street, William Penn High School was closed in 2011. After standing vacant for several years, the property was purchased by Temple University.

In 2015, Temple was granted permission to clear the site for the construction of new campus recreational facility. The former school is currently being demolished. 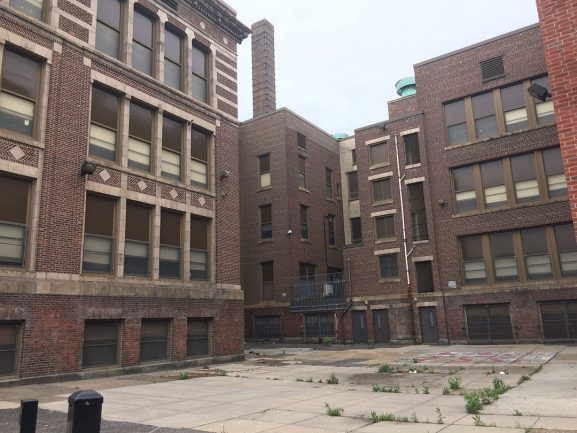 Not every school that closed was demolished. John G. Whittier Elementary School at 27th and Clearfield streets remains standing but has been boarded up and littered with garbage.

Signs are plastered on the front of the building advertising the sale of the vacant schools. After closing, the students at Whittier were transferred to Rhodes Elementary School, a few blocks away. 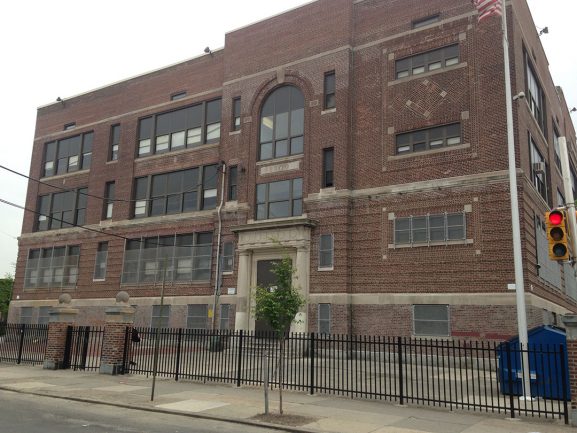 Thomas M. Pierce Elementary School at Cambria and 23rd streets was scheduled to be closed in 2013. After a School Reform Commission vote on March 7, 2013, Pierce and three other scheduled closings were cancelled. It remains an elementary school.

“I’ve seen the impact on neighborhoods when schools get shut down,” said Sonja Tucker, a former guidance counselor at Pierce. “Kids should know their neighborhood is good enough to maintain a school for their benefit.” 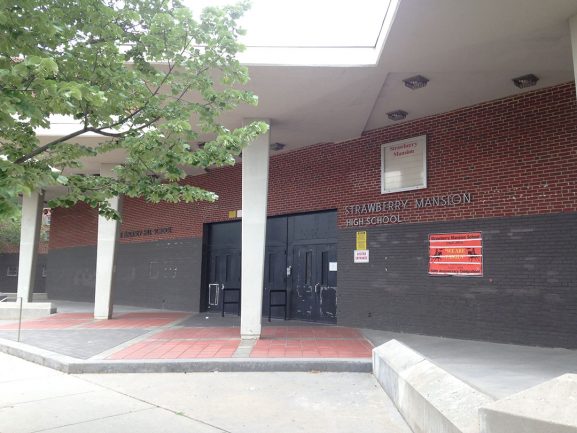 Strawberry Mansion High School, at Ridge and Susquehanna avenues, was one of the first schools to be saved out of the 37 initially slated for closing. In the end, 13 additional schools were saved from closure.

Roberts Vaux High School in North Central Philadelphia was one of the final 23 to be closed, and some of their students were then sent to Strawberry Mansion. 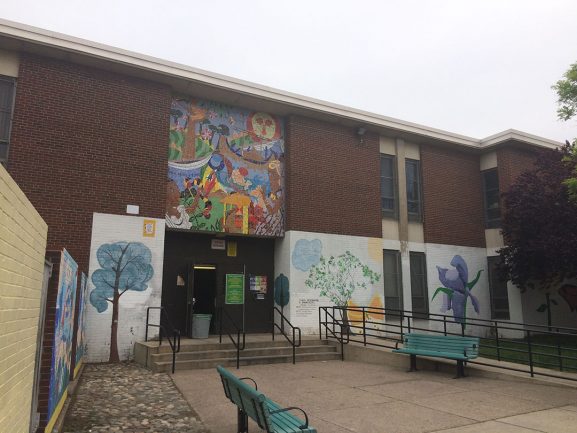 Tanner Duckrey Elementary School on Diamond and 16th streets was another school originally requested for closure. Since 2013, the school has undergone changes such as hiring Principal David Cohen.

“Duckrey has long roots of being a neighborhood school,” said Cohen, “With that said, had we closed, that would have impacted a lot of people around here.”

Students from the shuttered M.H. Stanton Elementary were transferred to Duckrey in 2013.

-Text and images by Ryan Snowden and Andreas Dienner.