Jim Hardy has been a social studies and world language teacher at Kensington Health Sciences Academy for almost 10 years. Hardy is a pillar in the community and one of the notable advocates for social change in Kensington.

Hardy co-founded the Teachers Action Group, an organization that aims to give educators a voice during the policy-making processes and also created a soccer club that promotes healthy social and physical activities and helps local kids and teens grow to become leaders and professionals.

Hardy has influenced parents, students, other teachers, and a community for positive change through activism and giving back. 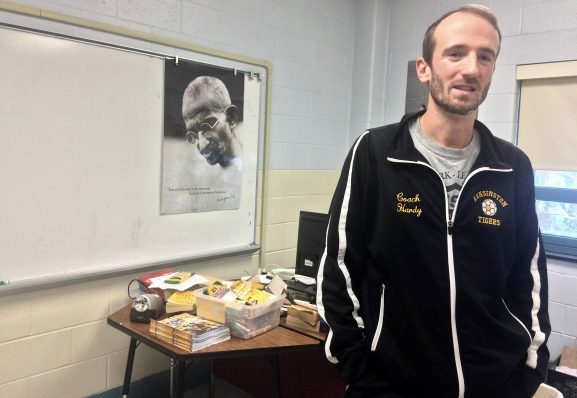 What inspired you to become a teacher?

My background is more in political and community organizing. I went to a conference in 2003 at Penn called the National Coalition of Education Activists. At the time, I wasn’t really thinking about becoming a teacher but I wanted to learn more about it. I met people there who have been teaching for years and were really engaged in community organizing and activism around education issues and that really inspired me to go back to school to become a teacher. 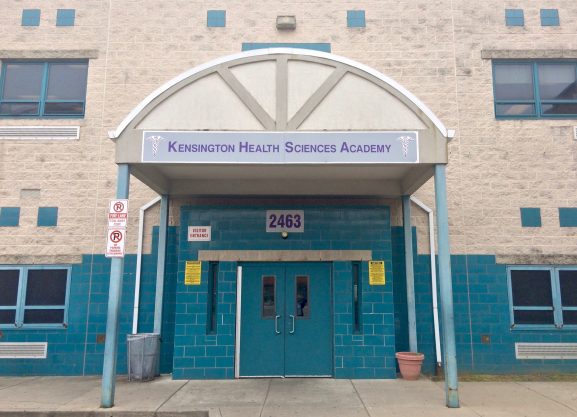 Is there a reason why you chose to teach at Kensington Health Science Academy?

When I was nearing the end of my time at Temple in 2006, I knew I wanted to teach in Kensington. Over the years I got involved with Kensington School and Community Coalition that was organized and spearheaded by the Youth United for Change.

The school was broken down into smaller schools, which was actually the main reason I wanted to teach at Kensington. I like the small schools’ initiatives and the involvement of community groups and student leadership; I like that they have legacy.

I was involved with that organization from 2006 until I started teaching here in 2007 and continuing on until it disbanded maybe four years later.

What steps did you take to get involved with the community?

My plan all along was to try and combine teaching with community organizing. [After my time at Temple] I started contacting community organizations and volunteering to get to know them better and get to know the community better. I moved to the neighborhood to further that process as well. I had been living in West Philly. I prefer to learn about things for a good long time to make my own initiatives and make sure it’s grounded in something without stepping on people’s toes and not based on ignorance.

For several years, I was going to meetings and volunteering with different groups like Taller Puertorriqueño, Norris Square Civic Association, Norris Square Neighborhood Projects and The Kensington Library.

I just wanted to contribute. That’s how I got started. 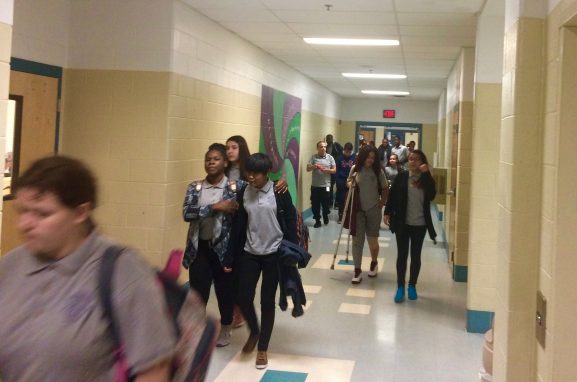 What other organizations are you currently involved with?

During [my time with Kensington School and Community Coalition] I did a lot of after-school programs with students at the school, the student newspaper, Gay Straight Alliance and various activities. I also saw the need for teachers to organize themselves to advocate for better public education, better circumstances and justice in the education system.

I was one of the co-founders of The Teacher Action Group in my second year of teaching. I worked a lot on that as well as Education not Incarceration.

When the NEA (National Education Association) came to Philadelphia in the mid 2000s, we used that as an opportunity to bring together different associations in the city to work on issues around the criminal justice as well as equality and equity in education and into a coalition. It’s been a while now since that organization ended up disbanding but it lead to a lot of other good work.

Can you tell us about the Kensington Soccer Club and your goals for the organization?

It’s a soccer club, but it’s a lot more than that.

The organization, soccer-wise, is Kensington Soccer Club but our motto is “community advancement through soccer.” We’re trying to do a lot of things. I guess you could say it’s like I’m trying to be as ambitious as possible, so it might sound a little crazy but we’re trying to bring together people from different parts of the neighborhood and draw connections to ease and prevent tensions in different sections of the neighborhood.

–Text and images by Regina Riley and Maya Knight.

As president of the Mantua Haverford Community Center, Richard Purdie is the heart of the neighborhood. He saw Mantua’s need for a reliable and safe place where children could get away from crime on the [continue reading…]

Residents of Yorktown and surrounding communities got a chance learn about and experience Holistic health practices recently. The Philly Wellness Association and the Saint Malachy School on North 11th Street near Master Street presented a [continue reading…]