Kevin Smith is president of the Manayunk Neighborhood Council, a not-for-profit civic association dedicated to promoting a unified and sustainable community in Manayunk.

Smith, who was raised in Southern California and moved to Manayunk about 20 years ago, sat down at Volo Coffeehouse on Main Street to discuss some of the issues and projects the council has recently been focused on.

How many members does the neighborhood council have?

Right now, about 80 paying members. We have an email newsletter with maybe 300 people on it. We have a monthly public meeting and we have board meetings.

What’s a big issue for the council right now?

St. Mary’s (Roman Catholic Church), which has been closed for two years now, is our new big thing. That’s being redeveloped and a developer is proposing 115 apartments, which is incredible overdevelopment. It’s right in the heart of a really dense neighborhood and it’s a rowhouse neighborhood.

That’s coming up because Manayunkers – people who have stuck it out and lived here – that’s 50 parking spaces that they’ve had use of. Those are people being pushed out of an area that has no space, so the stress level is going up. 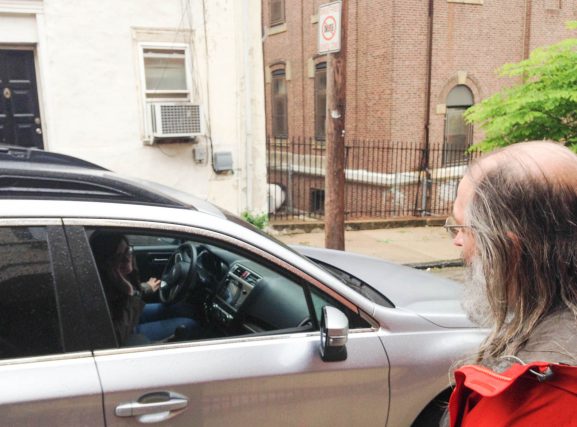 It seems there’s been a lot of redevelopment in Manayunk lately. What kind of consequences have you seen?

Every neighborhood has traffic and parking issues but in Manayunk, there’s a lot of them, in part because a lot of the older housing stock has rolled over into rentals to primarily college students. It’s a somewhat unruly group and they tend to pack four or five people in a house, so that’s upped the number of cars per house in areas that already don’t have off-street parking.

Would you be able to pinpoint when college students began populating Manayunk?

It kind of started 20 years ago. In the past you could never buy a house in Manayunk. It was always Grandma’s house would go to the grandkids and they would all turn over within families. That whole neighborhood structure basically began breaking down probably 30 years ago. People were moving out to the suburbs, so the kids would move out and leave Mom and Dad here. What we saw is when they got older, their houses would be kind of run down. Then a lot of those houses would go on the market for cheap and from there they would be picked up as rental properties.

How does the council go about keeping properties from becoming overdeveloped?

There’s not that many cases where we’re actually trying to stop development.

On (Venice Island), it’s inappropriate to have residential there because it floods regularly and has safety hazards. Every other city and state is trying to keep people out of the flood plane and here we’re taking them in. In the last couple years, there’s been several major floods. No one’s gotten hurt yet, but Venice Island is kind of a special case.

Up in the neighborhood, we just try to fight for development that makes sense. For example, the St. Mary’s lot. 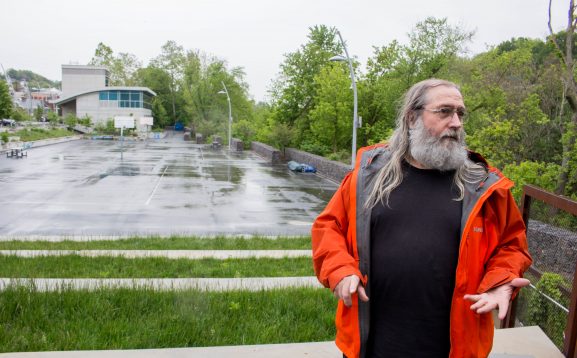 How does the council go about making sure its voice is heard?

Manayunk Neighborhood Council is a registered community organization. When a developer requests to do something, that requires a variance. They can just go get a permit to build a house, but if they want to build two houses, if they want to build it taller or whatever, then they have to get some kind of variance and that triggers this whole process. Then they’re required to meet with us.

Then we present the results of our meeting and our own opinion at a zoning hearing. We provide testimony. It’s a public hearing. Anybody can go. If it’s a really bad project that we feel really strongly about and we don’t like the zoning board’s decision, we can appeal it. It goes to city court, then to state court. We do that occasionally, but that costs money and time. We’re operating on shoestrings so that’s a big deal.

Are there other issues that the council deals with besides zoning and redevelopment?

Main Street, in general, is good during the day and it’s a problem weekend nights.

We’ve come up with a thing called the four-party agreement when a new restaurant wants to come in here. Our goal is, if you want to be a restaurant and behave like a restaurant, then that’s great. But if you want to behave like a bar for partying college students, then we don’t like that. The building owner signs it, the business owner signs it, the Manayunk Development Corporation signs it, and we sign it. Then they’re pretty locked in and it’s been really successful.

We run programs in Pretzel Park every summer. For the past four years, we’ve had a farmer’s market in Pretzel Park, which for us is a super big deal. It’s an ideal venue in a way. Parking is difficult, as it is with everything in Manayunk, but it’s stunning. It’s beautiful. It runs until November 19.

The council was instrumental in having Pretzel Park officially re-named from Manayunk Park to Pretzel Park in 2004. What made you want to do that?

Well, because that’s what it was. That’s what everybody called it. 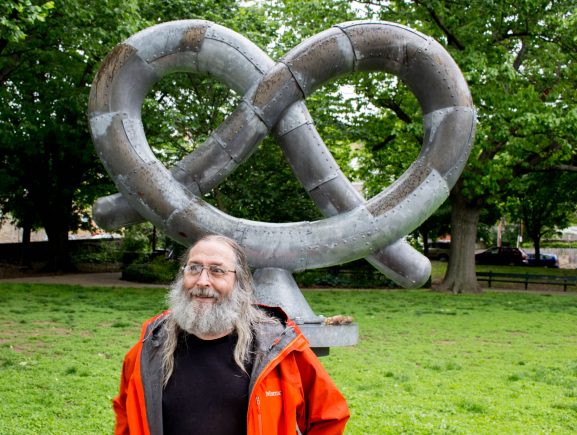 -Text and images by Kevin Barr and John N. McGuire.

While the one year anniversary of Sister Muhammad’s Kitchen re-opening approaches, the staff couldn’t help but appreciate how much of an impact the restaurant has had in the community. In 2011, Sister Muhammad Kitchen was [continue reading…]

Helen Hutchins attempted to sow wildflowers on the site at which her house sank into the earth. Hutchins’ residence was one of nearly 1,000 homes formerly located in the Logan neighborhood in an area known [continue reading…]