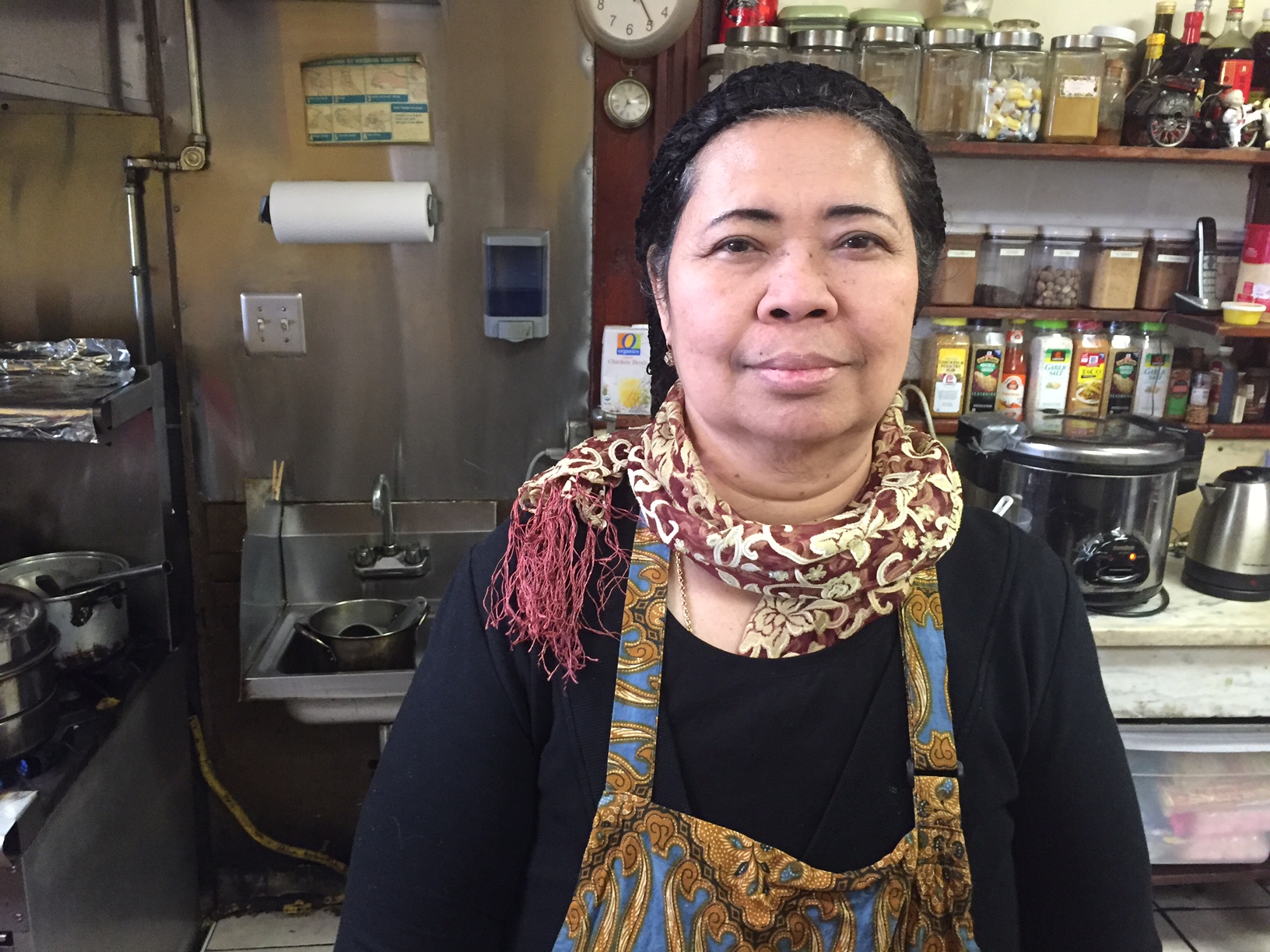 Ena Widjojo, her husband Harry Widjojo and their three daughters opened Hardena Resto in Newbold in 2001 after outgrowing their previous space at 8th and Tasker streets. The Widjojo’s are originally from Indonesia, where they had a little cantina in the Indonesian Consulate. The Widjojo’s traveled from Indonesia to New York to Philadelphia in 1990 and now call Philly their home.

There are more than 10,000 Indonesian people who live in the area, and that was what encouraged them to open the restaurant, said Ena. She explained that there were not a lot of Indonesian restaurants, so she wanted to open one for the Indonesian people in Philadelphia to enjoy.

“I wanted to tell everybody, to know, that we have Indonesian food here, and tell people about the Indonesian culture,” said Ena. 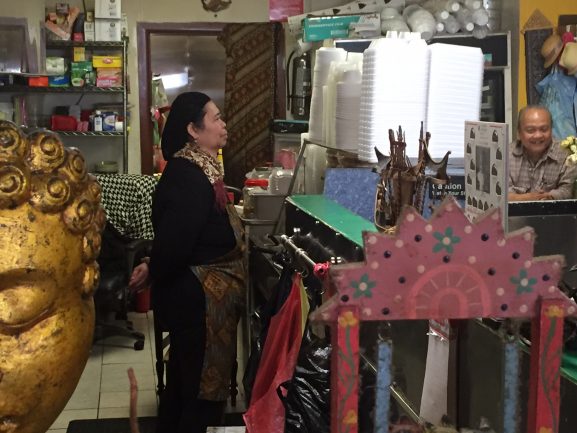 Ena likes all types of Indonesian foods and enjoys cooking the different kinds. She explained that foods are different throughout the country, with specific ingredients depending on what island in Indonesia the delicacy originates.

Ena always loved to cook. She knew she wanted to open a restaurant and work with her family.

Malio Widjojo, Ena’s oldest daughter, said she has been cooking with her mother for as long as she can remember. Malio said she learns new things from her mother everyday.

“I only know 30 percent of what she knows,” said Malio about her mother’s knowledge of everything when it comes to operating the family-owned restaurant. 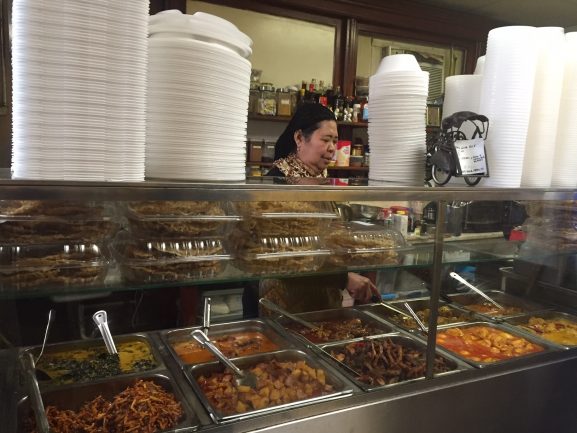 Every night for dinner, Ena cooks something different, something new. Korean barbeque is a household favorite and one of Ena’s specialties.

Harry knew that opening a restaurant would be perfect. The Widjojo’s agreed that working with family is better than working with anyone else. 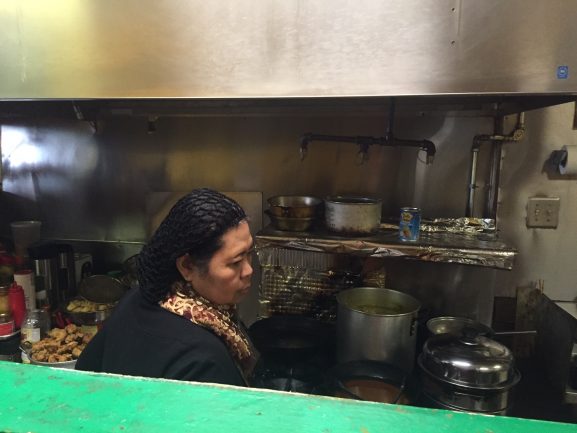 It had always been a dream of Ena’s to open a restaurant and luckily enough she did not face any obstacles in the process. Ena’s daughters would also like to open their own restaurant, though Ena said Malio will eventually take over Hardena.

Diner John Wheeler spoke about his experience eating at Hardena.

“My wife and I love Thai food, so we figured this would be a little bit different but still in the same ballpark,” said Wheeler. “We couldn’t have been happier with the food and the service. The couple was super, super nice.”

The Wheeler’s had heard about the restaurant through Anthony Bourdain’s website for restaurant’s to visit in Philadelphia. 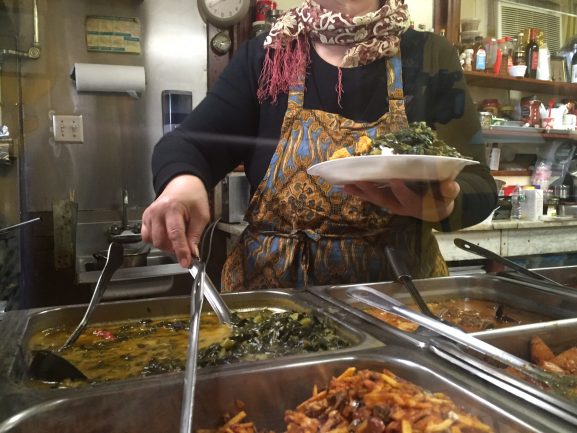 “We saw this place on the show and we knew that was exactly what we were looking for,” said Wheeler. “It was everything we wanted in a restaurant, so we were pretty happy.”

The home-like environment appeared to be appreciated by most of the restaurants customers, as most of them were appreciative towards Ena and Harry, thanking them repeatedly before leaving.

Ena cooks the food with true love and care. She succeeded in bringing authentic Indonesian food and culture to the Philadelphia area all while keeping it as home-style as possible.

-Text, images and video by Taylor Calta and Catherine Campana.

Conjure up an image of the average incoming Newboldian, and you just might get a vision of someone like Jeff Goldman. Goldman, upon approach in a crowd of The Pharmacy rock-concert patrons that looks akin [continue reading…]

If one issue which plagues the entire city exists, it’s parking. Due to the Philadelphia Parking Authority, recent enforcement of Pennsylvania State Law prohibiting parking on sidewalks, fury in South Philadelphia is rising as scooter [continue reading…]