When the School District of Philadelphia proposed 37 school closings in 2013, Tanner Duckrey Elementary School was scheduled to close its doors to roughly 300 students.

Duckrey’s fate changed when the School Reform Commission narrowed the list of closings to 24 and designated Duckrey as a receiving school. This meant Duckrey was now scheduled to take in nearly 300 new students from the soon to be closed M.H. Stanton Elementary School, only a few blocks north from Duckrey.

“We did a lot of petitions, a lot of signatures,” said Danita Bates, a parent and community coordinator at Duckrey. “My goal was to make sure that Duckrey stays open and that public education is the overall goal.”

With nearly twice the number of students coming into Duckrey, space inside the building was not the only concern. Staff and classroom size increases represented a turning point for the school.

“The transition went well,” Bates said. “It was rough in the beginning, and we had a couple principals throughout that.

Rene Schreiner, a first-grade teacher at Duckrey, transitioned to Duckrey from Leslie Hill School when it closed in 2013.

“Class sizes increased… and the school population increased. We really didn’t have a lot of extra help so it was a lot of kids to one teacher.”

As the size of the school changed, so did the leadership. In 2014, Duckrey brought on David Cohen as principal. Cohen had previously taught fourth grade in the William Penn School District and, after serving as a dean for three years, he became the principal of alternative schools. After coming to Duckrey in 2014, Cohen said he realized the challenges of operating schools in low-income areas.

“I immediately saw the discrepancy between schools,” Cohen said. “It kept me wanting to work in title one schools and urban education.” 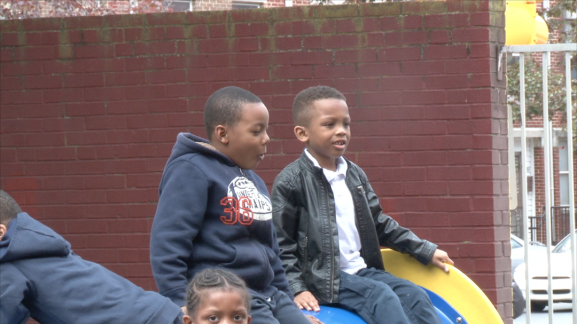 Since taking his leadership role at Duckrey, Cohen has placed an emphasis on both structure and student relations. He has instated various measures such as increased communication from students to teachers, stricter late policies, and making sure students eat lunch as a group.

“Now that we have Mr. Cohen, who is fabulous, it is easier, ” Bates added. “He is more open and easier to talk and work with. At the end of the day, students are learning and resources are moving.”

Even with budget setbacks and difficulties throughout Philadelphia’s education system, Cohen said there is a path to success.

“If we work as a team, then we can get it done,” he said. “This is what we have, so how can we as a team with the folks that we have get it done. We strategize from the minute the kids walk in the door to when they’re going home to make sure we’re mapping out that plan.”

“The point of being on a team is to have a common goal,” Cohen added. “That goal is to educate the students the best we can with what we have.” 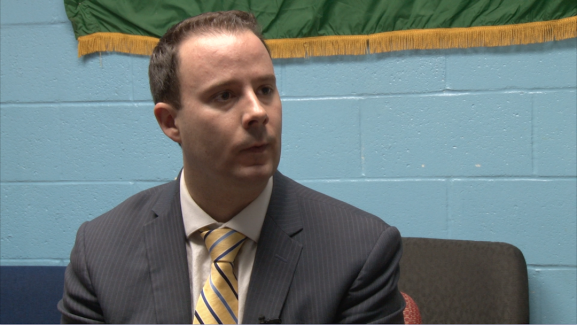 Students and teachers at Duckrey have taken notice of Cohen’s leadership abilities. Tyjir Hirston, an eighth-grade student at Duckrey, said Cohen cares about helping the students.

“He helped make the school much better and cleaner,” Hirston said. “Outside we got a new paint job and courts and stuff like that. He does better than my other school’s principal, Mr. Cohen has good control of us.”

-Text, video and images by Andreas Dienner and Ryan Snowden.

Helping connect local residents to health and civic organizations is the purpose behind the annual Sugarcane Festival in North Philadelphia now in its eighth year. The idea for the festival came to Asociación Puertorriqueños en [Read More]

Fishtown: Donations of Prom Dresses for Girls in Need

Maryelis Santiago recently realized that many young girls might not be able to afford prom attire due to financial shortcomings. Hoping that girls may get the dresses they deserve, Santiago has formed a prom dress [Read More]

Since last September, the Somerset Neighbors for Better Living has tackled the topic of what to do with vacant lots during its monthly meetings. This civic association in Kensington is now ready to roll of [Read More]