Jesse Gardner is the key holder to the art gallery, Unsung Heroes . Here, at 2024 E. Arizona St., double life-sized painted portraits of firefighters hang on the walls. But on the first Friday of each month, Gardner’s gallery takes on a very different role as he welcomes Fishtown residents into his creative space. Even though he practices Judaism, Gardner and residents in the neighborhood fight to preserve the first Polish Roman Catholic church in the city, St. Laurentius, 1608 E. Berks St. The future of the church is locked in a battle between developers and longtime residents and historical enthusiasts like Gardner.

Who, from the Fishtown community, comes to your gallery in an effort to save St. Laurentius?

The group (The Faithful Laurentians) that meets here is around 30 people at a time, but I would say we have 50 members for the record. And they’re not all from the church either. A good number of them are parishioners who want their church back, and there are some that are neighbors that see this building deteriorating and want to save it. 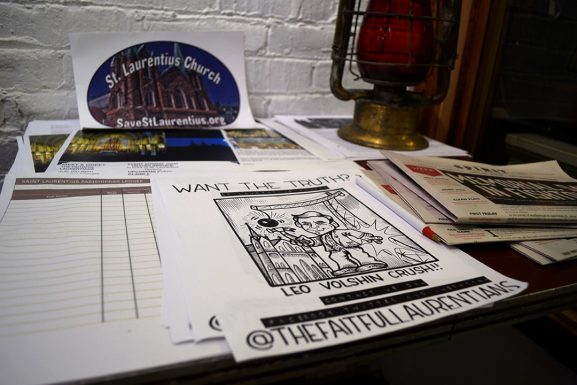 What motivated you to speak up for the church?

I’m an advocate for historic places. I went to court to save, and managed to save from demolition, the historic banks at Front and Norris streets. I’ve been doing it since I was a kid. I grew up with it. I feel a very strong feeling that these buildings are not ours. (British activist and poet) William Morris said it better, just to paraphrase: These beautiful historic buildings from the past are not ours. They’re simply ours to nurture, to care for and to pass on to the next generation. So they’re not ours to destroy.

What have you and the group implemented and seen happen because of your efforts so far?

Well, a huge one (that has been implemented) is the business plan. The group is setting up a 501(c)(3) non-profit. So this entity will own and manage the church as a community resource. It can be used for prayer service, for religious services, it’ll be used for events and weddings, sacred music or anything not profane, like a crazy wild Black Sabbath concert. So it essentially will function like a sacred space that can also be used as an event space, with an office and a few full-time staff and maintenance people, with a 10-year plan. It’s all been worked out and it’s all doable. 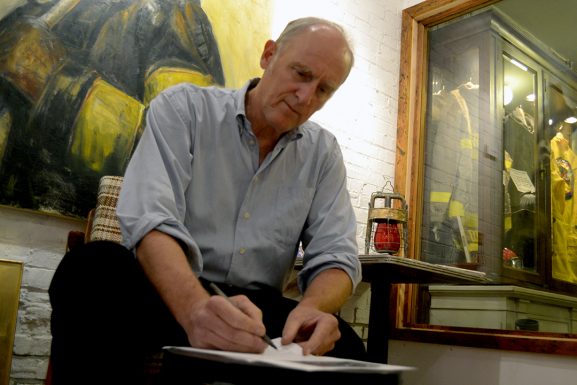 What is the developers’ plan?

They want to cram 24 apartments into this beautiful sanctuary, destroy all the interiors and windows. I’ve seen the plans, and the floors come straight into the windows, so the windows have to be removed, and so then what’s left of this sanctuary?

These (below) are similar to the materials that are in there. They’re oak. These are flex-oak flooring. We’re looking at restoring flooring and different options. 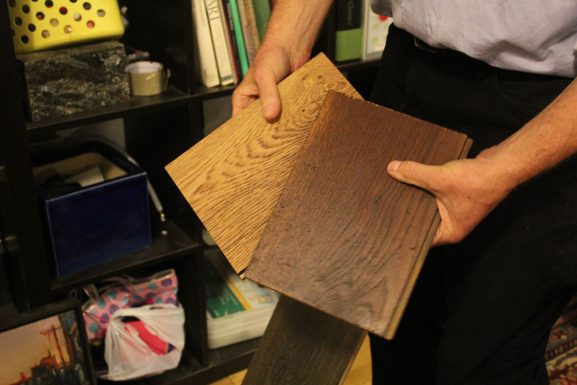 What does it mean to you to hold the meetings here?

What is something that you tell your members to keep them motivated?

You can’t lose (St. Laurentius) because every day you’ll pass it and not be allowed inside anymore. It’ll just be a shell, a reminder of what you lost. It might as well be a grave marker:  “Faith used to live here.”

–Texts and images by Shealyn Kilroy and Julia Jablonowski.

The committee board for the Trenton Avenue Arts Festival (TAAF) is attempting to expand the annual spring event beyond Trenton Avenue by adding a pub crawl to the list of activities. “TAAFter Dark is going [continue reading…]