The West Philadelphia neighborhood of Mantua has been getting nationwide attention for being a part of President Barack Obama’s Promise Zone project. This plan was set up in order to build safe public spaces and to strengthen federal assistance in housing, education and public safety. Today, a year after Mantua was designated as a Promise Zone, construction and development has indeed grown, but is it benefiting the exact neighborhood of Mantua? In the heart of Mantua, you will struggle to find a single set of scaffolding. However, once you move closer to University City, almost every street is bombarded with homes and apartments going through renovation. Highlighted below are some of the construction sites that skirt the edges of Mantua. 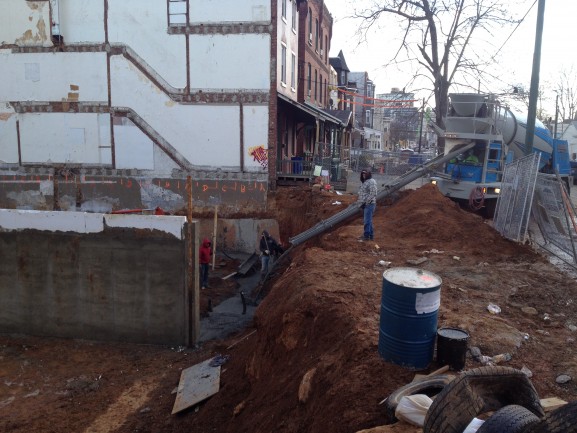 One of the many construction sites on 40th Street (above) is building from the ground up. What was once the location of Lloyd’s Moving Co. Inc., a moving business started in 1929, will soon transform into housing that will attempt to draw in students from Drexel and the University of Pennsylvania. 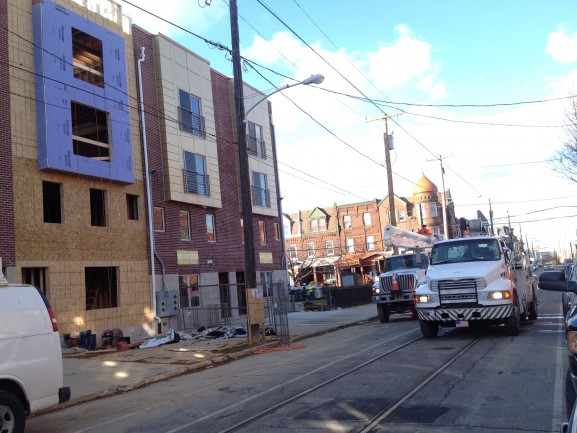 Yet another construction site on 40th Street is a cluster of quadplexes being made into student housing called 40/Spring. According to its website, rent ranges from $1,500 for a 2 bedroom, 2 bathroom unit and goes up to $2,700 for a 3 bedroom, 3 bath apartment. The latter option would cost a total of $10,800 for each student plus utilities if three people enter into a 12-month lease. This site sits directly across from a great mystery of forgotten development: the boarded up Greater Love Chapel. 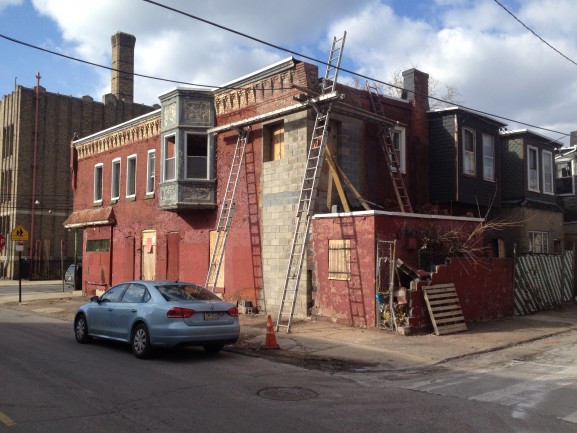 This site located at 44th and Aspen streets sits just across from Martha Washington Elementary School. The property used to be a small corner store but was gutted a few months ago. As it stands now, the building, connected to three other dwellings, is congruous with the houses on that side of Aspen Street. Cross 44th Street, however, and you’ll find modern townhouses and twins with fenced-in yards that were built as part of the 44th and Aspen Street Redevelopment plan that was laid out by City Council in 2002. Besides new homes, the plan encouraged housing rehabilitation between 42nd and 48th streets. 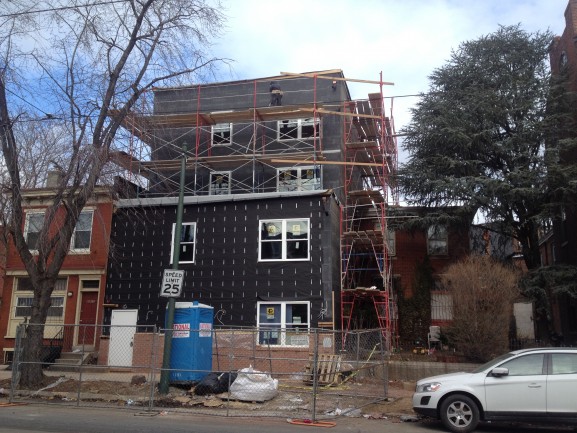 This project on Lancaster Avenue replaces a vacant lot. This construction, as well as most other projects, is taking place in the eastern portion of Mantua going towards Center City. According to city-data, homes and condos on the edges of this section are valued over $250,000. In contrast, residents who live across the way along Mantua Avenue are dealing with much lower property values, between $45,000 and $81,000. 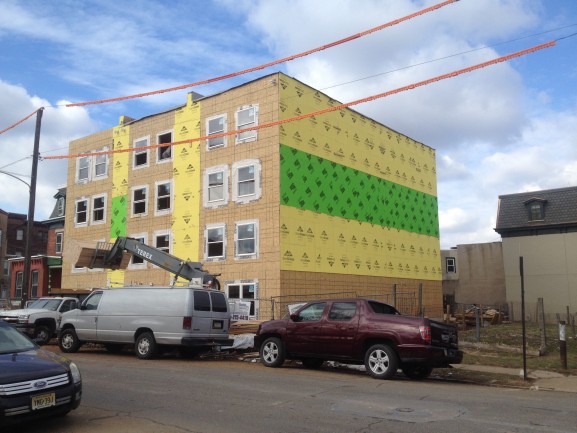 At the corner of Baring Street and Saunders Avenue is an apartment complex rising up in place of a lonely rowhome. The site is especially active, with workers literally throwing scrap wood from the newly installed windows. The boxy exterior of the building is vastly different from the adjacent homes with more ornate architecture. Before David Schwartz Contracting began its work here, this corner was also home to a small community flower garden.

– Photos and text by Chelsea Lacey-Mabe and Lera Salmon.

https://vimeo.com/44849427] For a public school built in 1914, it comes as no surprise the building doesn’t have a modern look, but the inside of the Henry C. Lea Elementary School in West Philadelphia is also [Read More]

It has been nearly three years since The Church of Jesus Christ of Latter-day Saints began constructing its Philadelphia temple (above). Standing tall on Vine Street, between 17th and 18th streets, there are only a [Read More]

At first glance, the 3300 block of Powelton Avenue looks to be just another block filled with student housing for nearby Drexel University students. Every house looks almost identical. The first house on the block [Read More]