South Street, which serves as the northern border for Queen Village, Hawthorne and Bella Vista, is an urban melting pot. Located just southeast of Center City, the corridor has a unique edge and several can’t-miss places to eat in the area. 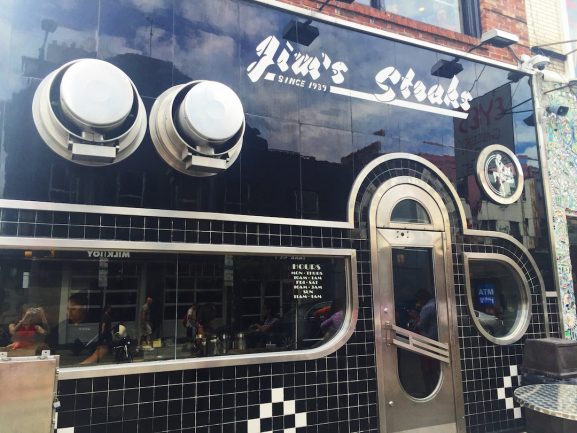 Ah, the classic Philadelphia cheesesteak. That’s what this city is known for! There’s always an argument over which popular cheesesteak restaurant holds the title for the best meat-and-cheese filled sandwich. Located on a corner, Jim’s Steaks is one of the most visited restaurants in the city. Customers go for the experience of watching their mouth watering cheesesteak be made right in front of their eyes. “Whoever argues over Pat’s and Geno’s is wrong – Jim’s is where it’s at,” said customer Tyler Jensen. 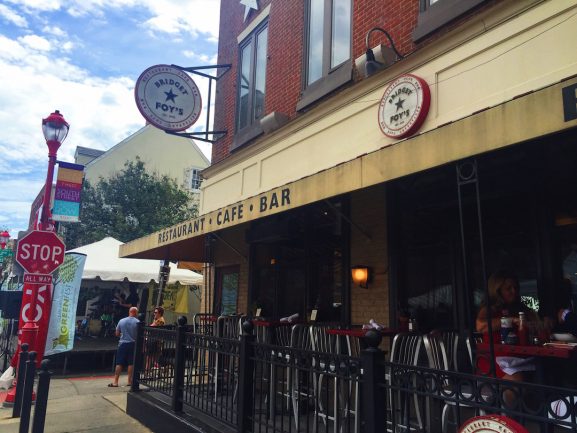 At the popular corner of South and 2nd streets stands a restaurant serving up breakfast, lunch and dinner. Originally called East Philly Cafe, the owners changed the name in 1982 after their daughter was born. Customers John Donde and wife Sheri, who are from the area, enjoyed brunch recently while praising the cuisine. “The food is a little bit on the unique side. My breakfast, I could never order anywhere else,” said Donde. They both said they can’t get enough of the grits! 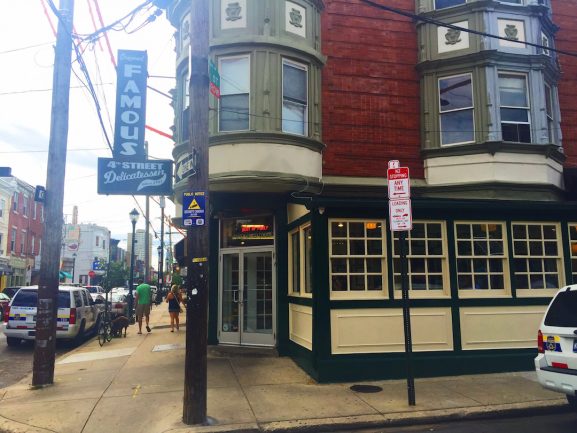 Just a block off South Street stands the, you guessed it, famous 4th Street Delicatessen. Dating back to 1923, it’s one of the oldest shops in this section of town. Its menu ranges from hot lunch meat sandwiches to seafood salads, breakfast and Jewish platters like kasha, kreplach and potato pancakes. Plus, the deli is known for its cookies. Chelsea Castelli, a regular customer, thinks the food is only one reason to check out this place. “The feeling of being in one of the oldest restaurants in the city definitely adds to the experience,” she said. 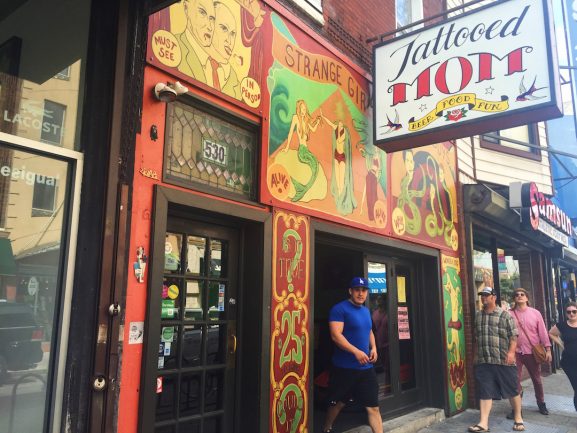 Don’t let the name fool you. The Tattooed Mom is actually a bar filled with bright colored walls and pool tables. South Street is a place for energy and crowds, and that’s exactly what you’ll get when you enter this hipster bar. “I come here for Taco Tuesday a lot,” said customer Dana Ritter. “It’s a can’t miss! I mean, they’re literally a dollar. How could you pass that up?” 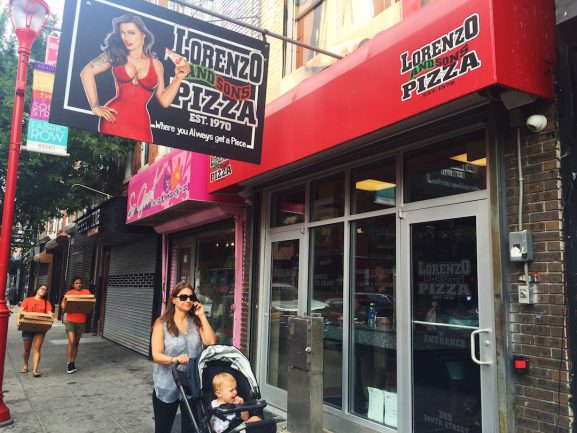 Famous for pizza slices bigger than most customers’ heads, Lorenzo and Sons has been serving Philadelphians since 1970. Bill Ciancaglini, a customer of 10 years, lives in South Philadelphia and chooses to drive just to come to Lorenzo and Sons. “I pass like 50 other pizza places on my way here, but it’s the best pizza in the city,” said Ciancaglini. “It makes me full like Thanksgiving day.”

– Text and images by Marissa Giletto and Kylie Winkler

Kids who attend L.P. Hill Elementary School rarely get to experience life outside of Strawberry Mansion. The main reason for this is the parents’ economic status. They simply cannot afford to take their children on [Read More]

Tech-savvy consumers often look ahead to the next best thing. However, there are times when repairing computers, phones and other devices is a better deal than buying new equipment. There are many tech repair shops [Read More]