At Rice’s Barber shop in Overbrook, four chairs sit on top of black and green tiled floors. There are televisions on either side of the room airing a movie, and music plays in the background.

On a recent Friday afternoon, a few young men filtered in with their dad and the conversation started.

“This is a black man’s country club,” said Hakim “Jeff Dog” Skinner, a 60-year-old barber who has spent the last six years working at Rice’s. “The same thing you talk about on the Back 9, we talk about it in here.”

Michael Williams, the other barber working at the shop that day, finished a high-top fade for a young man. The young man looked at his haircut in the mirror and smiled.

“I’ve been here for 30 years,” Williams said. “I’ve seen a lot of kids grow up in the barber shop, and too many have died.”

The barbers and the customers ran through a gamut of topics that afternoon. 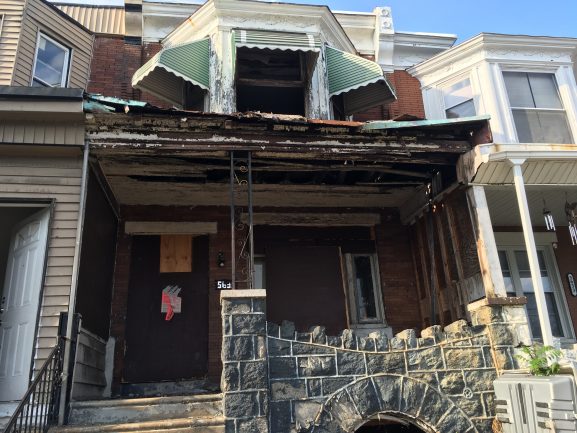 The quality of the houses

When Williams started working at the barber shop, he said the neighborhood was in great condition.

The homes were new, the properties were clean and the area was promising.

“The quality of the neighborhood has gone down,” said Williams (below). “We need to fix up the outsides of the houses, re-do all the windows and just doing random things outside of the house. It doesn’t have to be special. It needs to happen, a lot of people just don’t do anything.” 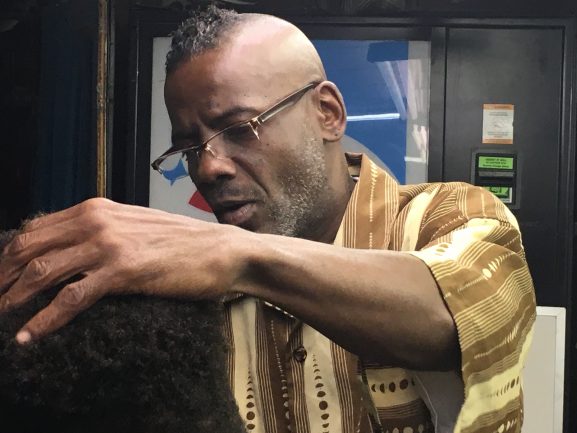 The shop was anxious to see how the Eagles would fare in their season opener.

Holding a copy of Friday’s Philadelphia Daily News, one customer talked about the Eagles’ new quarterback, Carson Wentz, and how he’ll fare in his first pro action.

The Sixers come up shortly, but the conversation eventually strays back to the neighborhood. 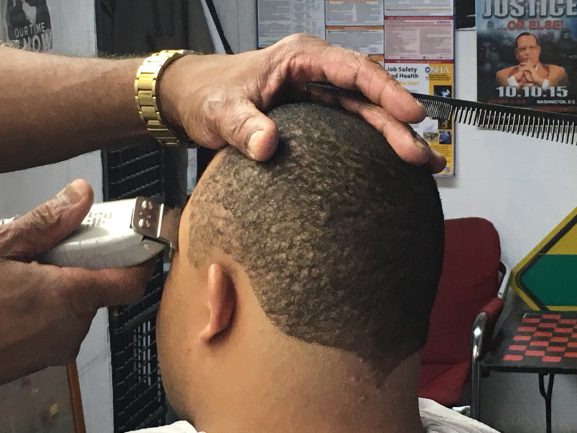 The diminished sense of community

Skinner, who has lived in Philadelphia all his life, said the community aspect of the neighborhood has wasted away over the years.

“The only way we’re all going to make it, is if we all make it together,” Skinner said.

“Everyone used to have sugar,” he added about the generosity of neighbors. 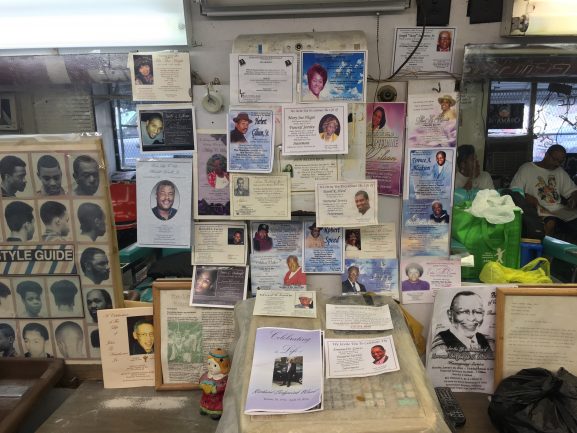 One of the unoccupied chairs in the barbershop faces a wall covered with funeral programs.

While the majority of them appear to be for men and women past their 20s, several young faces are scattered across the wall.

Williams said that while the violence hasn’t increased drastically in the area, it’s been consistent.

Skinner added the change in culture has contributed to shootings in the area.

“It used to be, you fight, you win, you lose, we get back tomorrow and try it again, and in a few years we’re best of friends,” he said. “You can’t be best friends with a dead guy.” 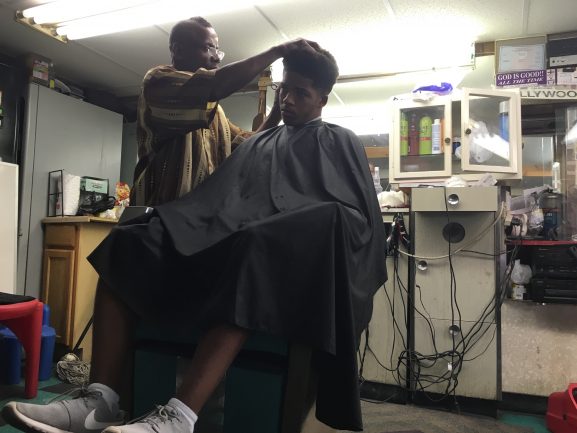 Whether it’s regarding the aforementioned violence, or general conduct, Williams and Skinner have taken on the responsibility to teach the young men and women who come into the shop.

“You have to take measure of the seriousness of the actions that they take,” Skinner said.

“We school the young guys all day long,” he added. “If you come in this shop, you act a certain way. When you cross through that door, it’s strict order. … When you set standards, and you teach standards.”

– Text and images by E.J. Smith and Kevin Glasson

The last thing anyone would expect to see in West Philadelphia would be a Fencing academy. But the unexpected is always possible. Located at 3519 Lancaster Avenue is the Fencing Academy of Philadelphia. Fencing isn’t [Read More]

West Philadelphia: One Brick Philly Helping Non-Profits in the City