It’s not easy to find a job fresh off house arrest. Luckily for “Buddha,” as Eugene Thomas is affectionately referred to, a quick call to Rep. Jason Dawkins solved that problem.

Thomas, 27, has been the corridor cleaning manager at Frankford Community Development Corporation for the past three years. After graduating from Frankford High School and receiving a scholarship to attend culinary school in New Hampshire, Thomas has found a new calling in community service.

What do you do day-to-day to help out the community?

With the corridor cleaning manager position, I supervise three people on payroll that clean between 5200 of Frankford Avenue, all the way to 4200. They clean up about three times per week.

I also deal with the volunteers – the people who need community service hours around this neighborhood. They’ll usually come to me. I was working with probation. Probation was sending me people who need hours. They’ll come and I’ll have them out cleaning or doing park clean ups.

How does being from the area help working with those who are on probation?

It’s kind of a struggle. I’m like a “yes man.” They’re writing on Instagram or texting me all day long asking to help them with letters to go to court with or they need community service hours. It’s good helping them but at the same time it’s a lot on my plate.

I like doing it. It also shows them that … I’m still out there. I hang around the neighborhood sometimes. I don’t live here anymore but I’ll still be around. It’s good that I’m a resource, especially to the young kids. 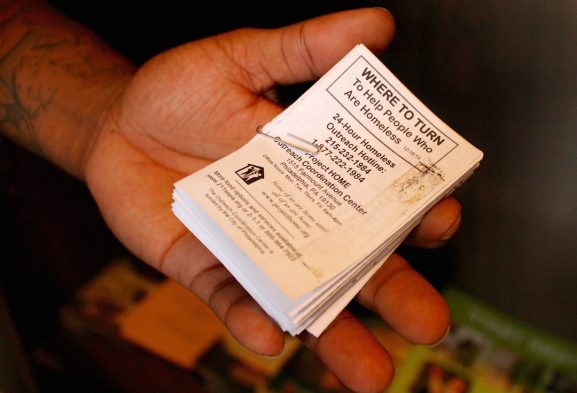 What is the most remarkable thing you remember that you know you’ve played a huge role in?

My first or second year I did a clean up with the Travis Manion Foundation. They brought out like 200 volunteers from all different neighborhoods to come down to my neighborhood and clean up the whole avenue.

What is your plan for the future? Is there a goal you’re trying to set within the next couple years?

With my job and on the side of my job, I do a mentor program. It’s called a Power Circle.

I’m trying to accomplish – to have at least like a hundred teenagers under my wing. So when I do have events or stuff with my job, I can get them to automatically volunteer. That’s my major goal.

Right now I’m at like 30 to 40 kids but I’m not getting a budget to pay for them so I have to control the kids. I’m getting kids from The Bridge – it’s called “The Bridge,” it’s like this intern center. They bring some of their kids to come fill in with our kids. We have people come out and talk to them each week. We feed them, stuff like that. That’s my major goal, conjoined with my job, too, so I have to keep it within the same boundary.

Can you explain the Power Circle?

That program is me and my partner. Her name is Ifesha. I get help from the CDC if I need help with anything. Each Tuesday, 5:30 to 7:30-8, it’s at the Boys and Girls Club.

I got kids from Frankford High School, kids from around the neighborhood, kids that go to the club already, and the Bridge kids. After school, there’s nothing to do any more for the kids so we just give them a chance to be comfortable with stuff they can’t talk about with their teachers or their mom.

It’s called a Power Circle for a reason because we all sit around. Everybody is equal. We bring people to help them with college. Each week we have something different. Somebody that went to jail, came home and made a success story, teach them right and wrong stuff. It’s a good program. 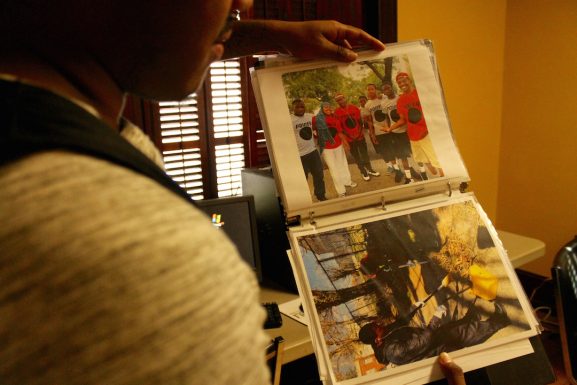 Has there been any sense of redevelopment?

I don’t know if that’s changing right now as we speak. I can’t answer that really. Outsiders are talking bad on it and I think other developers are doing the same.

We do our end to make changes in the neighborhood, then developers will start coming and providing more jobs. Right now there’s no jobs. No places that neighborhood people can go to and get a job within the neighborhood. I think those come along with time.

Are there any businesses that you know that really stand out in this neighborhood or any that you would like to see?

I think maybe a gym. We’ve been talking about trying to get a supermarket. Hopefully that will provide a lot of jobs for people. There is a supermarket but it’s about to shut down – this week.

If you were to be given any type of resource to make your program better, what would that be?

I would need up-to-date equipment that downtown and other places have. They have street sweepers and nice blowers. I have the man power. We need better equipment. Right now we clean up and it gets dirty fast.

I need the business owners to participate to keep their business clean but they don’t do it. They don’t care.

-Text and images by Jared Phillips and Sabrina Silva.

The question “if not me, then who?” is central to a new program developed by the Travis Manion Foundation. In the Al Anbar Province of Iraq, 1st Lieutenant Travis Manion was killed when his group was [continue reading…]

The initial step towards the park was in 2013 when “Destination Frankford,” an arts-based plan that was included in the city of Philadelphia planning commission’s 2035 plan, was announced. [continue reading…]