Philadelphia and the Democratic Party have been closely aligned for several decades. The last Republican to be mayor of Philadelphia was Bernard Samuel, whose tenure at City Hall was completed in 1952. Since then, the citizens of Philadelphia have largely been represented by Democrats in city government, Harrisburg and Washington D.C.

Having won the previous 16 elections in a district that is majority Democrat, Taylor has championed some causes that Republicans typically aren’t affiliated with.

“I think labor should endorse more Republicans and I think Republicans should move towards their position as well,” Taylor said. “They deserve to be paid for that talent and that danger and I wish our guys (Republicans) would recognize it more.” 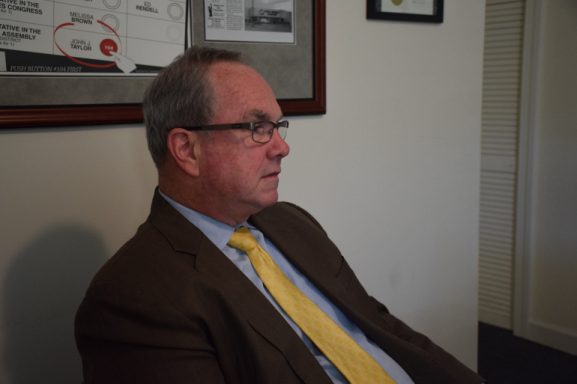 The pro-labor representation from Taylor, who is a third generation teamster, has landed him significant union endorsements, which bodes well while running to represent a district that is blue collar. Taylor’s strong support from the Union’s have led to him running unopposed in some elections, but this year he is not without a challenger.

Joe Hohenstein, a Frankford native who works as an immigration attorney, is the Democratic candidate challenging Taylor in this election. Hohenstein’s campaign acknowledges the success Taylor has had in the district, and has even produced signs that state, “Philly loves and underdog. Elect Joe Hohenstein, State Representative.”

When asked if he felt if he was an underdog, Hohenstein responded with, “I shouldn’t be because it’s a 65 percent Democratic district and it should be voting Democratic, but I think I would be fooling myself to think I can just waltz in as a rookie candidate.”

But Taylor has won 16 straight elections.

Hohenstein continued, “Anybody doing this for the first time against somebody who has been in the game for 32 years, like John’s been, yes, I have to consider myself the underdog.”

If there is to be common ground found between the two candidates, it is that they share similar views on labor. Taylor has received several union endorsements, such as the Pennsylvania AFL-CIO, Philadelphia AFL-CIO, and others, while Hohenstein was endorsed by SEIU and UFCW Local 1776. Despite this common bond on labor, the two talked at great length about just how different each other’s candidacies are and how differently each would handle being a state representative. 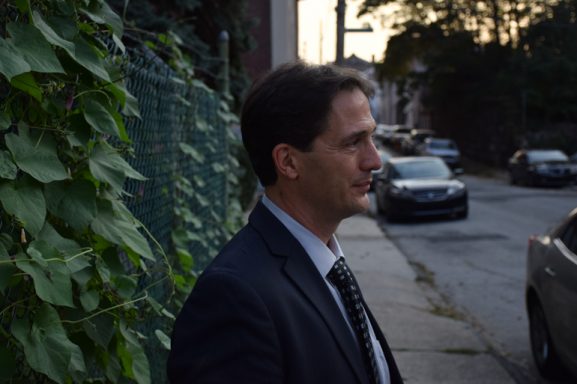 Taylor painted Hohenstein’s campaign being alone on an island.

“You’ll not see anybody for him,” Taylor remarked. “What local elected official is for my opponent? None. All Democrats. Is the mayor for him? Is the governor for him? Is the councilman for him? Are other state reps for him?”

While Taylor lambasts Hohenstein’s lack of endorsements from the Democratic Party, Hohenstein believes Taylor is one of the people who is responsible for the continued gridlock at the state capitol.

“There’s nobody more Harrisburg right now than John,” Hohenstein stated. “Last year, I recognized we had a budget fiasco that was just going to be a standoff. We weren’t going to get a budget and that it was very likely going to happen this year. Fortunately, it didn’t. But when I looked at it then and I said, ‘You know, we got to stand up and do the right thing here and actually run a strong campaign against John.’”

If elected, Hohenstein stated he will stress the importance of big corporations paying their fair share in taxes and the money for those taxes would be allocated toward education reform. As the son of a Philadelphia public school teacher and a Catholic school teacher, he talked extensively about what he sees as the current system of Pennsylvania’s public schools. 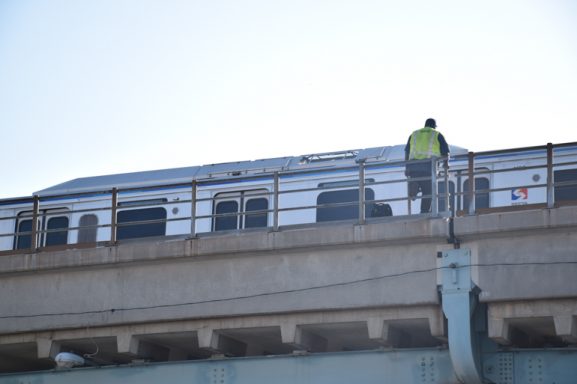 Taylor countered that it’s not as simple as his challenger believes. As much as he’d like to see increased funding for schools, the issues are complex and will take time to resolve.

For the first time, the River Wards Café on Richmond Avenue will be a polling place on Election Day. Owner Joe Livewell has refrained from endorsing either Taylor or Hohenstein but he said that he’s worked well with Taylor in the past.

“He is somebody that I’ve had a very good experience with when it comes to certain issues,” Livewell said.

– Text, video and images by Eric White and John Cole.

The 2016 presidential election has seen its candidates debating on everything from foreign policy to women’s rights, but one economic sector that has gone mostly overlooked by candidates is small businesses. The lack of attention [continue reading…]

According to community activist Sheila Bellamy, the voting for the primaries is usually low in numbers because many people do not see the importance. “In my district, there are 540-something registered voters, she said yesterday [continue reading…]